Working as a team 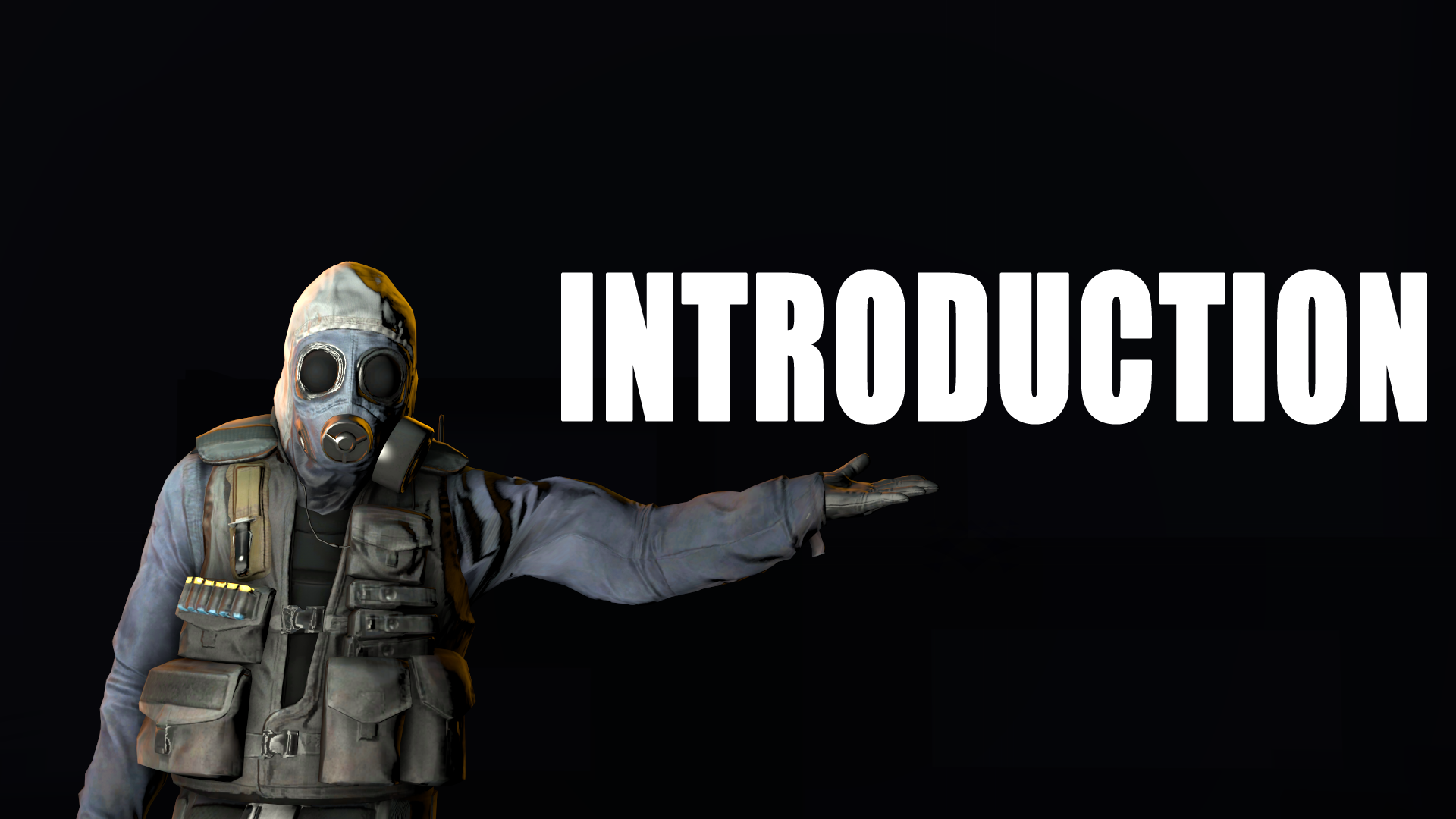 You're on the edge of your seat.
Your hand holding onto your mouse tightly, as if to represent the firm grip on that enemy M4 you've recently acquired.
Beep.
.
.
beep.
.
.
You're waiting for that moment when the rhytmic bomb timer gets interrupted by the not-so-rhytmic sounds of your enemy's footsteps.
It's all down to you now.
Your whole team is out there somewhere, bathing in a pool of their own blood, murdered brutally as if they faced not humans, but animals, or worse.
Now it's up to you to take on a pack of bloodthirsty enemies who are willing to take a dump on etiquette just to see you join your recently deceased teammates.
There they are.
You hear the footsteps.
At this point the only thing breaking contact between you and your enemy are the secret doors of the nuclear plant.
You hear the enemy fiddling with the bomb.
You hesitate.
"What if it's a fake-defuse?" You wait.
.
.
It's taking too long, he must be defusing! You take a deep breath, pray to god for strenght (if you're into that), and storm out at the enemy.
A series of loud noises are produced from all sides.
A sight of your perforated body hitting the metal grate.
So many things fill your head.
"Where did I go wrong? Am I really this bad? Maybe it's because of my team?" You hear the ghosts of your teammates yelling "ZUGA BLJAT, UNINSTALL GAME NOOB" Don't worry, it has happened to many.
The thing is, you're not that bad at the game, you just feel that way because that's exactly how your teammates treat you.
Welcome.
.
.
to the CS:GO ranked community.
In here nobody gives a damn about your moral conundrums, all they care about is seeing that win/lose ratio inverted.
If you really think you can actually get better at this game and you have great ambitions.
.
.
well then my friend, you can go suck a bag of phallus-flavoured lollypops because that's exactly what the community wants you to do.
You flame, you cheat, you teamkill indiscriminately, and maybe.
.
.
just maybe.
.
.
you'll reach Gold Nova.
It's all nonsense.
Luckily for you, if you're any different from 95% of the CS:GO population, you'll have at least half a brain and a sense of good will to accompany it.
The base of a good game is not founded by the amount of bodies you dropped with your skill.
A good game's foundation lies in a strong bond between you and your team members. 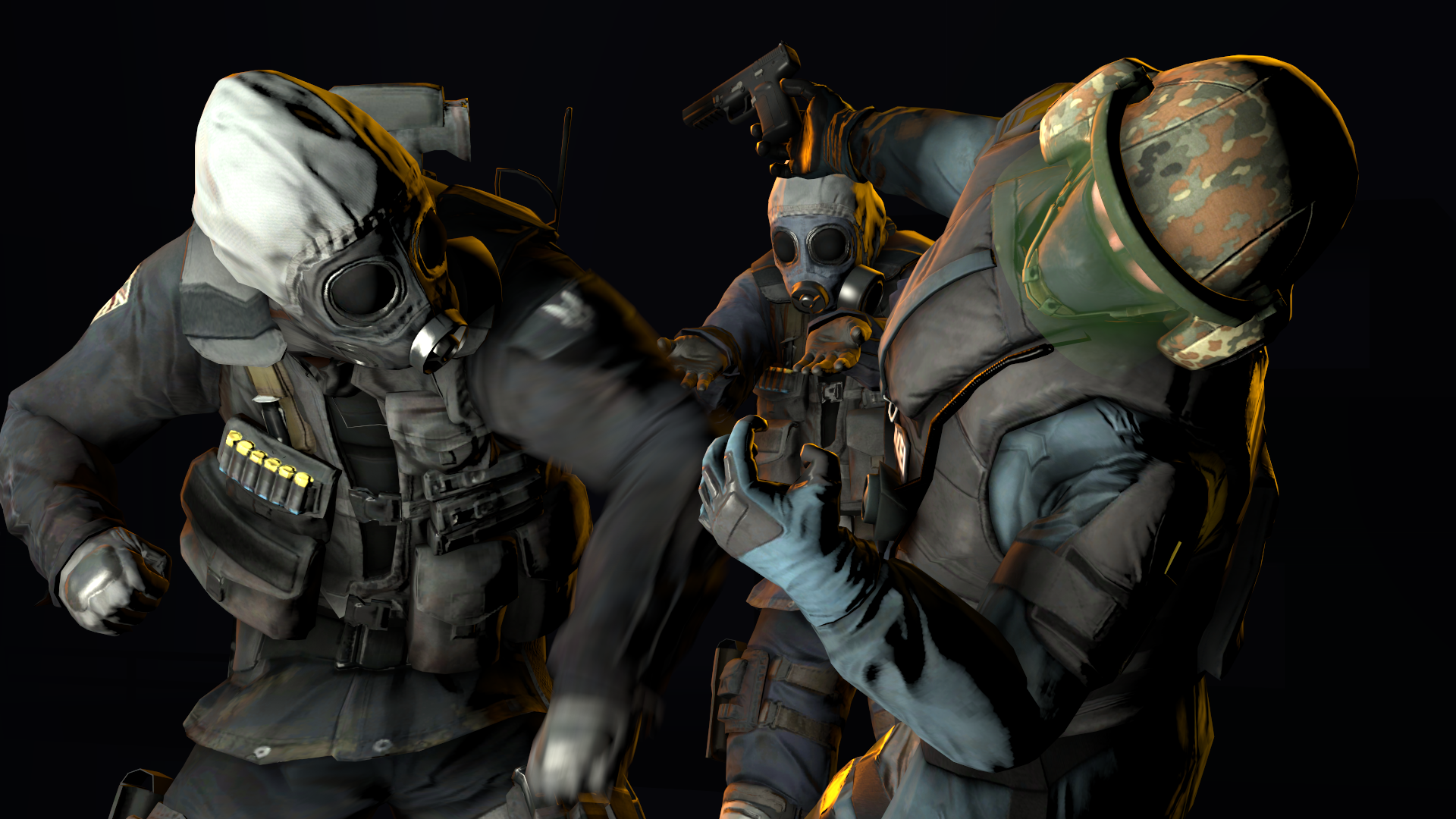 Since Peter Green decided to add some points of his own, here you go.
While defending or attacking site do not be afraid to retreat and wait for your teammates to arrive.
If you were to stay there's the chance of you dying which means one less teammate for the site retake.
Or if you're feeling brave enough you might just sit out on site and try to defend it alone, it is all up to you as a player.
Have balls.
Most players are bad on T side 'cause they just wait for something to happen.
Keep playing aggressive.
You will probably fail at first but once you get the hang of it, you will start playing better.
I advise you to watch this video below made by adreN on entry fragging.
If you are not comfortable going for entry frags then you should try to become useful to the team somehow, try to hold angles which your teammates are not watching, you can also watch your teams back.
You could even become a bomb carrier instead.

Communication is essential in this game.
When you see something, say something.
Let your team know what’s going on, but don’t be a mic spammer, yelling down your mic "LONG LONG LONG LONG" once you see one enemy peeking with a pistol.
Its a LOT better for the team to have a good teamplay than good individuals in my opinion.
When on CT side, always try to give info on everything you hear/see.
If you hear someone near your bombsite, call it.
If you hear multiple sets of footsteps or if a smoke and a flash get thrown at the same time, you know it's 2+ people.
This type of information is vital.
Always give information about nades being thrown in your area.
It gives everyone an idea of what's going on around the map and possible enemy positions.
For example, on Mirage B if you see two smokes being thrown on site it might indicate that the enemy is planning to attack that site.
However do not tell your teammates to rotate straight after you see a couple smokes/flashes being thrown onto site.
As you play more and more you will know when to call a rotate and when to not.
Let people know when you are smoked off.
If you are supposed to lurk B on T side and they smoke it off, let your team know it's smoked off and you probably won't be doing anything.
If you were supposed to do something and can't call it, for example, if you are in A apts on de_inferno on T side and they smoke it off when your teammates are coming down truck side, you need to let them know it's smoked and you can't do anything to help them.
Always warn your teammates if you need backup.
Many players do not have gamesense and will not rotate instantly.
If you have 4 enemies breaching through your position, not just battling from afar, tell your mates they should be rotating.
Always notify your team when you switch your location from the one you defended earlier on.
^THIS IS VERY IMPORTANT the lack of information might potentially kill one of your teammates ALWAYS, and I mean ALWAYS make a call when you die as to where the enemy was, if you don't know, say where you were but you don't know where you got shot from.
If your team sees you somewhere on the radar (de_dust 2) on mid for example, but you were actually on cat and they didn't realize, that's a big difference.
Always inform your team about buying an AWP and always give info to your team about having an AWP, so that you don't end up with 2-3 or even 4 AWPs.
If you are going to deploy a flashbang infront of a teammate, try to notify him about it before throwing the nade.
Sadly I can't cover everything on the subject of communication as a lot of it comes from experience and your ability to think well and quickly.
As you play more and more csgo you'll learn more on the subject of communication and hopefully improve.
If you got any questions don't hesitate to comment on my steam profile or just simply add me.
Just click my name below in the credits section.
( Peter Green ) 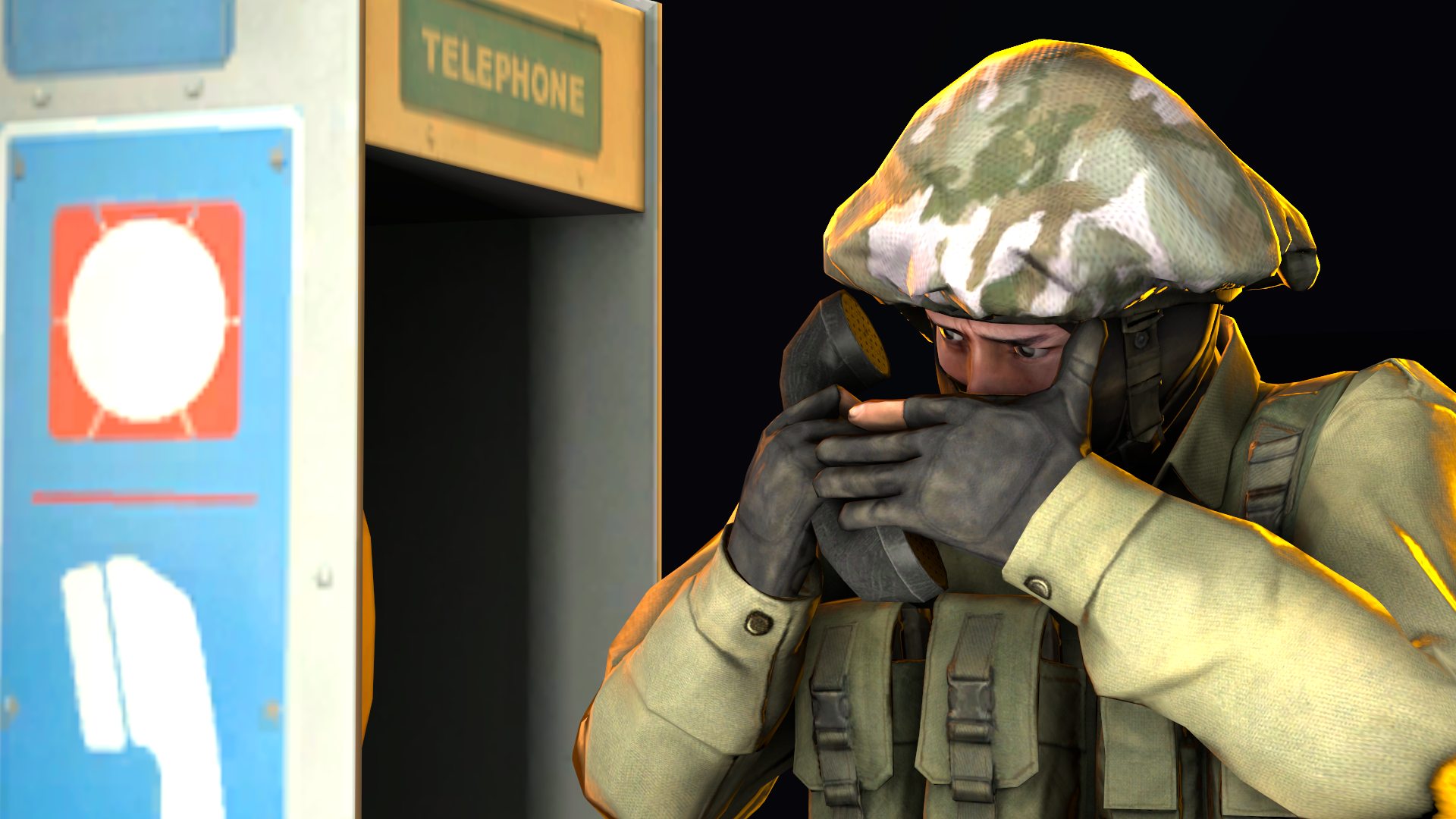 The most important thing in the Competitive mode is teamwork.
At all times, make sure that your team gets the least possible amount of casualties.
Always be ready to help someone protecting another position in case they'd get a zerg rush going right at them.
If you do that right, aside from saving your teammate, you might as well just kill every single enemy and win the round.
Sticking together as a team and helping eachother also puts confidence into your teammates. 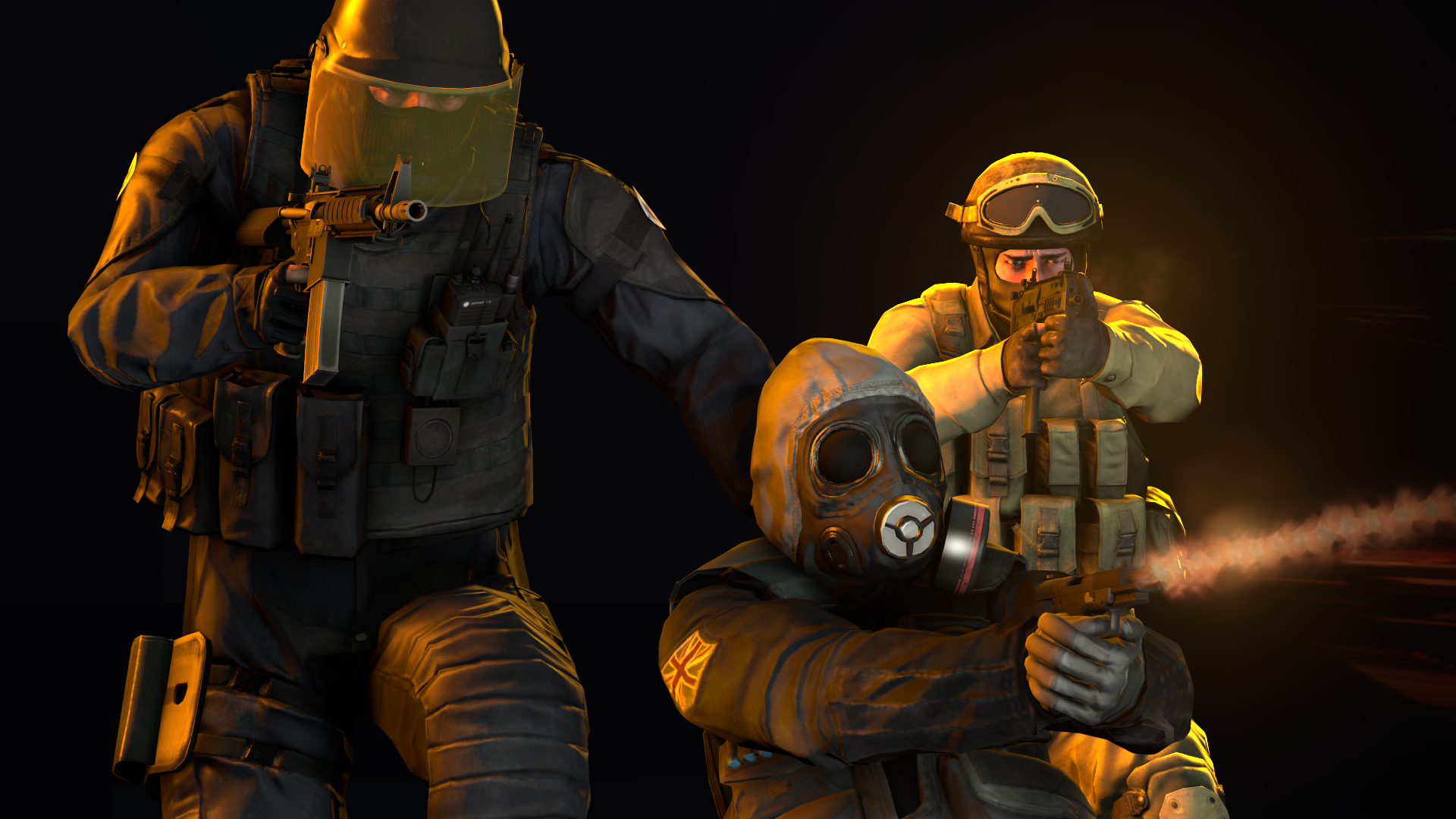 The second most important thing in a proper team is the moral status Every teammate is valuable, even the weakest may save you a round or two.
If someone is feeling down, cheer them up and explain that your team always stands a chance if it tries.
Even a cheater can be defeated if your team knows how to do the job right or someone gets lucky.
Just imagine the cheater's rage though.
If a team member makes a mistake and loses the round for the team, don't push salt into their flesh.
Next time they'll try harder, and it's your job to make sure that happens.
Who knows? Maybe after a few rounds they'll be on top of the scoreboard. 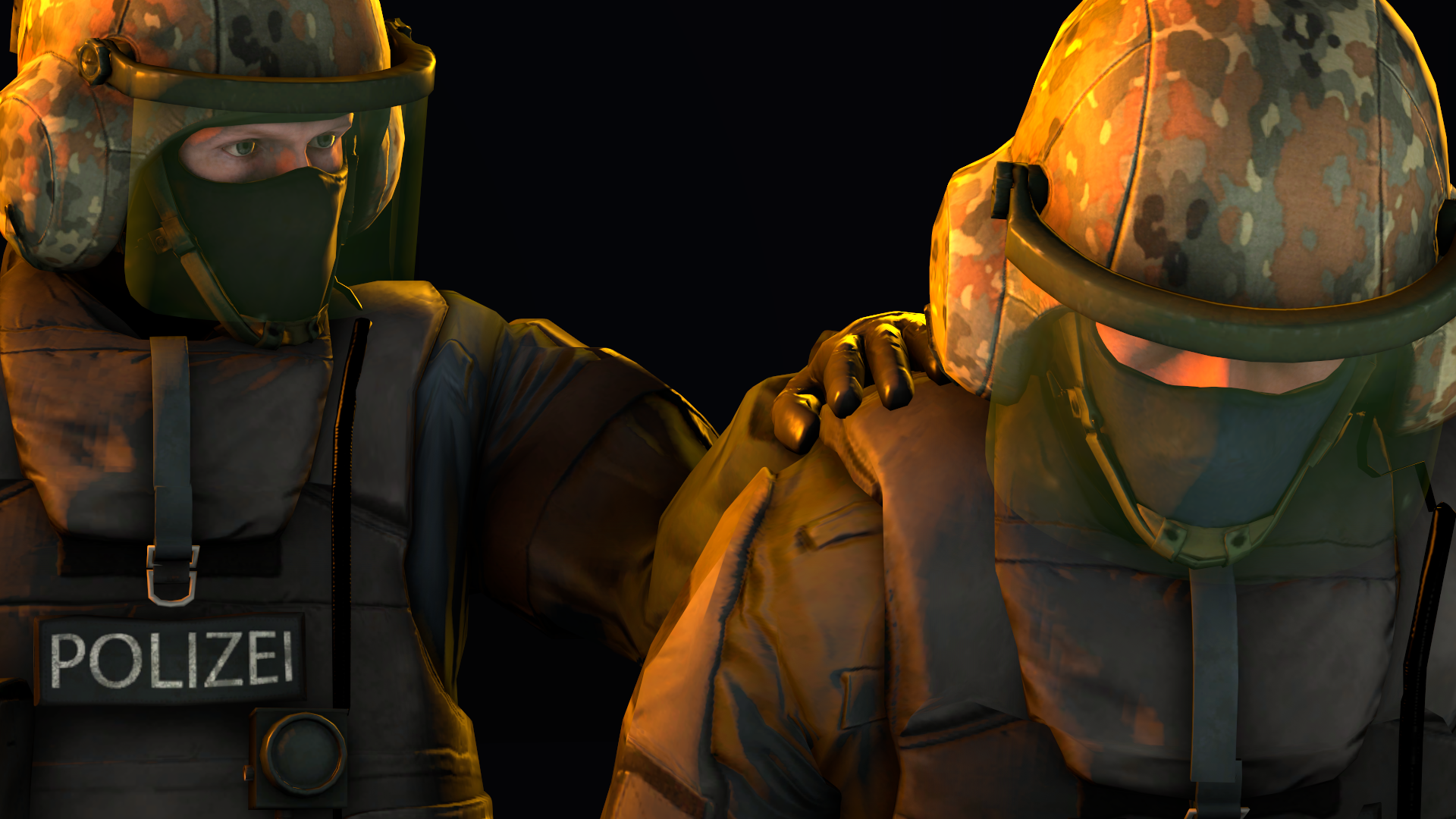 Griefers/trolls in the team? Not a problem!

The main goal of so called "trolls" is to ruin your game, annoy you and humiliate you while you did nothing to them.
And your reacting(raging/anything related to aggression) to it only confirms that their crap is working, making them keep it up and make things even worse for you.
Here's what you should and shouldn't do in those cases : Just forget about the match, it's not going to work out for you unless you get rid of them.
Not only do they pull you down with their poor performance, they will also damage you, scream at you, block your path and so on.
Next time make sure to play Competitive in a full or semi-full lobby with trustworthy, reliable friends who would help you clean out the trash and enjoy the game in peace.
But for now, simply try to get as many kills as possible, so that you'll be less likely to lose your rank.
If you're continuously getting into teams with 4 premade trolls who would kick you on the 14th win after you carried their sore silver asses, just get a friend to join you and you will be unstoppable.
Never shoot back or damage teammates on purpose.
Not only are you risking to get an automatic cooldown for griefing, but they also can report you, and Overwatch may sometimes miss the part where they did crap to you(especially voice chat, because it's not included in reports) and confirm that you griefed.
Guess what happens next? A ban for 30 days, unless they changed that to a higher amount of time.
Having toxic teammates that keep standing in the doorways and shooting at you? Avoid them, simply avoid them.
If they shoot at you, help them with it and get them banned.
Someone keeps screaming or insulting you instead of saying something useful or being quiet? Block them via the scoreboard and forget about them.
If you don't know how to humiliate the trolls with words, simply ignore whatever they do and don't respond or react to anything.
Even if you just say something like "IDIOTO AMERICANO STOP GRIEF NAHUY!!!", it'll only get them excited to troll you even more. 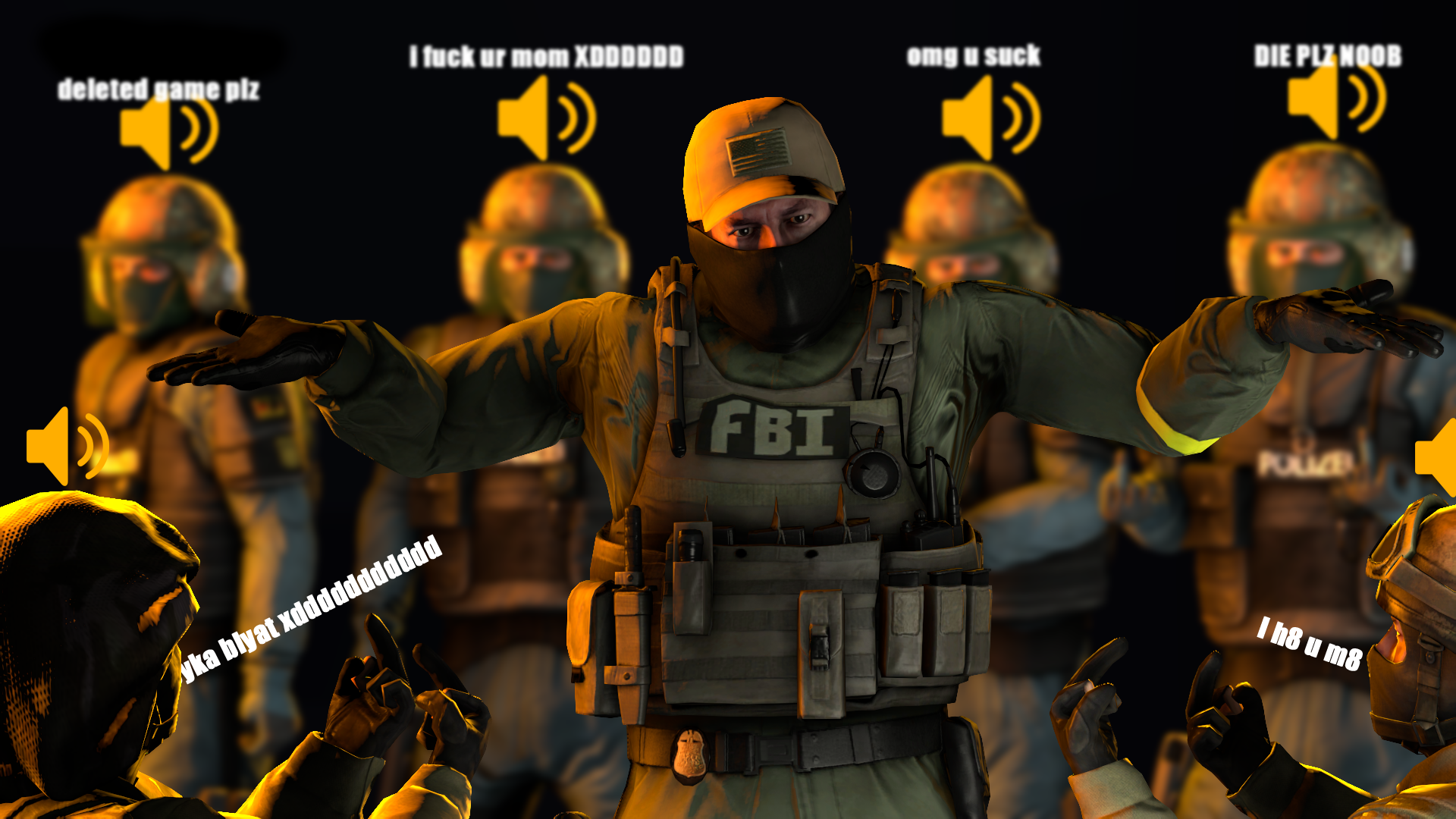 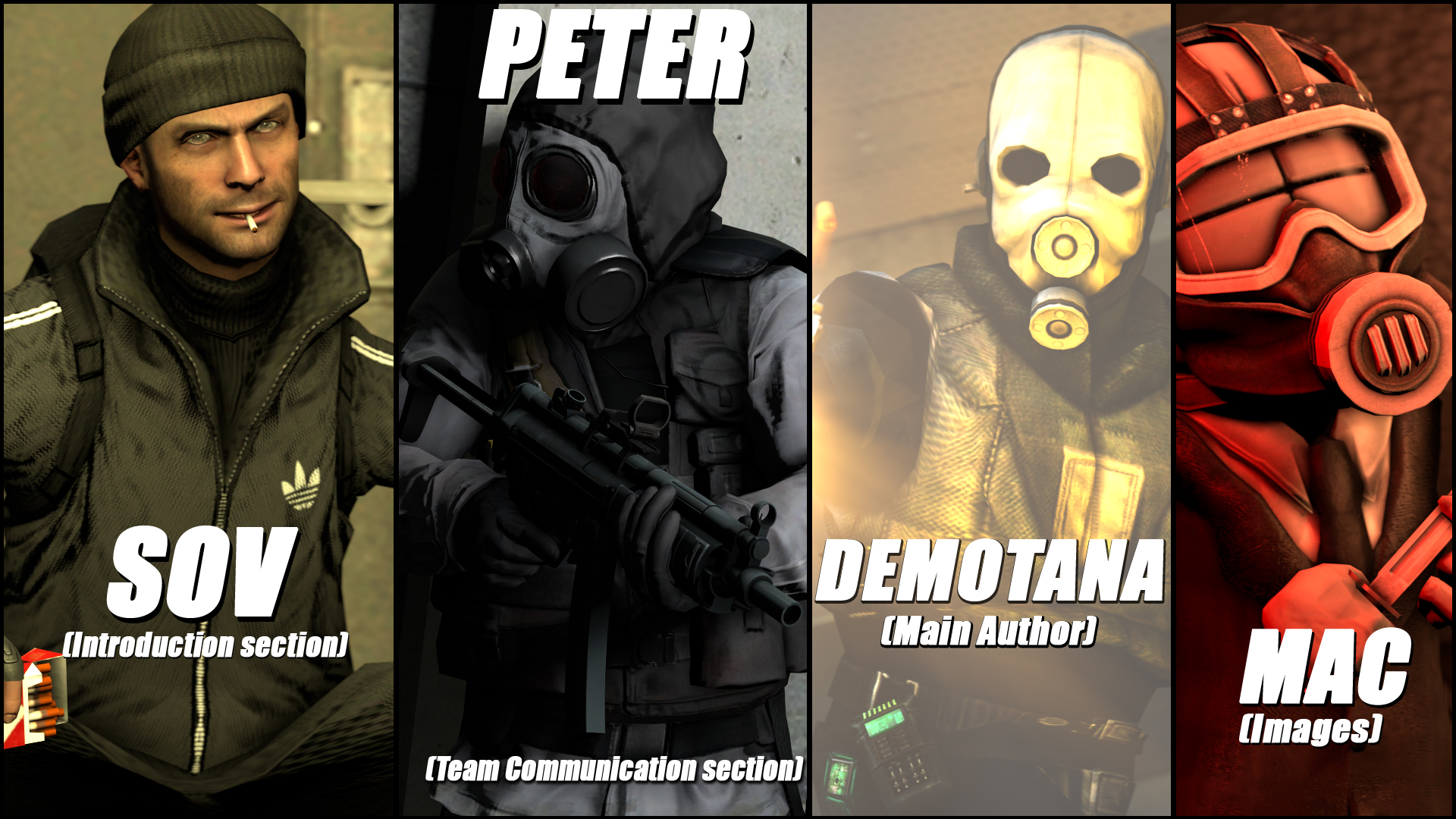