The net_graph guide (Guide to measuring fps in CS:GO) 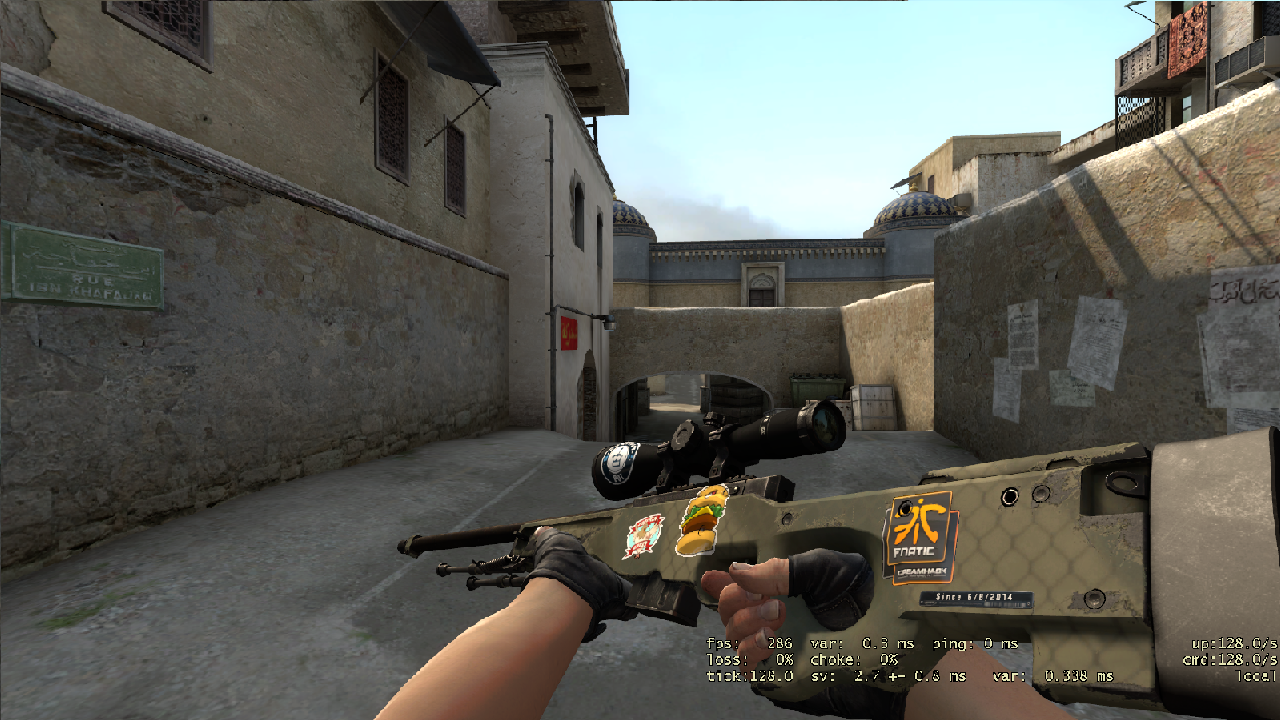 There's far more to it in displaying frames per second on CS:GO than for example just using a screen capturing application like Fraps to measure fps.
I will soon provide you with commands used to measure fps, and in order to sustain and save them for further use, you could type them into your config.
You should check out other guides about making a CS:GO config.
We will start with the best and most popular way to display fps now.
Before doing anything else, you must have the console enabled!CS:GO Menu --> Options --> Game settings --> Enable Developer Console --> Yes (Don't forget to assign a key for your console in Options --> Keyboard/Mouse --> Toggle Console)

This is perhaps the most fundamental way of seeing your fps, and also the best.
Net_graph also provides you with info such as latency (ping in ms), server speeds, fps loss, interpolation and tickrate, but let's leave those out of the equation for now.
So go ahead an type in this first command into the console, it will enable net_graph.
net_graph 1 This is how it should pretty much look like, unless you've already made changes to it.
Net_graph sizeThe next step is to change the size of the fps counter.
Unfortunately there are only two sizes altogether, but the smaller the resolution is, the bigger they look.
net_graphproportionalfont 0 Compressed net_graph Having your CS:GO language set to a cyrillic script language spoken in the CIS region (eg.
Russian, Ukrainian, Bulgarian) in-game apparently makes the net_graph even smaller and thinner, and generally better looking (it looks even cooler with net_graphproportionalfont 1).
Thanks to Redditors for pointing this out![www.
reddit.
com] -language russian (Launch options, not the only language that works) Net_graph positionMoving on, you can change the position of your net_graph with two different commands.
The net_graph moves into the direction of the x-axis, when the following command is inserted.
net_graphpos x (x being a number you can choose) The number you enter is completely up to you.
1 is in the middle, 2 is a bit to the left and 3 is on the left side.
Other values coming after 3 first move to the very left side, and then start going back at a slower pace, so 1, 2 and 3 are just simplified positions, and bigger values are somewhere in between.
In order to move along the y-axis and have more control over your net_graph's position, you should use the following command: net_graphheight x (x being a value you can choose, between 0 and 9999) I personally prefer net_graphheight 55, or something between 50 and 60.
In order to move the net_graph to the top, you must enter values closer to 900, but after all it depends on your resolution.
There are tens of additional commands concerning net_graph, but either I don't know so much about them, they're completely useless or they simply just won't work anymore.
But stay tuned, because I'll provide you with an alternative for net_graph.

You might've already seen this on Shroud's stream for example, but nonetheless, it's way more obscure than its successful brother, net_graph.
The command in question goes as follows: cl_showfps 1 As you can see, it also shows the name of the map you're playing on.
What most people don't know, is that you can display your fps with this very command in multiple ways.
There's more to cl_showfps! cl_showfps 2 Shows frame delay and record lows and highs in addition to fps and the mapname.
cl_showfps 3 This command presents you the server speeds (which I'm not so familiar with), excluding the fps counter and the mapname.
cl_showfps 5 This tells the fps generated by different components and frametimes in milliseconds.
Not so familiar with this either, since this is more suitable for performance testing than continuous playing.
Conclusion to cl_showfpsOther values apart from 1, 2, 3 and 5 will either make the entire fps counter disappear or just display the same thing as value 1 gives us, ergo the map you're currently on and frames per second, net_graph works pretty much the same way.
If you wondered why I skipped cl_showfps 4, it's because the command is exactly the same as cl_showfps 1 for some odd reason.

The command cl_showfps as well as net_graph is a great way of testing the limits of your computer as well as constantly monitoring your PC's performance and being on the lookout for abnormalities.
However, some people just simply aren't fond of either of these commands, probably because their location or size isn't pleasing.
There still is a third option out there - the Steam fps counter.
This is a good property in the Steam overlay, although it refreshes very slowly, eg.
once a second.
InstructionsIn order to enable the Steam fps counter, you need to head out to your Steam overlay menu (Shift+Tab) --> Settings (bottom middle) --> In-game (far-right) --> In-game fps counter (choose the position you prefer for it).

This is how the average player's CS:GO would look like with all of the fps meters I provided you with.
BONUS: How to toggle net_graph and the scoreboard at the same time.
net_graph "1"; net_graphpos "2"; net_graphheight "9999"; alias "+scorenet" "+showscores; net_graphheight 0"; alias "-scorenet" "-showscores; net_graphheight 9999"; bind "TAB" "+scorenet" (I recommend you to paste these to your config) WARNING: This command has been noted to reduce fps significantly for some people.
To get it off: unbind TAB from all of its commands, reassign the key, and most important of all - remember to set net_graphheight back to normal (otherwise you won't see it although you have net_graph 1).
Take care Thank you for being an awesome community! This was my first Steam guide ever, and I hope you liked it! I might make a new guide that handles the issue of display resolutions and aspect ratio, specifically in CS:GO once again.
If it wasn't for my weird interest in these kinds of stuff, I would've never even sticked to CS:GO in the first place.
I hope this guide gave you all of the information you needed, and be sure to ask me if there's something that puzzles you.
Good luck and have fun! YouTube Discord[discord.
gg] Reddit thread Check out my other guide if you haven't already! ~rohgels 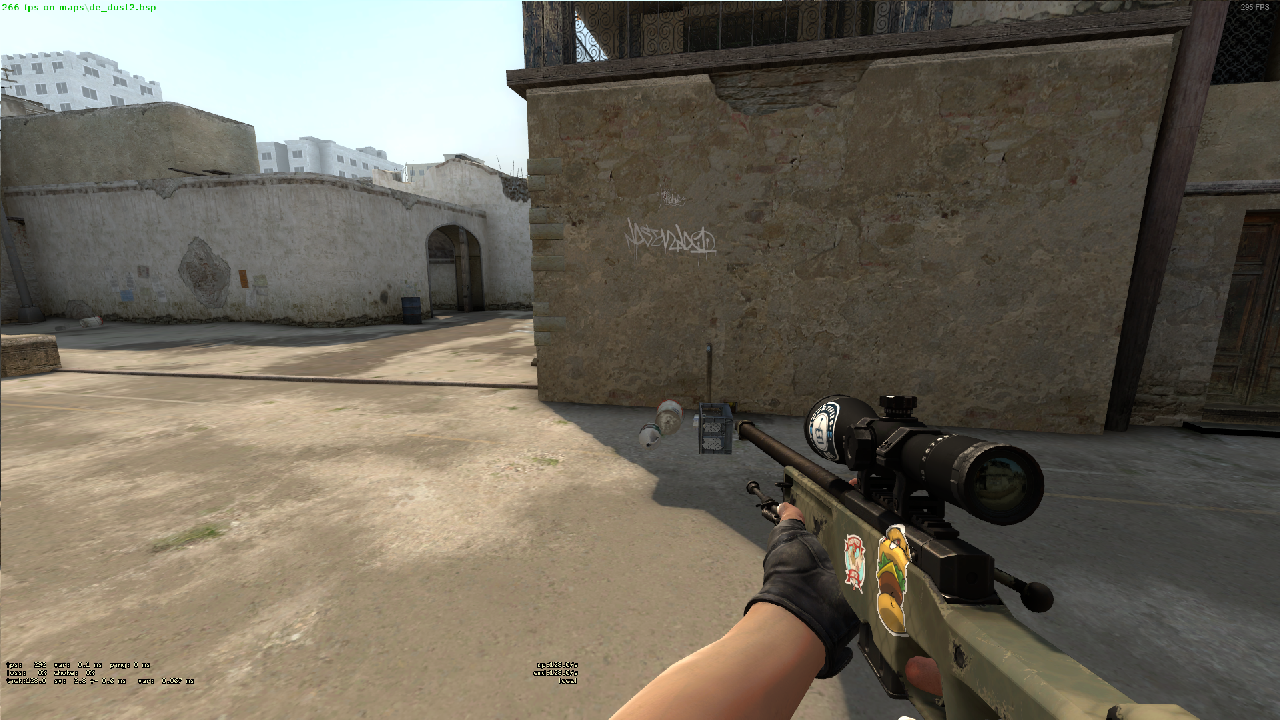