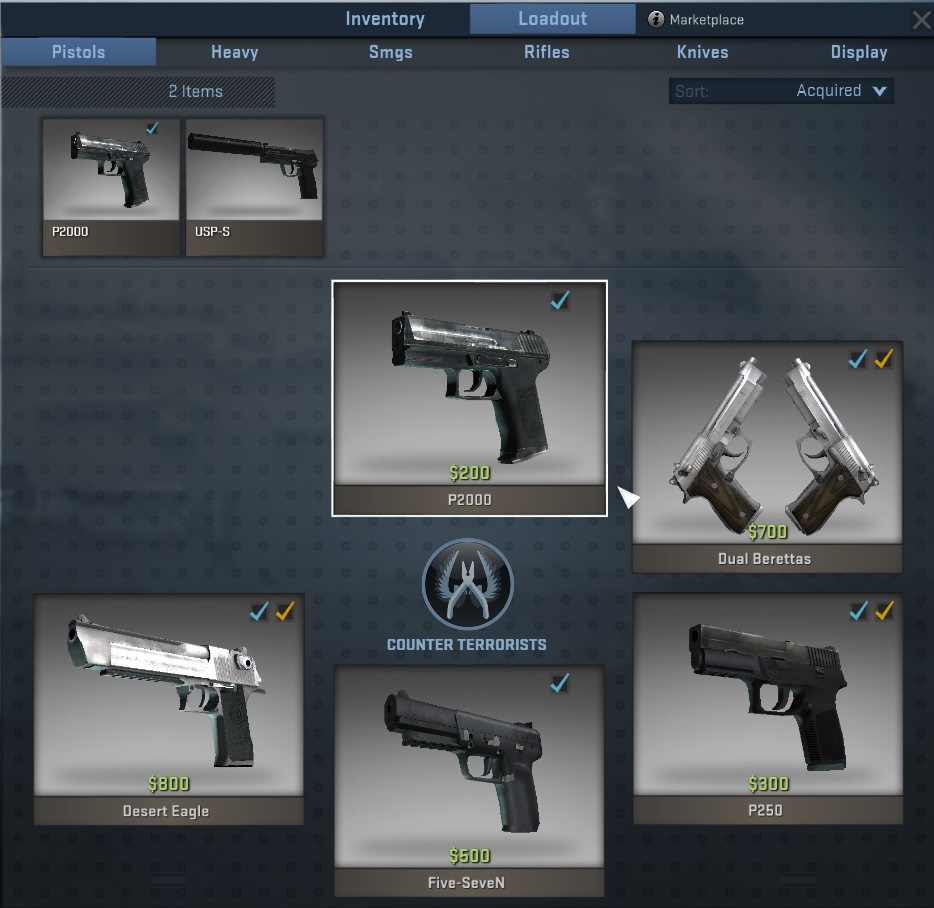 What to Buy on Pistol Rounds.

In a standard match both halves will recieve $800 to start off.
This is enough for another pistol of your choice, kevlar or grenades.
Your choice will differ on each team and player.
CTs: First round I recommend that Counter-Terrorists mainly purchase body armor to avoid aimpunch in the chest.
This will make it a lot easier to make those vital headshots that i will talk about later.
However, there is one alternative to this which is buying a 5-7.
5-7 has a clip of 20 with 100 in reserve.
It does enough damage for a headshot against unarmored opponents and nobody can afford helmets.
The downside to this is no kevlar, usually if you purchase a 5-7 you will buy a smoke or flashbang with the spare money.
This is not my personal choice but if you're having trouble using the P2000/USP-S after reading this guide then you should try it out.
As for defuse kits, if you're solo-queueing no-one is going to buy them anyway so just hope that your teammates can hold.
If you're on a full lobby get someone to buy a defuser and flashes for a retake.
Ts: On the first round, Terrorists have two viable buy options.
They can buy kevlar to avoid getting killed with bodyshots too quickly, or you can purchase a P250 with grenades.
This is an option that I only recommend to Terrorists because the CT pistols are a 1-tap headshot anyway.
This is different for the glock making the P250 a good way to close the gap in damage between the teams.
It is cheap at $300, well within the first round budget.
This gives you an extra $500 which is enough for a smoke and a flashbang.
For both sides, if you purchase kevlar then you have a spare $150.
Don't bother buying a decoy grenade, they're pretty much useless.
The only thing they can be used for is a fake flashbang in medium to high level play.
The reason that CT is more extensive is the range of viable items that they have in comparison to T side

Basics of Using Pistols on Pistol Round

Glock: The Glock-18 is a 2 hit kill on unarmored opponents in the head from 800 units or farther which is essentially any range you will get to with CTs.
The technique I recommend is not tapping or spamming but just in the middle.
This will give you the fire-rate you need to get off the two headshots without sacrificing accuracy.
Try engaging at medium to close range and make your head a difficult target to hit.
In the event that you just cant make the headshot, crouch and slow down your fire to finish the player off.
A tip for Lurkers: If you are moving somewhere alone to catch rotators, sit on a line where the CTs will come with your burst fire aiming for their head, at point blank this will award you with an easy kill.
This tactic is also useful on eco rounds.
USP-S: The USP-S is an option for Counter-Terrorists that is excellent for getting those 1 Hit-Kill headshots.
Time your shots to a point where the recoil has reset, granting you almost 100% accuracy.
The first shot of a USP-S is accurate where the second shot and spread is not.
Peeking and taking one shot in certain positons works too.
Rely on line-holding in unsuspecting spots to get some easy close range headshots.
On eco rounds I prefer the unsilenced USP because I feel it is better for spamming armored heads.
P2000: P2000 is the second option for CTs.
It holds 13 rounds, 1 more than USP-S.
It also has more reserve ammo.
This is because the P2000 is used in a different way to USP-S that chews up more ammo.
With the P2000 being less accurate in general with better spread, it should be clear this weapon is used for spamming or consecutive shots at head-level.
It can be used for spamming through walls or pre-firing which is something that USP-S is not designed or capable of.
Try to play a little more aggressive with the P2000 but not too much.
It still follows the same law of line-holding to get point blank/close range headshots.
Try not to run with it and stand still, making sure to get plenty of headshots.
A bit of tight strafing will also suffice.
P250: As well as an excellent option for eco rounds, P250 is also a flexible pistol viable for pistol rounds due to its ability to bodyshot because of armor piercing rounds, I suggest spamming at around chest/neck level waiting for the recoil to go up and hit them in the head.
If this does not work than 4-5 bodyshots should suffice.
It holds 13 rounds, like the P2000. 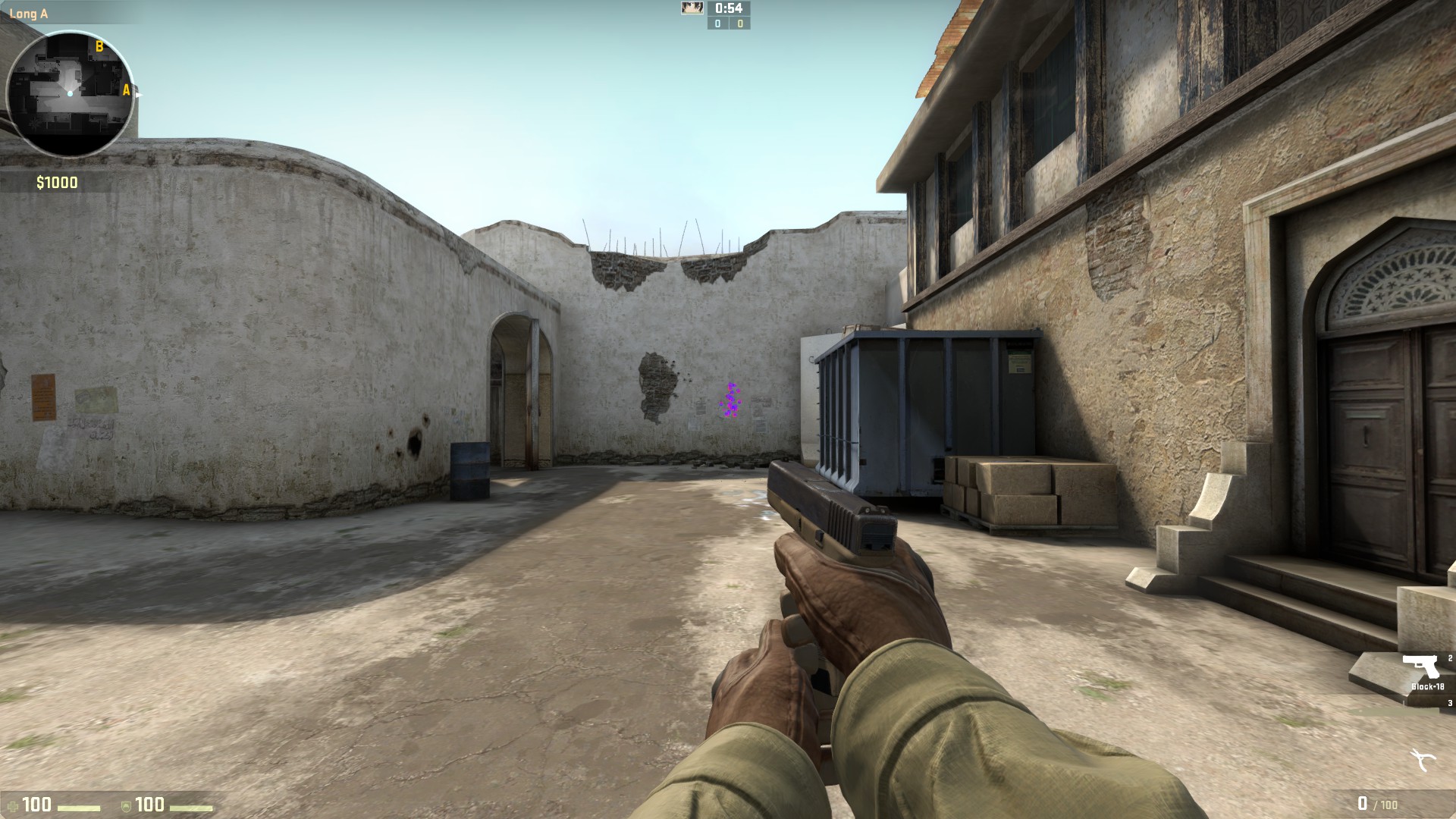 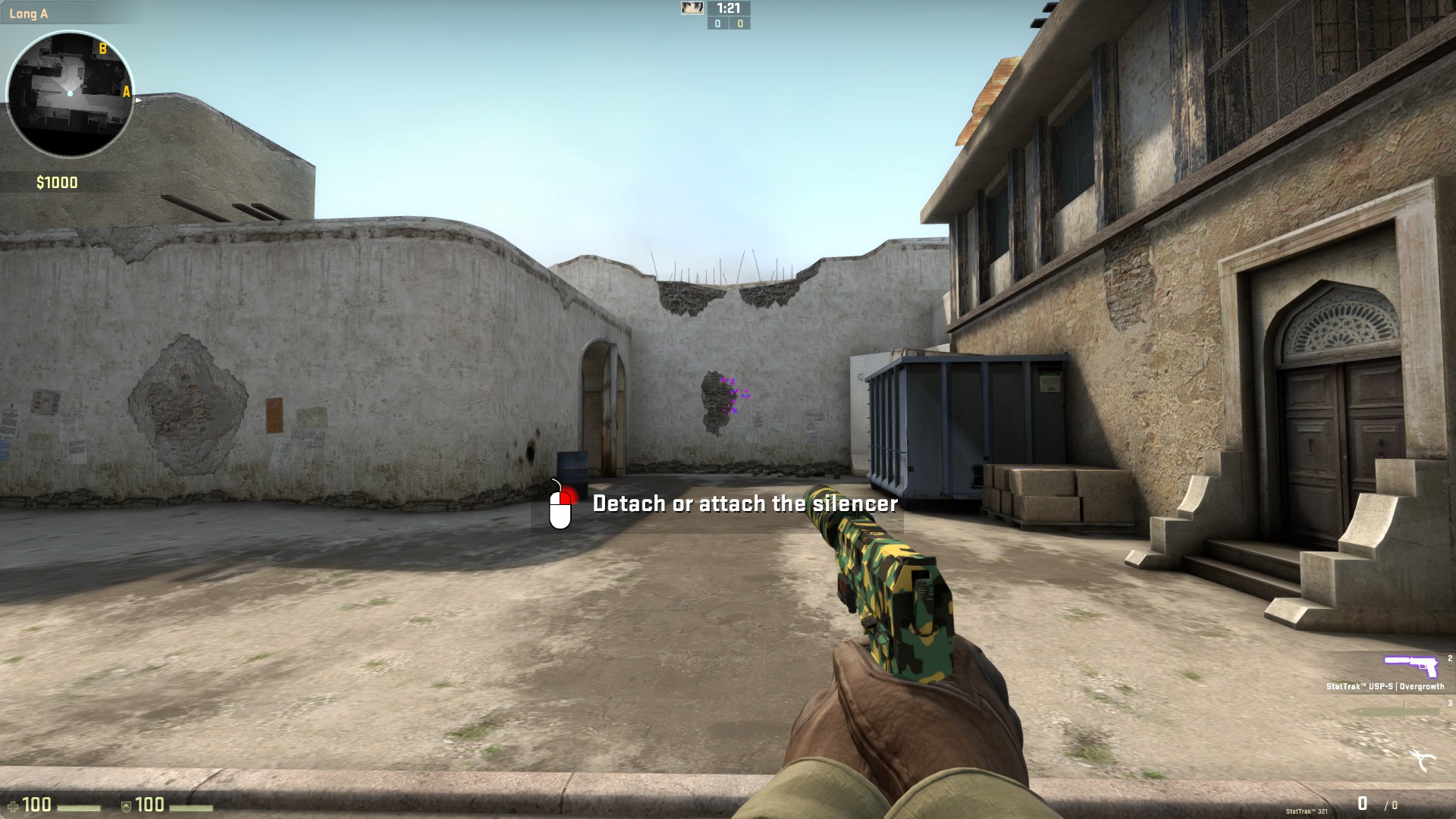 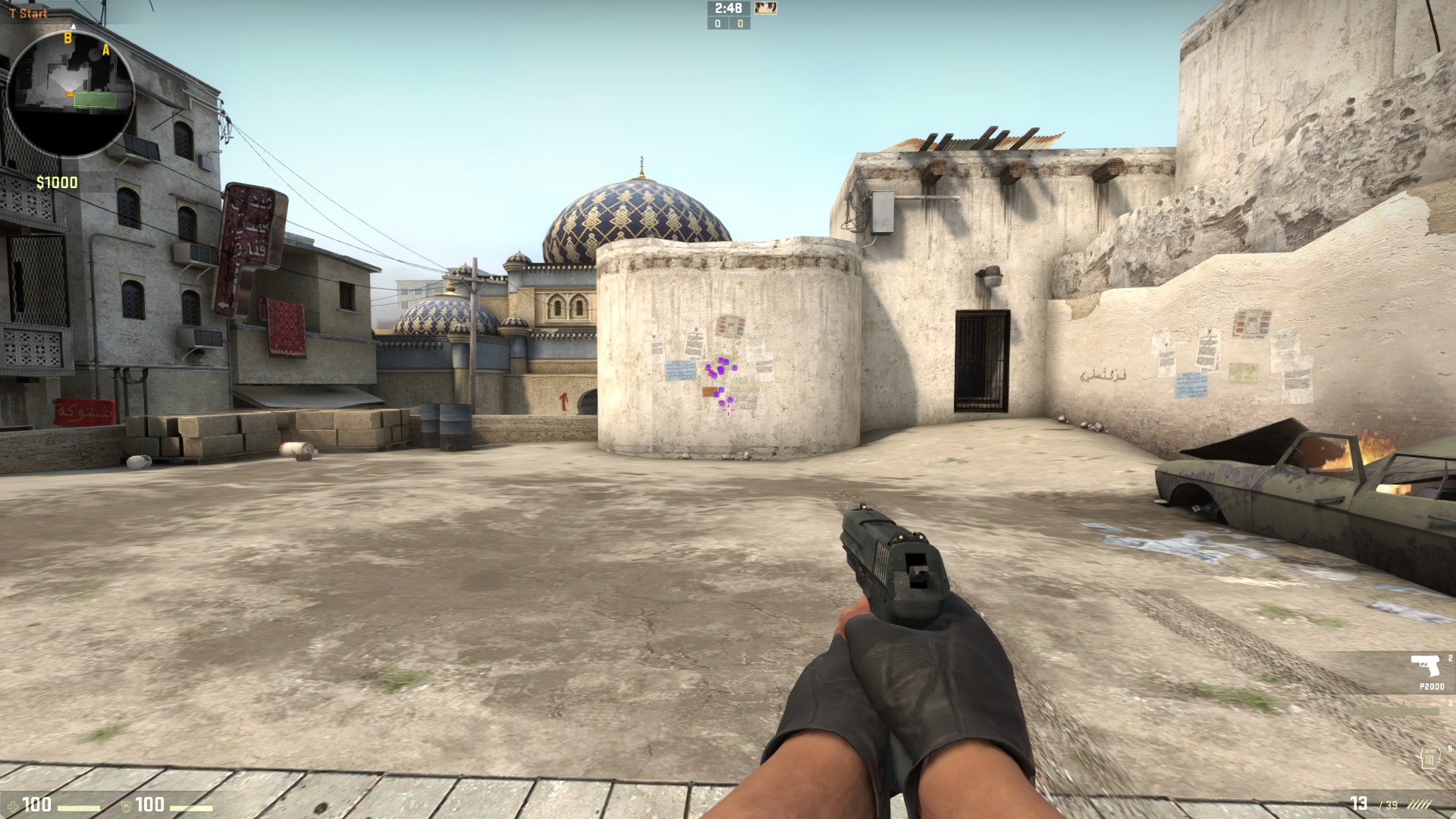 Positions and Strategies on Dust 2 (T Side)

This section will cover positions that teams play to defend bombsites, strategies for taking and retaking bombsites, and maps in general.
T SideAs with every defusal map, there are two bombsites.
On Dust 2 there are 2 ways that are viable to get to each bombsite.
I will include most of them, how to execute them and if they are the best choice.
Short/Catwalk: If you run down mid to A bombsite, this is one of, if not the best ways to attack A on the pistol round.
If there is a CT playing mid however, then you will get spotted quickly and rotates will be faster from B Bombsite.
This means that you will have pressure to push into Bombsite A quickly as possible to get the bomb down.
<< Most important thing on pistol round for Terrorists.
There is usually one player that is holding short from A site.
Only his head is exposed however he will only be aiming for your head anyway.
Try not to sit on stairs and pick him but instead rush into the bombsite with your team, avoiding getting headshotted by strafing while shooting at his head forcing him to crouch behind the boxes.
This will become an easy kill once he is within close range and that means a bomb plant.
As for holding the site, I recommend focusing most of your players on short as this is the most common spot for CTs to retake.
Have one player in Goose, one/two on site, one on A ramp watching A lower from an unexposed spot from CT Spawn.
Finally, if you have one more player I suggest putting him in pit to make sure that CTs don't come from long, as well as helping out the hold of A lower.
Usually a safe plant will suffice for first round.
B Upper: If your team decides to go to B this is about the only way to do it on pistol round.
You are very exposed coming out of tunnels not to mention the fact that it will possibly get smoked and naded.
But there is a chance that only about one/two players will be holding site.
Common places that CTs hide is car, on site or to the left of the tunnel exit.
Although it is difficult to take B on pistol, once you're in site with the bomb planted it is a downhill battle.
B is a difficult site to retake on pistol round with entrances at window, B doors and tunnel.
Have a player playing on the left entrance to watch tunnel or at platform, play another player on platform watching window and using the crate as cover.
and the rest playing on site.
One player at car if you have all five players left.
A Long: This is generally the standard take for Terrorists on pistol round Dust 2.
Long doors itself is spammable with nades and flashes but the glock is better for the range and positions that CTs will be playing.
CT players will arrive at long at about the same time as the Terrorists so their positons are limited.
One player may be pit or against the right side of long doors.
Another will play on the corner of Long.
After these players are eliminated, a smoke will be needed to cross from A lower to A bombsite.
This avoids rotators in CT, cutout and mid doors from picking you off.
After this play the same positions as if you took short. 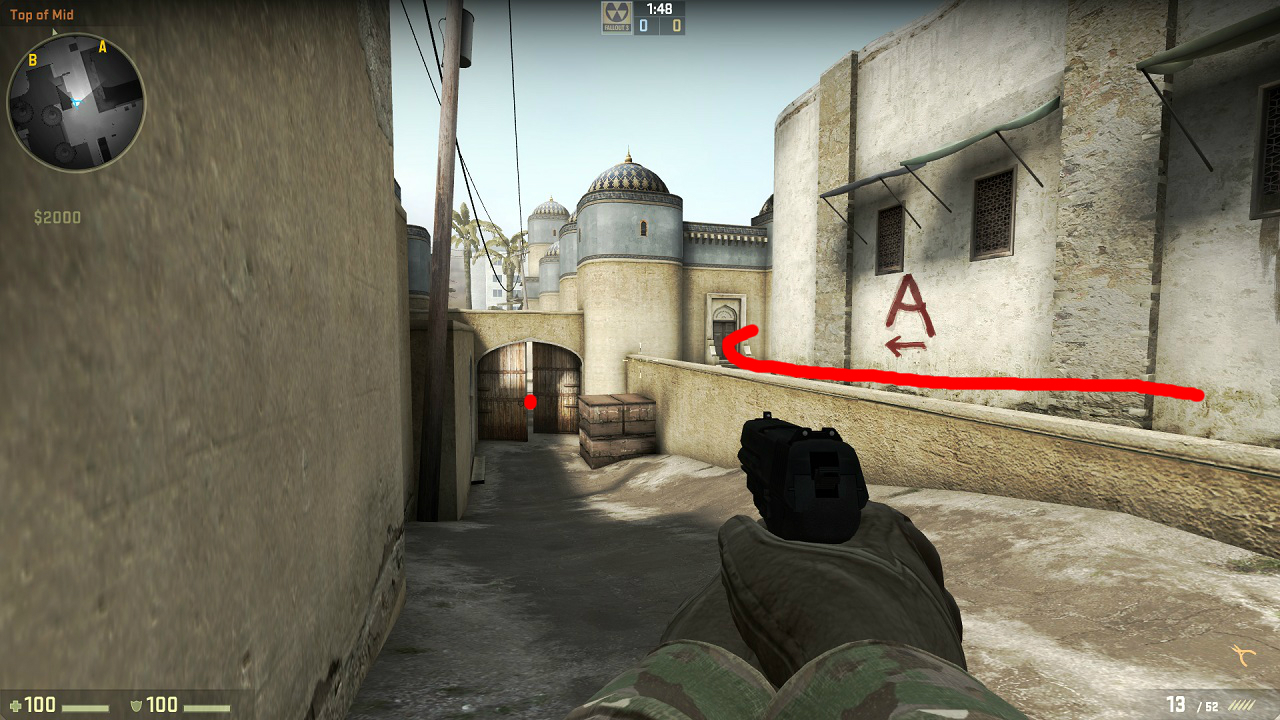 Positions and Strategies for Dust 2 (CT Side)

Second half of Positions And Strategies for D2 will tell you how to win against Ts on pistol round.
Distribution of Players: Pistol round differs from normal, full buy rounds.
The best way to do this in my opinion is to place one player at short, two players at long and two players at B.
Positions on B Bombsite: There are many options to keep Terrorists guessing on pistol round.
You can play at the right side of tunnel entrance or on top of the crates on the left.
It is recommended that one player is focusing more on tunnel entrance while one is focusing on making sure that the Terrorists don't come mid to b.
Rotate through mid doors to short to retake A if your teammates cannot.
Window is a good position to watch both mid and tunnels.
As for the player focusing on tunnels, He will play a more forward position that is closer to the tunnel exit.
Positions at Long A: With not much time to waste after you spawn.
You will be running to Long A with little time to set up.
Have one player in pit or against Long Door wall.
Another sitting on the corner.
This player on the corner will not peek doors until the player at pit engages the Terrorists.
This makes so that the Terrorists are getting attacked from two angles.
If you have a bad spawn and don't get to Long fast enough, Have one player at car and one sitting on the corner of A lower.
However this will force the short player to change his position.
Position at Short/A Bombsite: The main and most reliable spot to play is on A Bombsite itself.
As long as stop the Terrorists from getting too close and focusing/relying on headshots will force the Terrorists to fall back which buys CTs time.
Another spot that can be played is Goose.
You will not get spotted until the Terrorists well and truly are on site and it is unlikely you will get more than 2 kills. 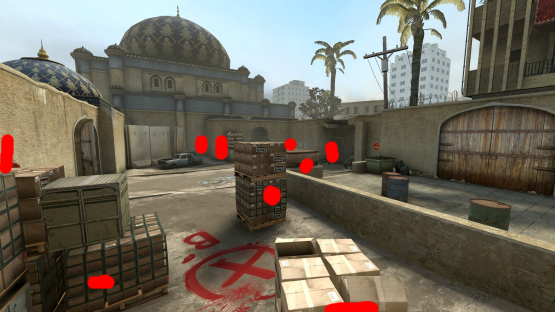 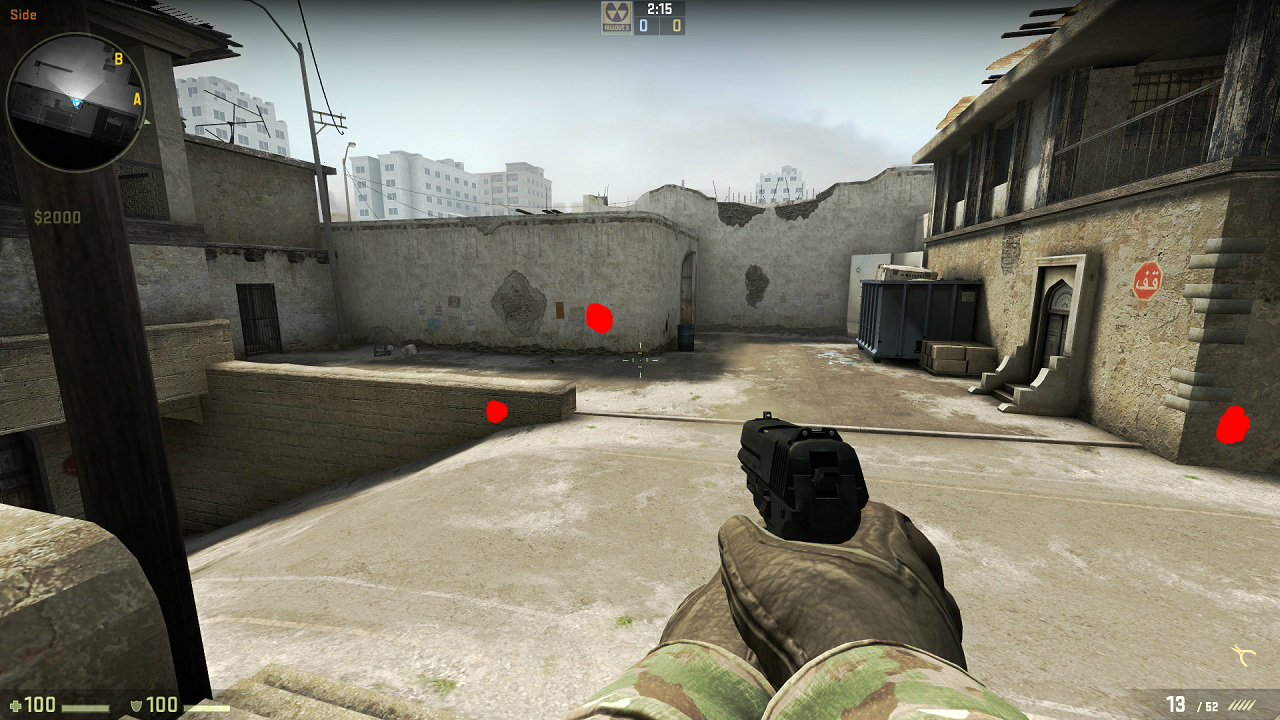 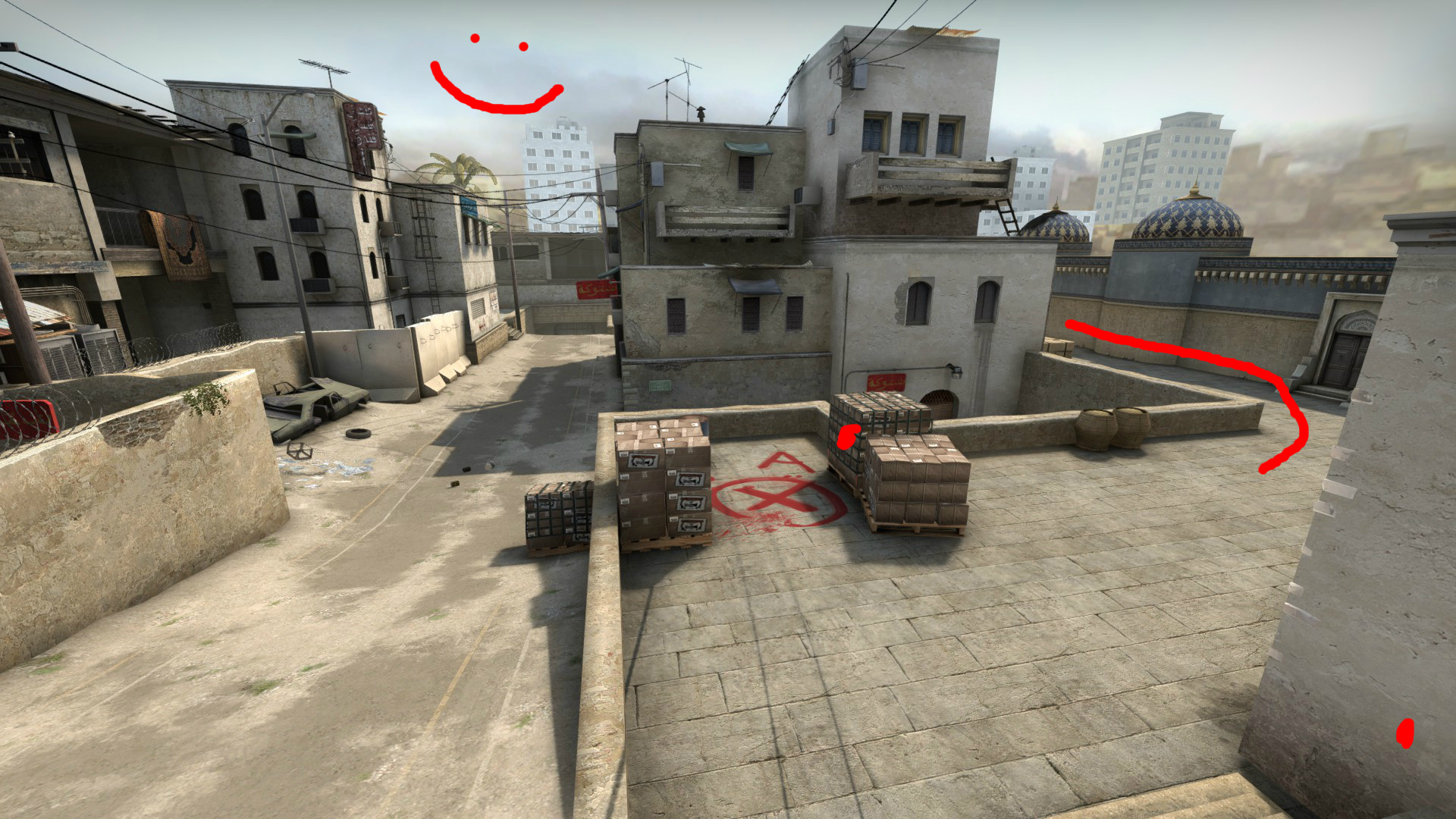 This was my first guide for Counter-Strike:Global Offensive and one thing I would like to point out is that I don't believe that my opinion is fact or that my strategies are the best.
These are just what work for me and I've seen pulled off with the most success.
In saying that feel free to give constructive criticism about how I can improve the guide.
Throw me a comment if you liked the guide as well, I like reading them.
Thanks for reading I hope it helps you get a new rank or whatever.
I would like to thank kr3nshaw for explaining to me that glock is a 1 hit kill headshot at point blank so yeah.