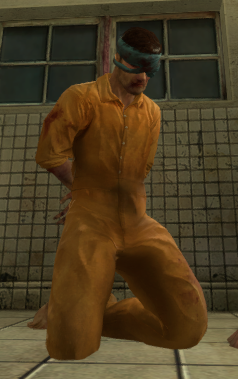 Hello, welcome to my first guide, and its for Office.
Office is a small hostage rescue map.
Counter-Terrorists spawns at parking garage, Terrorists near hostages.
I do this guide because I like this map, and I wanted to help the others.
Actually, I was always dreaming how I would write this, and what I will write, now, I have no idea, so lots of things, won't be there, so I'll add them later.
Thanks, and let's go into it ! Hostage Rescue Map - map, where you need to take hostage and take him to safe zone, as Counter-Terrorist This is the example of hostage: Taking hostages without rescue kit takes 5 seconds, with kit 2 seconds

First things to say, are the player models and other info.
Office is one of the most balanced hostage rescue map, for both sides.
Every hostage rescue map is better for Terrorist, but Office, isn't so much.
Every game (= not round, not halfs, or after hostage is taken) are the hostages at SAME places.
The hostages are here for whole game, so even after team swap.
So if you say ,,OMG THIS HOSTAGES POSITIONS ARE SO UNFAIR OMG REPORT VOLVO AND GABEN" , you will have those positions as playing Terrorist's side too.
Player models is how your character looks.
Here are the examples for Office map.
TERRORIST called ,,Anarchists" COUNTER-TERRORIST called ,,FBI" Who is the second Mythbuster now? 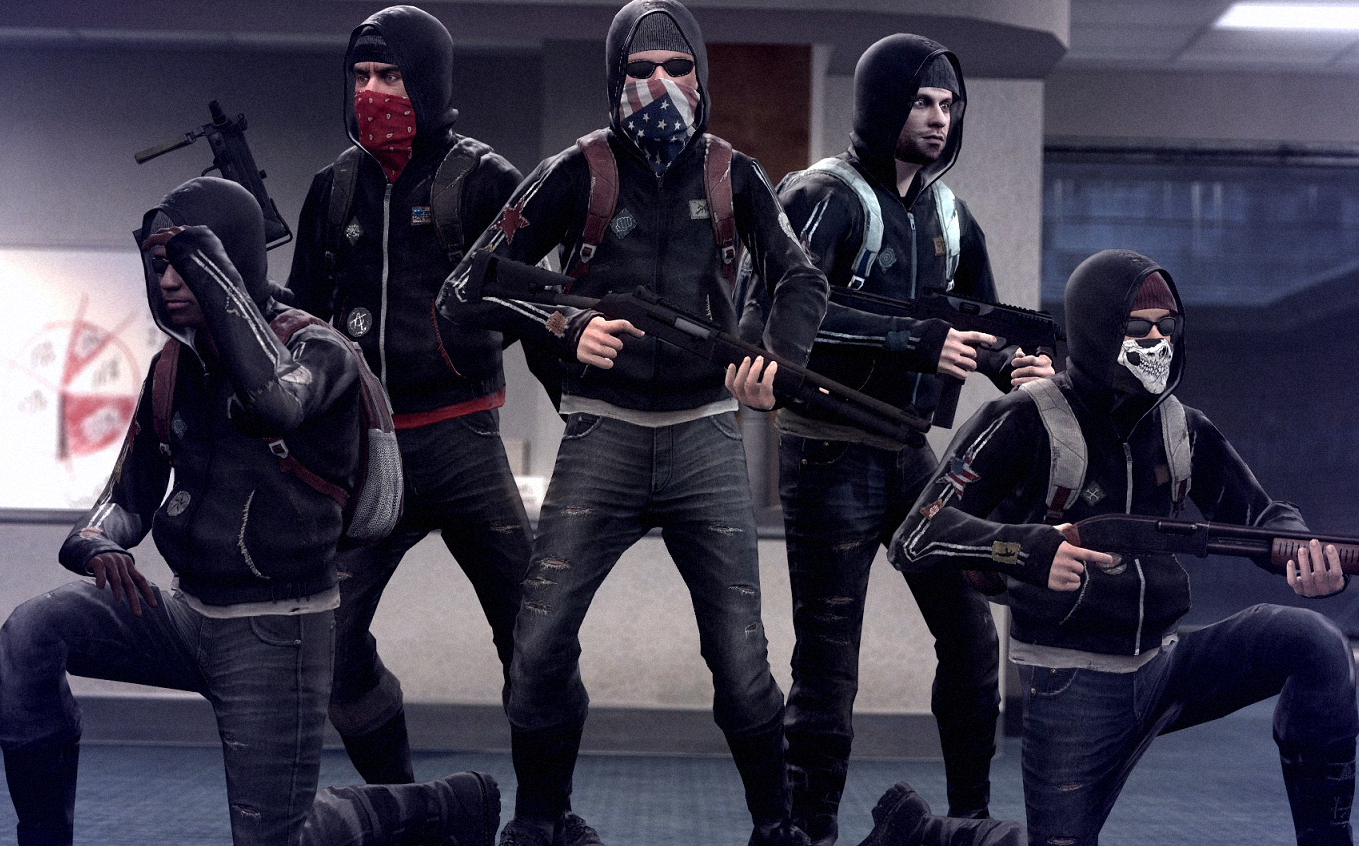 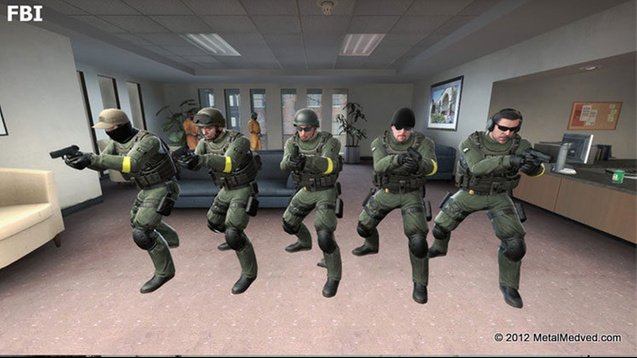 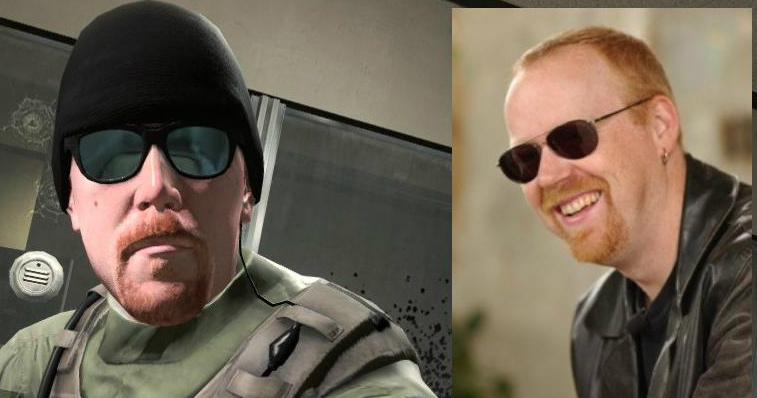 Map knowledge.
Important for every map you want to play, or master.
It means that, you know the callouts on the map, and you know the camps, spots, where to go and others.
Here is the map with callouts.
HOSTAGE POSITIONS, in competitive mode there only 2 hostages.
On Office there are 9 hostage positions, one is always near to T-Spawn and second is near to projector/ kitchen.
You SHOULD know the places where are the hostages, such as Paper, Long, Projector, Kitchen, T Spawn or the ways how to get to hostages such as Mid, Connector, Elevator, and the last thing you should know are the escapes, Main hall, Front hall, Front office, Snowman, Yards.
I recommend you to know all of these callouts I wrote to know, because they are the basics.
Anyway there are lots of camps on this map so you should maybe know their callouts, because the time is very important and you can't explain 1 place for 10 seconds.
Callouts are easy, fast and exact.
Also, here are some tips, where you can camp or expect the enemy! Be sure to check it out! ! VIDEO ISN'T MINE ! 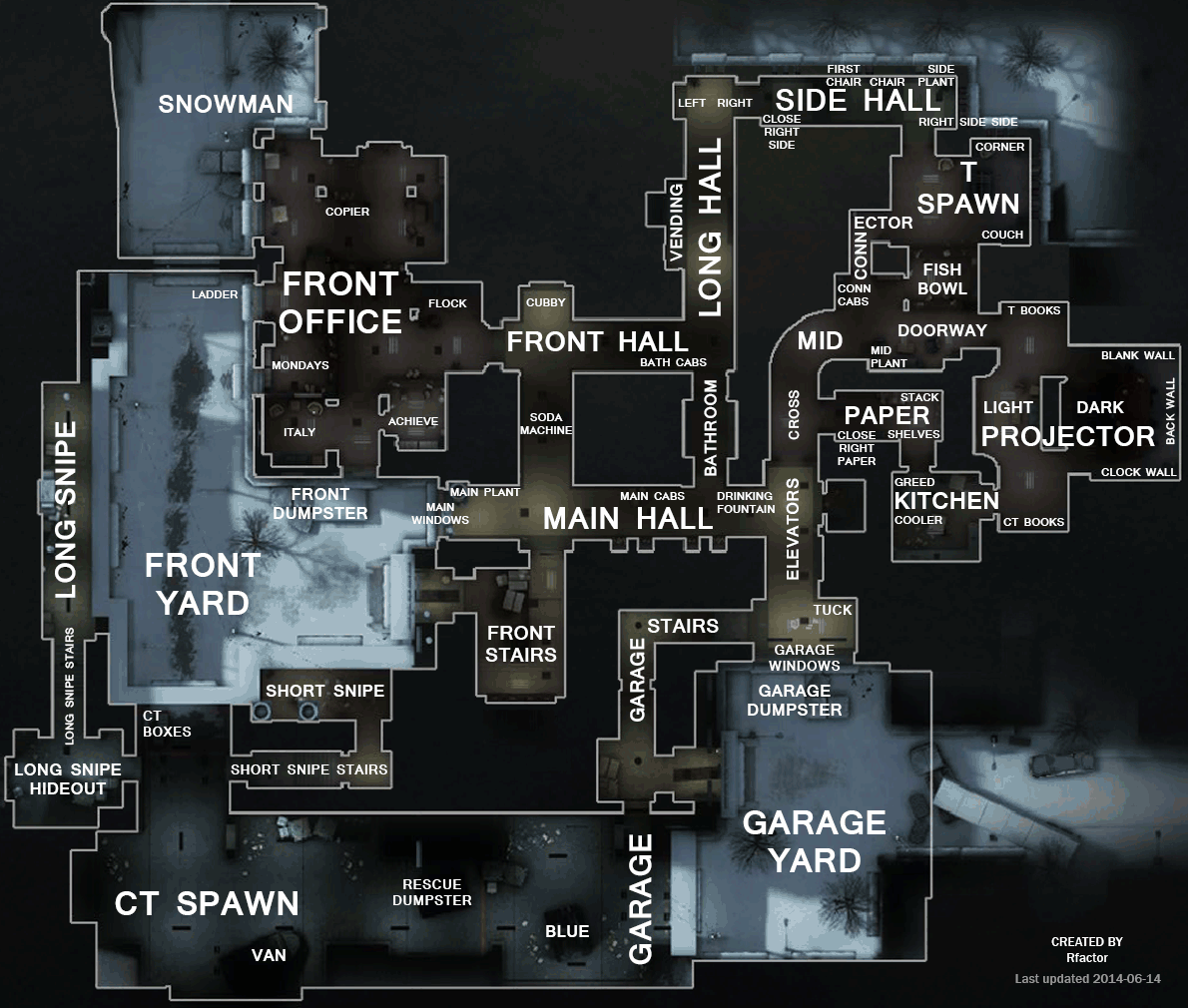 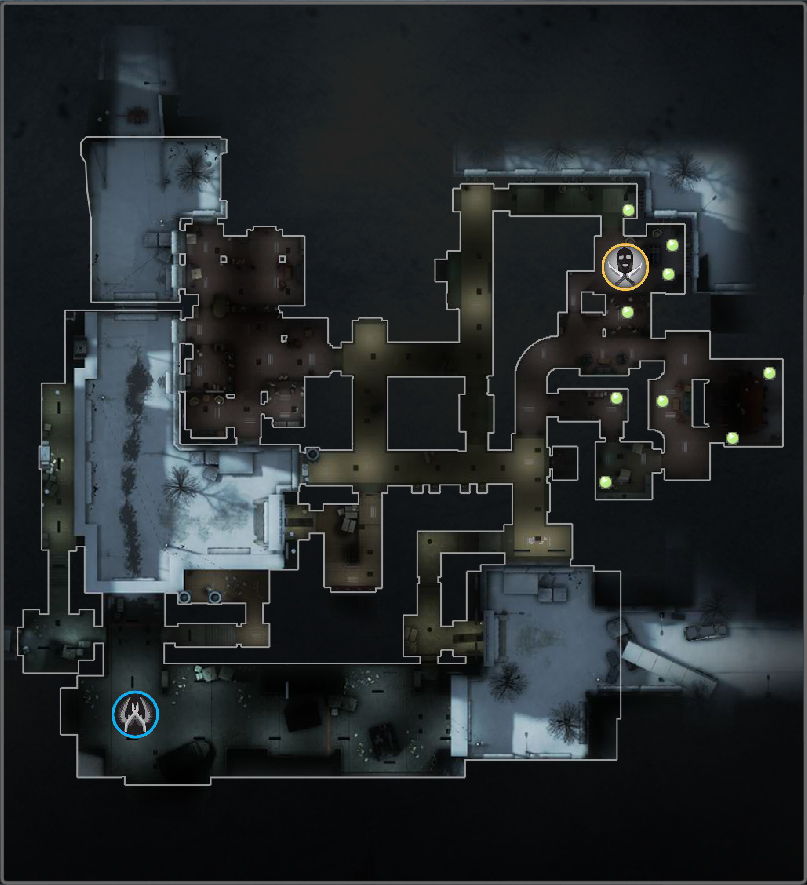 The 1st and 2nd round

You think this can't be problem, yes, you're right, it can't.
But I still can give you some tips and help you.
Let's start as Counter-Terrorists: 4 people buy things they want, 5th guy buys rescue kit and 2 flashbangs.
Tell your team to go for 1 hostage, take it and all go to base with guy who has the hostage.
And Terrorist's tactic: Go buy gun what you like and camp, you can use Glock-18's burst fire, Tec-9, or Berretas.
I found these tactics most usefull.
Definitely don't rush! General useful tactics: Tactic n.
1 If you won first round, go buy something what wrecks enemies without kevlar -> SHOTGUN, SMG, definitely NOT RIFLE! Also, if you won as CT, Terrorists will maybe go eco rush, so don't sleep.
Tactic n.
2 If you lost and still everyone has money, (= you killed 4 CTs and 5th rescued hostage, etc.
) go buy something and surprise enemy! If all the kills got 1 person and you lost, ask him to drop and go eco.
Tips Don't play deagle at first round.
You suck.
Its just bad gun for pistol round, because enemies don't have helmet and u can headshot them much easier with berretas , or USP-S.

Here, I'll tell you good, and bad guns for Office.
In the ,,1st and 2nd round" you have read what to buy in these rounds.
Both Sides Guns Desert Eagle, Twins Berettas, XM1014, MP7, AUTO-SNIPER T Guns Sawed Off Shotgun, AK-47, Galil AR, MAC-10 CT Guns MAG-7, M4A1-S / M4A4, Famas, Five-Seven You may ask, where's AWP, where's Negev.
Those guns are good for this map too, but you need to mastery them to be good with.
You think Negev is funny gun for shooting everywhere, but with skill, you can kill enemies very well.
AWP is really good too, but I buy it just when I feel I'm good sniper today.
Tips Everybody likes the other guns.
The guns what I have written, are worth buying, I think.

Now, I play CS:GO alot and I'm not so rich.
You can donate me by clicking here! Don't forget to rate my guide! Thanks alot!