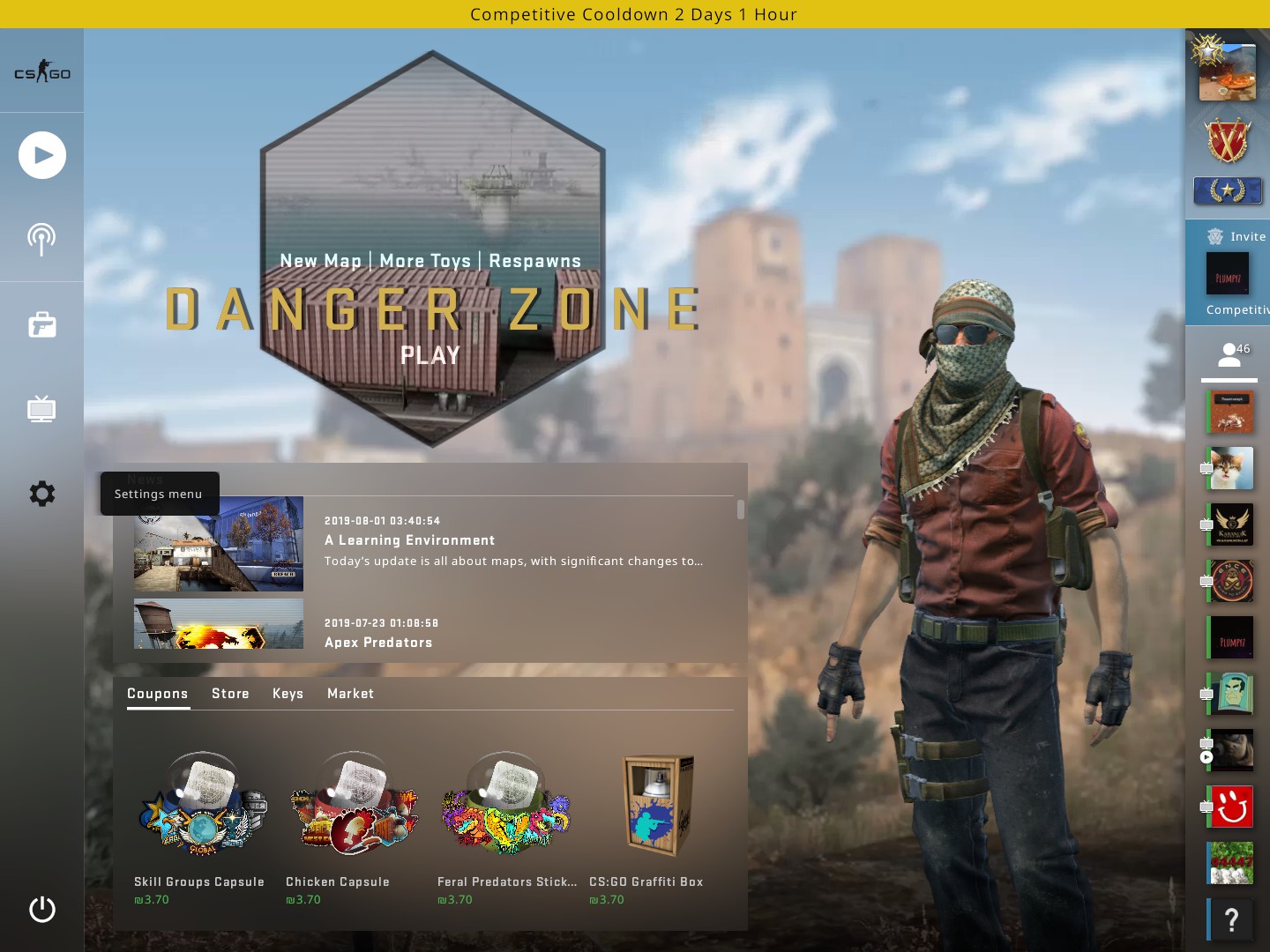 Hello Everyone! Until about a year or so ago you could choose what server you play on using a neat little program called "Matchmaking Server Picker".
If you're visiting this guide then I reckon you already know that it's broken.
That happened because Valve Implemented a relay cluster system that is supposed to prevent DDoSing, but at the same time it broke the server picker app.
Now what some of you didn't know about that is that alongside the relay cluster system Valve implemented an MM server picker INSIDE OF THE CONSOLE.
Today I'll teach you how to use it, step by step.
P.
S this is my first guide ever, so if you guys have any suggestions on how can I improve it, leave em down below :).
Also if demand is high enough I'll make a youtube video explaining how to do it step by step aswell.

DISCLAIMER: IF YOU ALREADY ENABLED THE DEV CONSOLE AND KNOW HOW TO USE IT SKIP THIS PART AND GO STRAIGHT TO PART 3: THE COMMANDS.
Now, first we have to enable the console, to do that go into the CSGO settings screen .
.
.
then into game settings then switch the "Enable Developer Console" to the YES state.
then proceed to press the ` key (the one below escape and to the left of 1, as shown in the pic below) and you should see the glorious console window - the part circled in red is where we put in the commands.
Now you're ready to advance to the next stage, In which we actually put in the commands! 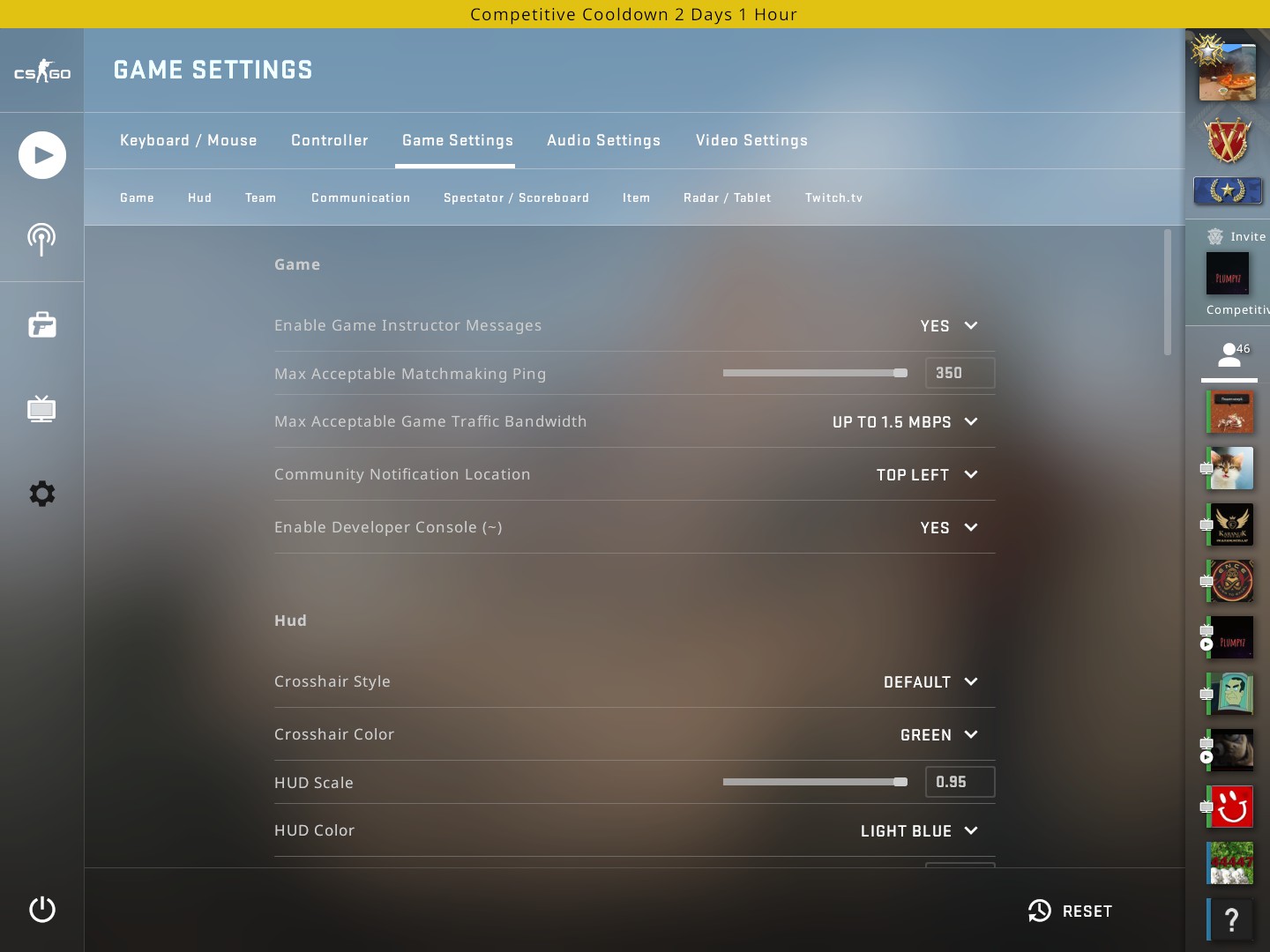 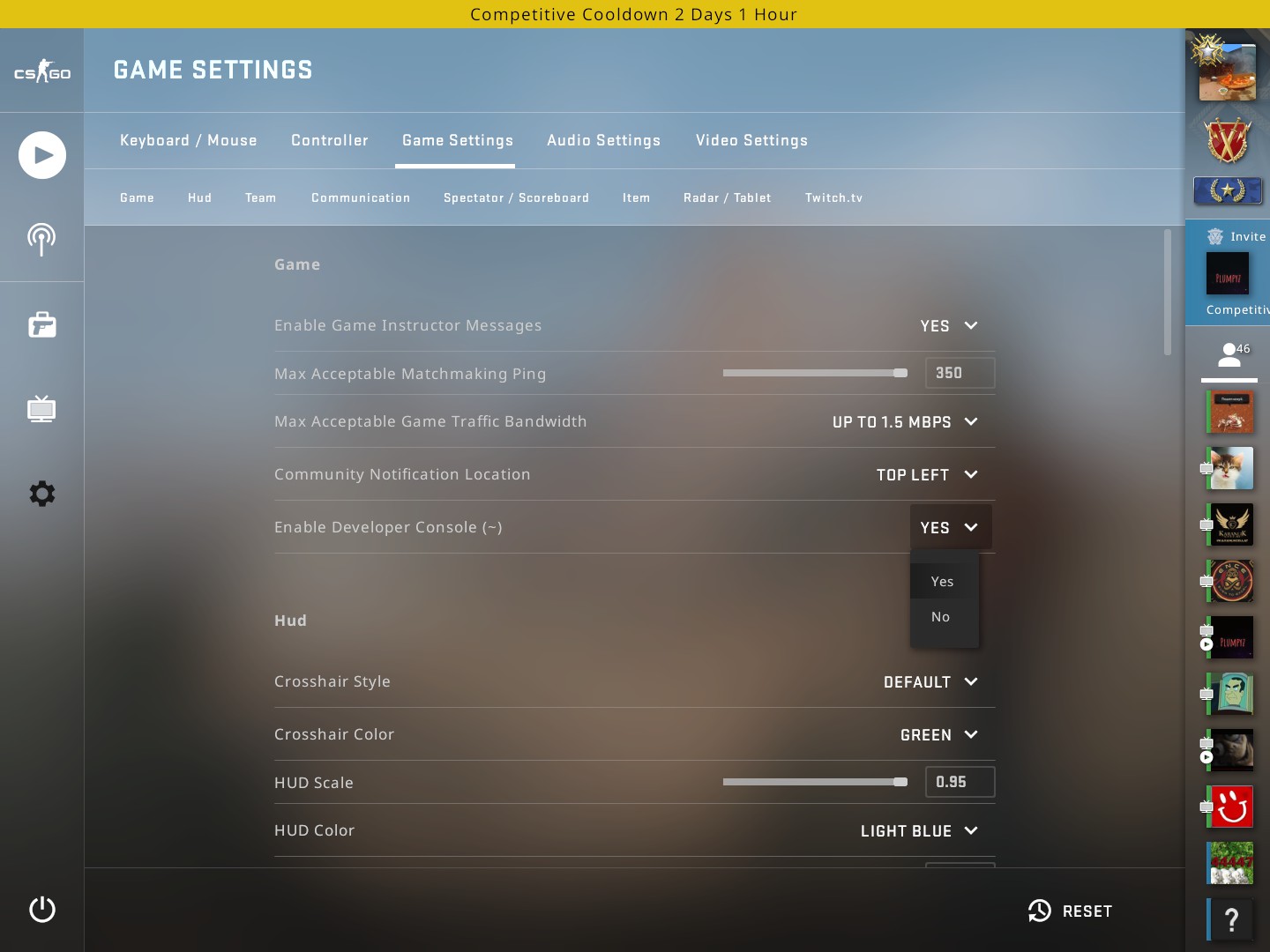 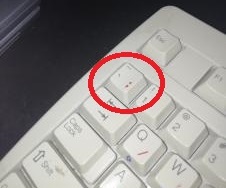 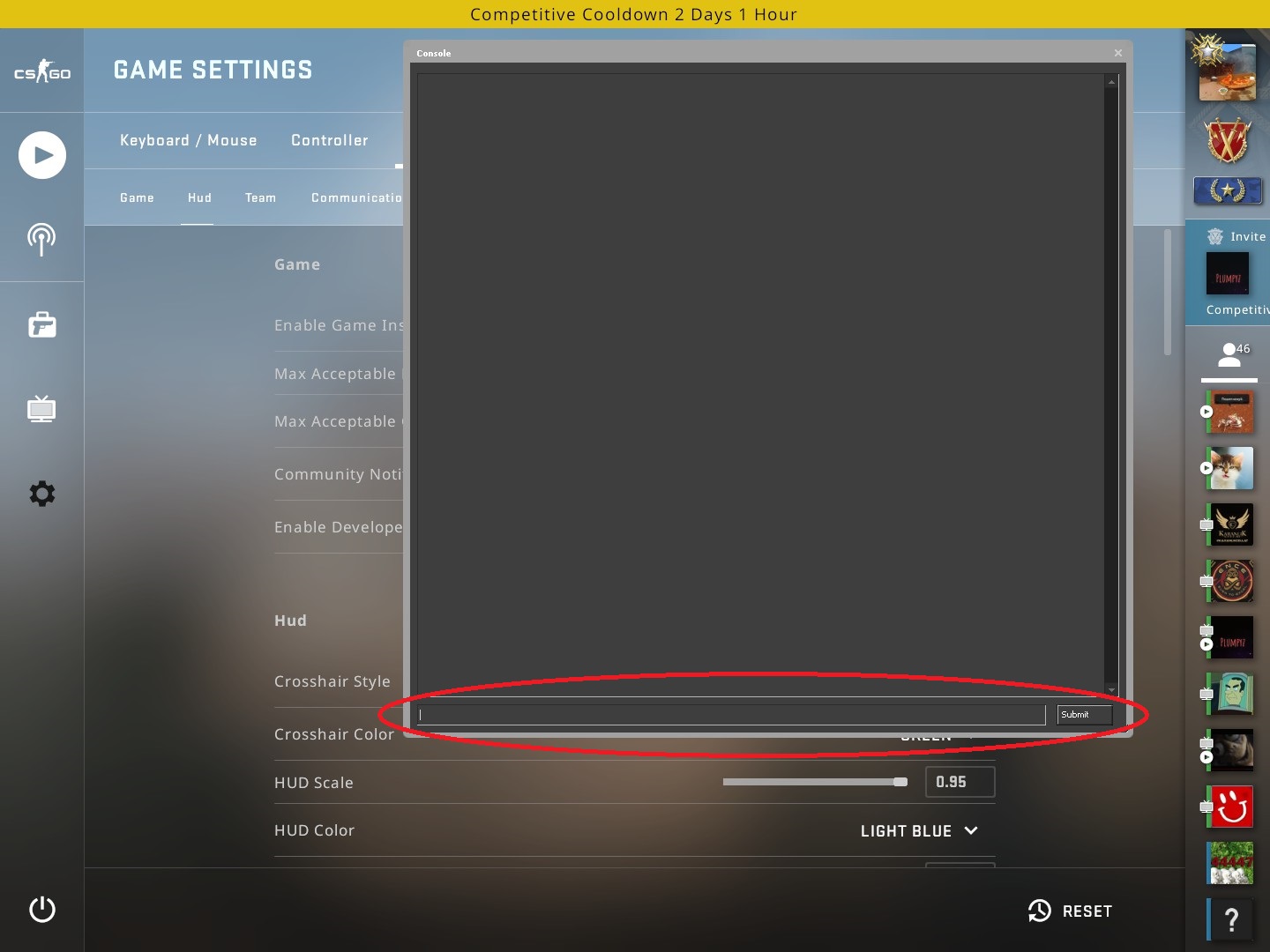 Part 3: The Magic (aka the command you need)

Now that you opened the Developer console, you should think: "hmm.
.
.
what server do I want to play on?".
when you decide, continue with the steps below.
Now I presume you have decided on what server you want to play on.
the command goes like this: sdr SDRClient_ForceRelayCluster xxx xxx stands for whatever server location you choose.
this helpful table will help you decypher what server code coordinates with what location: ATTENTION: NOT ALL SERVER LOCATION CODES ARE DECYPHERED YET.
GO TO THIS LINK TO HELP ME DECYPHER THE REMAINING LOCATIONS, ALL HELP WILL BE GREATLY APPRECIATED key: servers that are in the same location will be seperated by a / (forward slash).
inserting each server will most likely lead to the same result, although I have barely tested any of these, considering I have other things to do besides playing with people I don't know the language of :P server codeactual server nameatlAtlantabomMumbaicanMost likely CanadadxbDubaieatMoses LakefraFrankfurtgruSao PaulohkgHong KongiadSterlingjnbJohannesburglaxLos Angeleslhr*LondonlimLimaluxLuxembourgmaaChennaimadMadridman*Manillaokc*Oklahoma CityordChicagopar*Parispwg / pwj / pwu / pwzMost likely PerfectWorld (China) serverssclSantiagosea*SeattlesgpSingaporesha / shbShanghaistoStockholmsydSydneytyoTokyovie*ViennawawWarsaw *: relay clusters lhr (London), man (Manilla), okc (Oklahoma City), par (Paris), sea (Seattle), vie (Vienna) are only routing clusters -- they don't have actual game servers in these locations.
From what I understand they will still route you into servers from approx.
that location though.


Part 4: Pasting the command and finishing up

At this point I assume you already have the command you need ready.
I will try using sdr SDRClient_ForceRelayCluster atl What you would want to do is: take the command you need paste it into the dev console press Enter, or press submit in the console window.
either will work.
Now you will most likely see the following: this means that everything went okay! good job! if that DIDNT happen, check that you did every step beforehand the right way around, and if that STILL doesn't help, type a comment in the comment section! Now we just need to adjust to the new setting.
your ping will most likely be higher, so I suggest using one of the following options: type this command into the console: mm_dedicated_search_maxping 350or go into your game settings once again, and slide the slider on the option "Max Acceptable Matchmaking Ping" all the way to the right, or just type in the value 350 as shown in the picture now let's test if it works! go into a game, doesn't matter what gamemode, I chose deathmatch due to me being on a cooldown from competitive MM.
now bring up the developer console just as you did last time and then type status into the console.
now you'll see the console spit out the server region you're playing on! and.
.
.
that's pretty much it! you did it! IMPORTANT NOTE: THE RELAY CLUSTER REGION WILL RESET EVERY TIME YOU REOPEN CSGO, SO EITHER PUT THE COMMAND INTO YOUR AUTOEXEC.
CFG OR TYPE IT IN EVERY TIME YOU OPEN THE GAME! 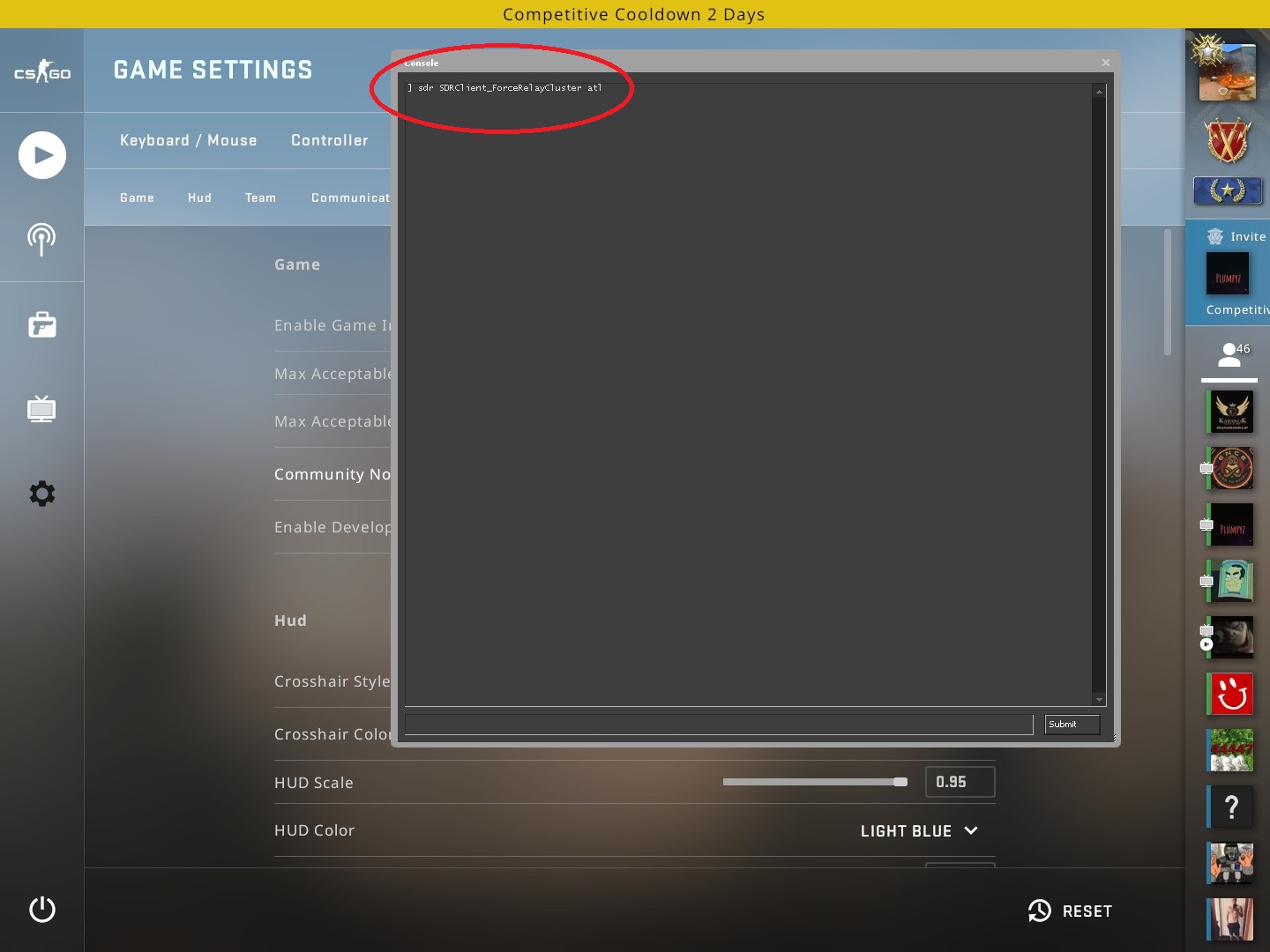 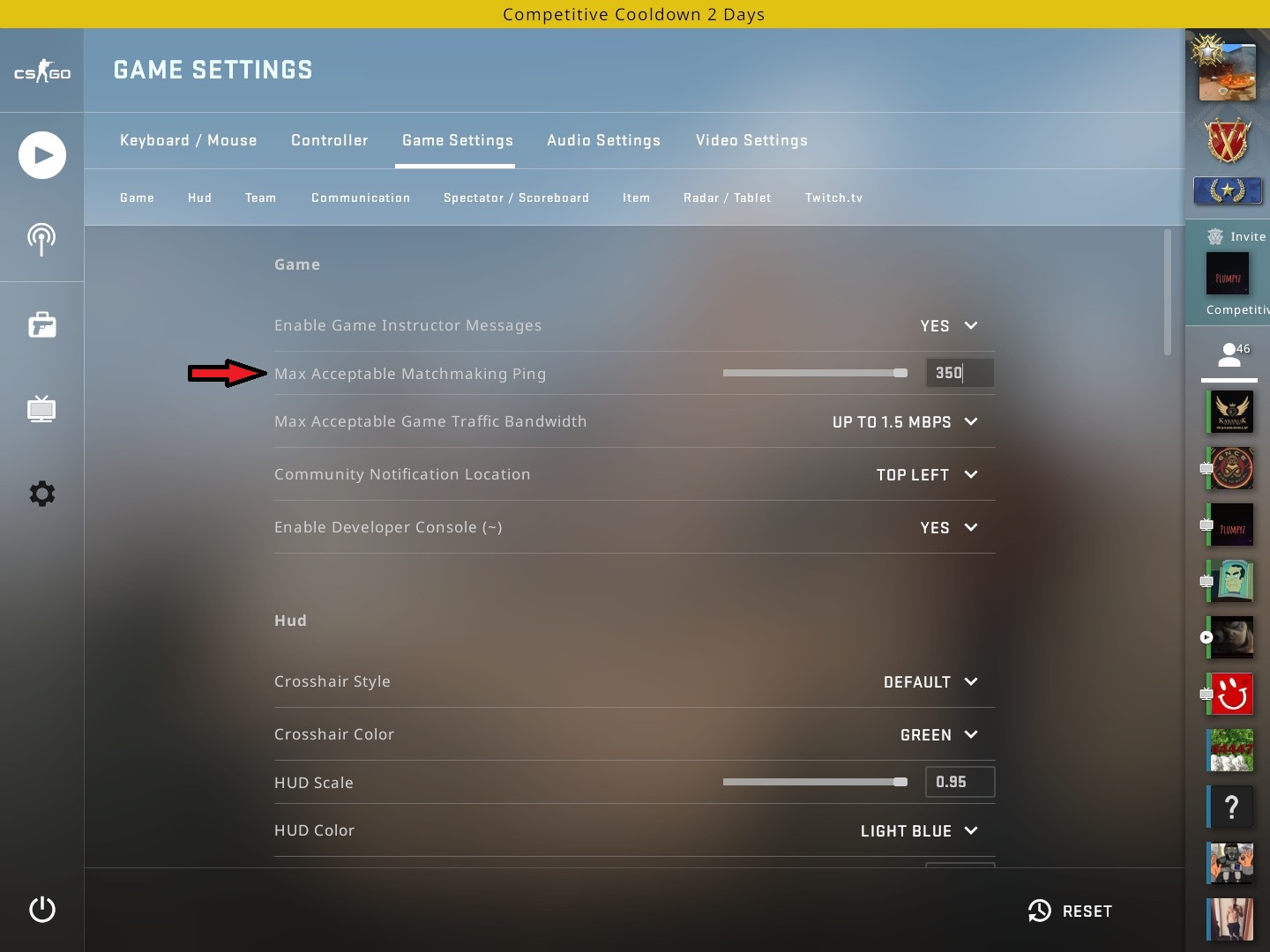 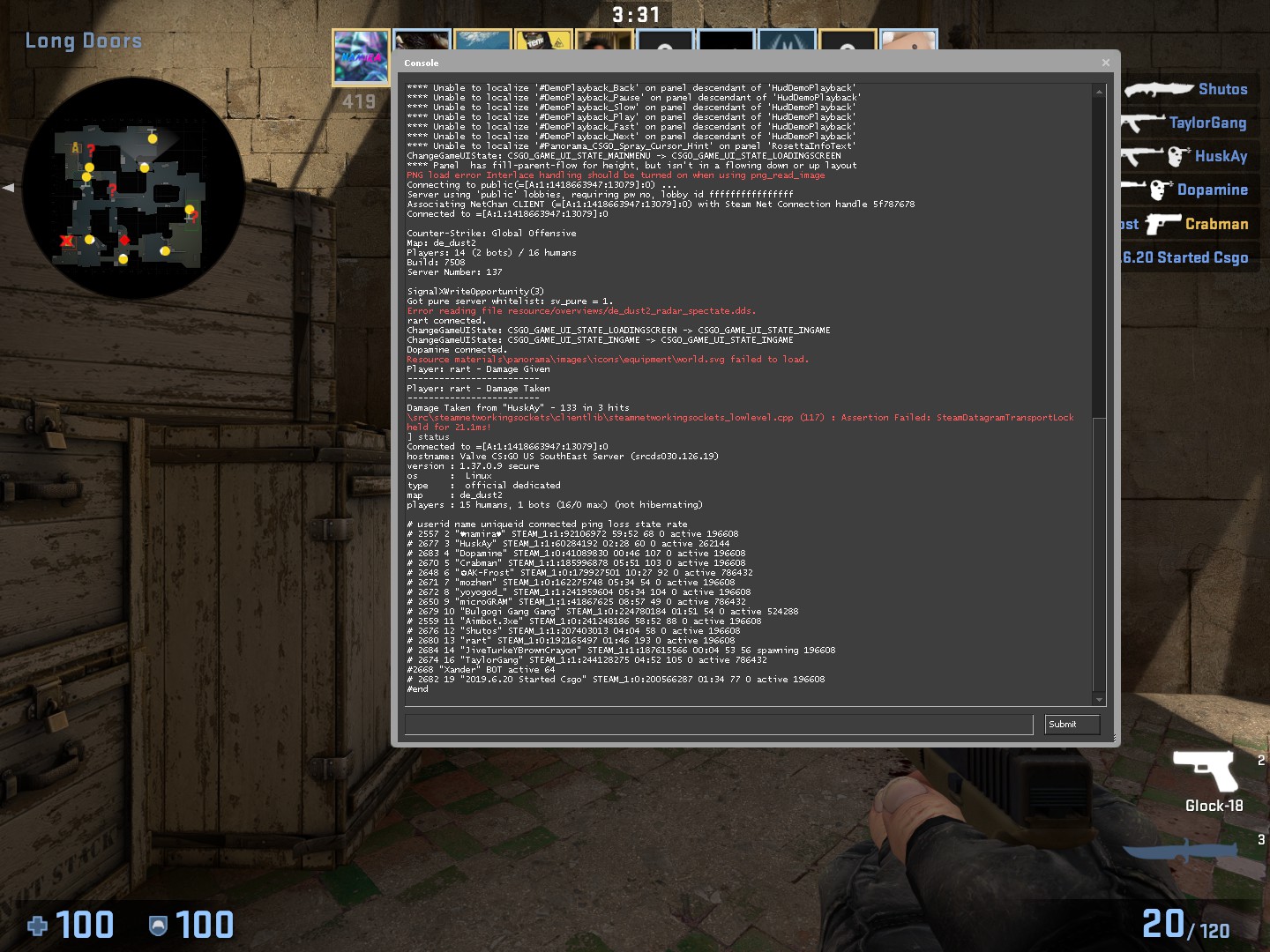 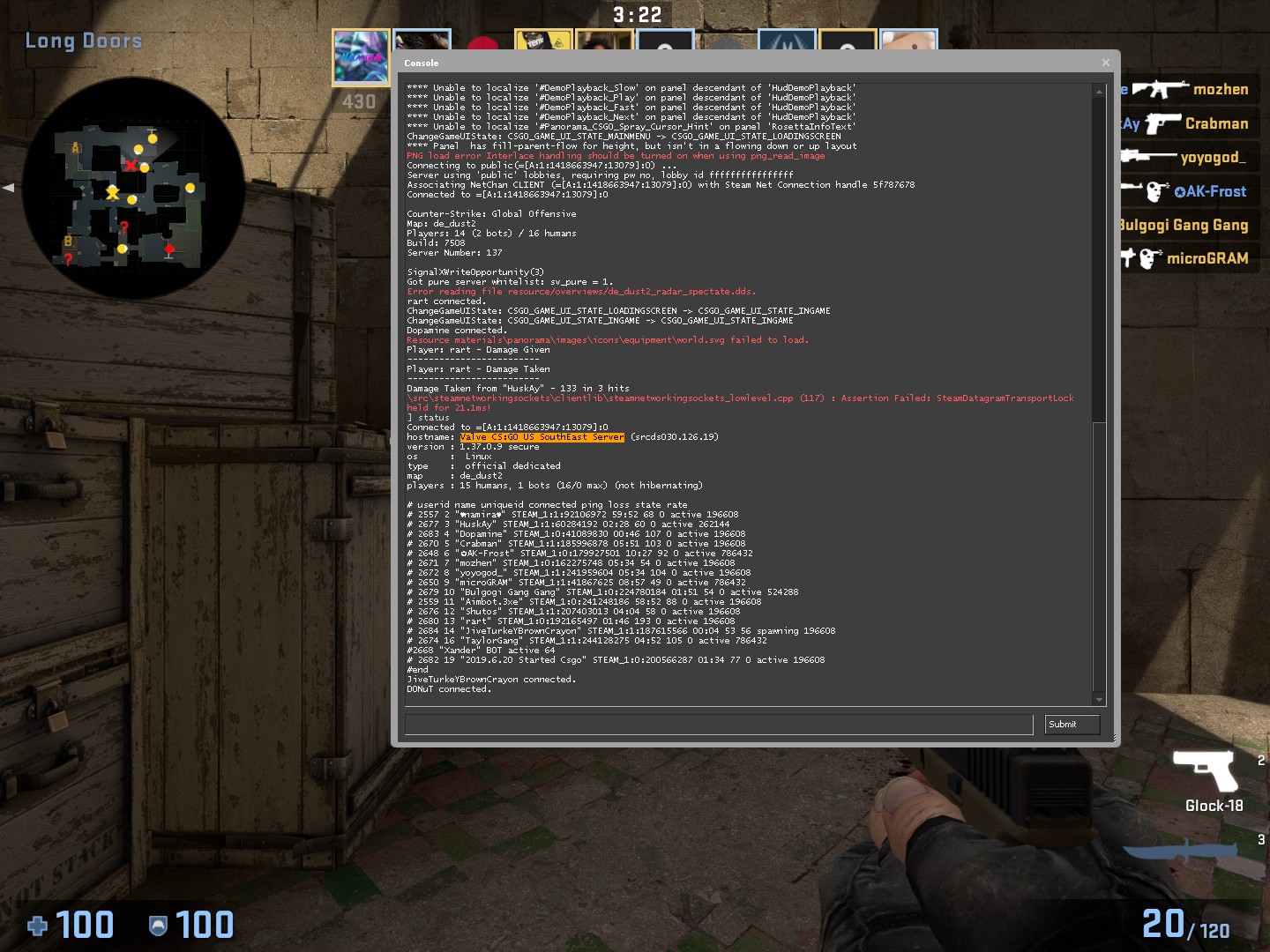 Part 5: thanks and a goodbye

SPECIAL THANKS: A special thank you to steam user