How To Throw Grenades Quickly 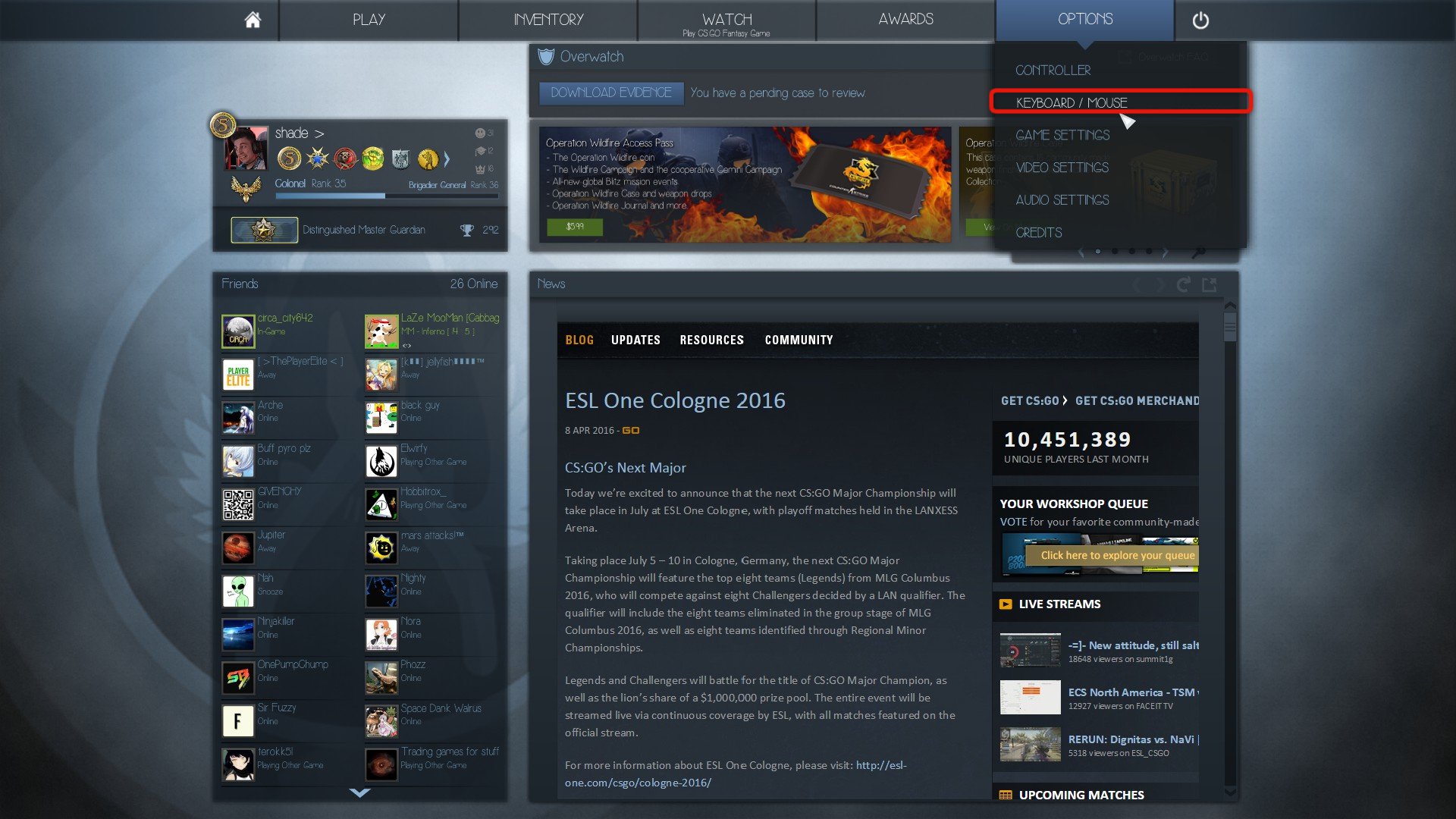 Ever wonder how professional players are able to effortlessly dish out a variety of grenades in a quick succession? It's simple.
The only thing you'll need to be able to do this is to have each of your grenades bound to a key.
This should be a given, but I sometimes still see people use their mouse wheel to cycle through their grenades, which is something that should be avoided.
The first section of this guide will briefly go over how you can bind your grenades to a key if you haven't already done so.
If you've already done this, skip over to the next section.

Binding your grenades is easy, and shouldn't take you more than a minute to do.
While in the main menu, navigate to the options tab located in the upper right hand corner of the screen, then click on keyboard and mouse.
Once you've done that, scroll down a bit until you see the different types of grenades.
From here, all you have to do is assign each one to a key of your choice.
ezpz. 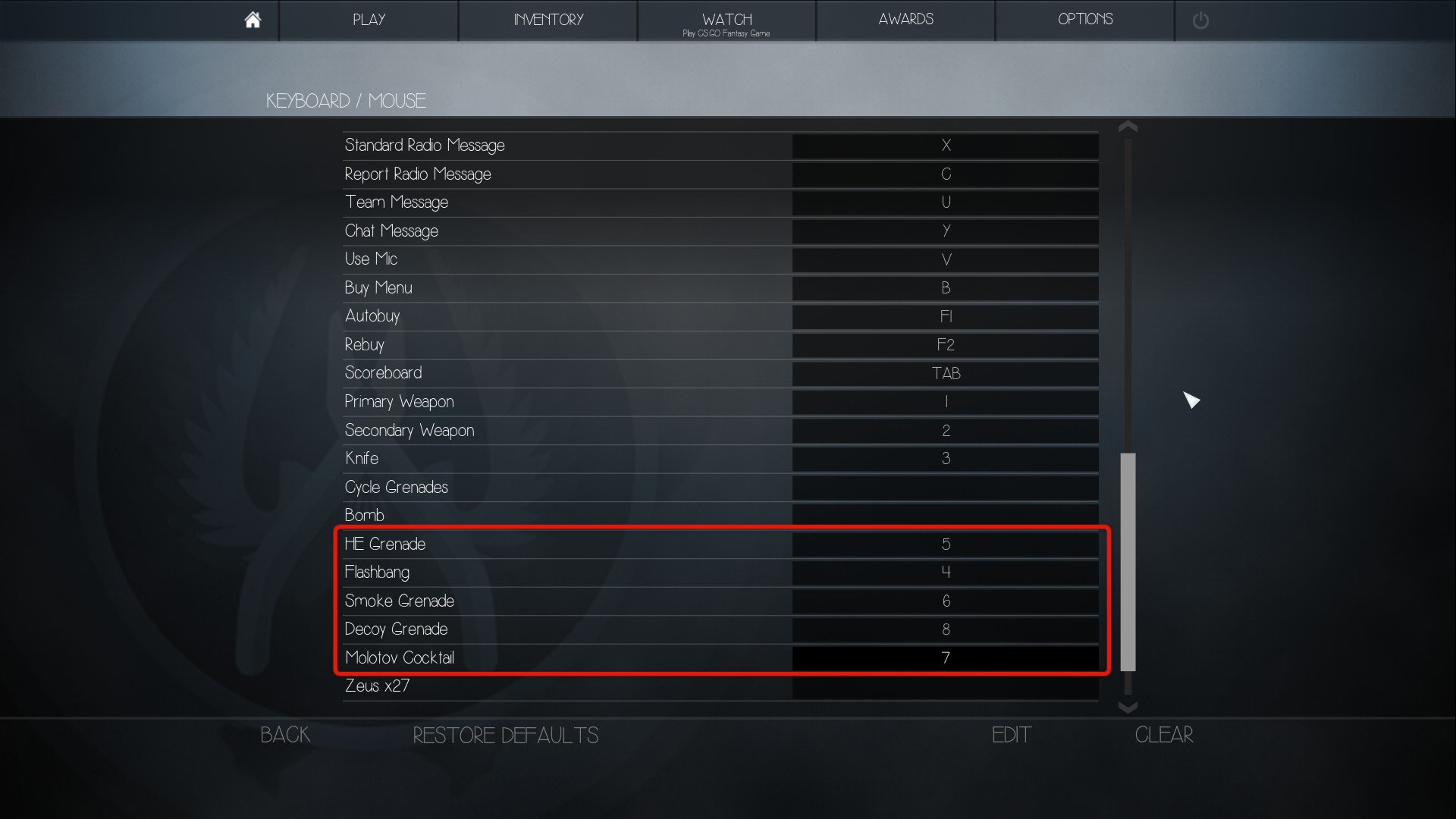 The next thing that I'll go over is how you can instantly switch back to your primary weapon during a grenade throw.
Each time you throw a grenade, there's a small delay before you actually pull out your weapon.
This happens because of the throwing animation, which can be canceled with a single key press.
The video below demonstrates the difference between throwing a grenade normally, and throwing with a grenade cancel.
How's it done? Easy.
All you have to do is press your quick switch key the moment the grenade leaves your hand, assuming that your primary weapon was your last selected weapon.
What this essentially does is cancel the throwing animation, allowing you to switch to your weapon swiftly and seamlessly.
Alternatively, this also works with pressing 1, but I personally prefer to use quick switch.

You've probably seen a lot of professional players throw a flurry of nades out quickly in intense situations.
This is also a very easy thing to do, and can be quite effective for performing fast executes or if you find yourself being rushed by the opposing team.
The video below demonstrates the effectiveness of fast grenade throwing versus normal throwing.
How's it done? This can be achieved similarly to the method described previously.
In between each throw, just as the grenade leaves your hand, you want to press the hotkey of whatever grenade you want to use next.
For example: If I wanted to throw a flash + smoke combo, I'd press the hotkey for my smoke grenade the moment after I throw my flash.
And to finish the combo, I'd use my quick switch key to promptly pull out my primary weapon after I throw the smoke in order to cancel the throwing animation.
The Exception The technique I mentioned above works with almost all of the grenades.
Flashbangs, however, work a bit differently.
If you're attempting to throw a double flash combo, it won't work with the way I described before.
Even if you spam your flash hotkey after the throw, you'll find that there's a small delay.
To get around this, you simply press qq, as if you were canceling the automatic scope of an AWP.
This can also be done by first pressing q, followed by your flash hotkey.
This is the method I prefer to use as I feel I can press these keys more quickly, but feel free to use whatever method you feel most comfortable with.

That's it! Hopefully I was able to help some of you out, and I hope that you'll be able to put this to use and incorporate it into your own gameplay.
glhf :)