1/1 - Only example of a blank skin, missing souvenir informations.

Rarest pattern : 514.
This is the only skin to come in only the Souvenir condition.

1/1 - Refund by the Steam Support, missing the regular Covert quality and purple borders/text. 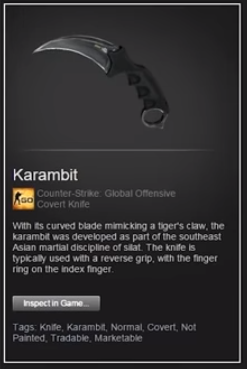 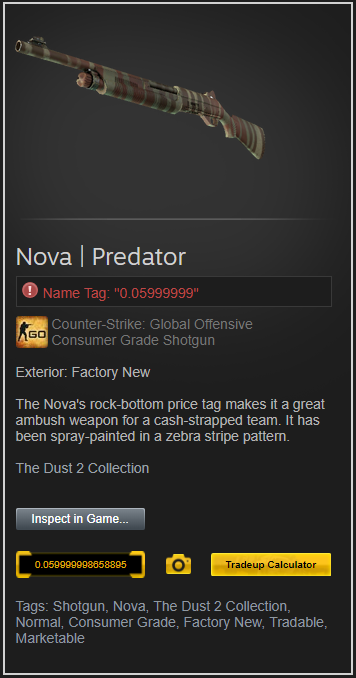 Souvenir Packages from 2013 are the rarest and the oldest.
You can find regular packages, from game between two teams, and you can find Teamless Packages, without teams in the description.
You will have a Teamless Souvenir Skin from those packages.
You can also find packages for Valve Squad Alpha & Bravo, and NiP Team A VS NiP Team B.
They are a limited ammount of packages for those games, and they can go for well over 250$. 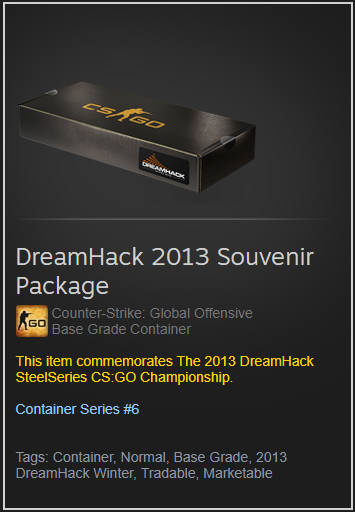 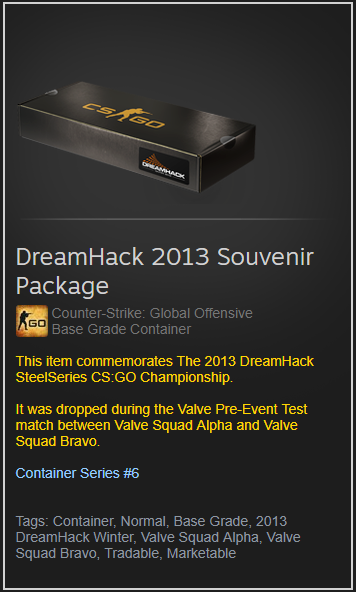 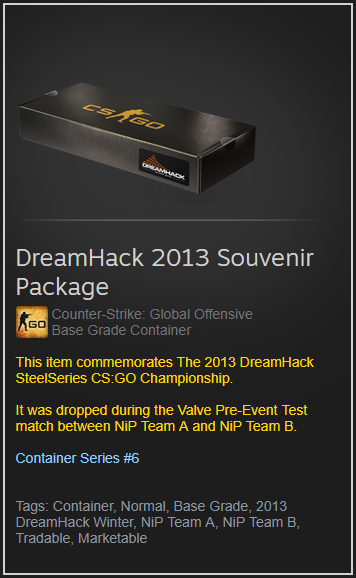 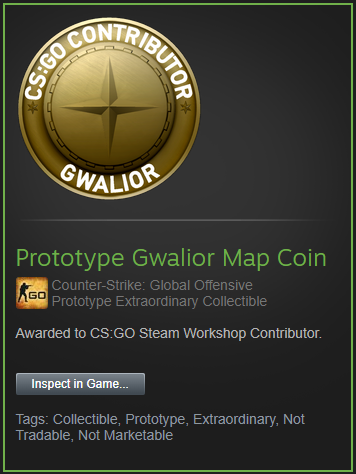 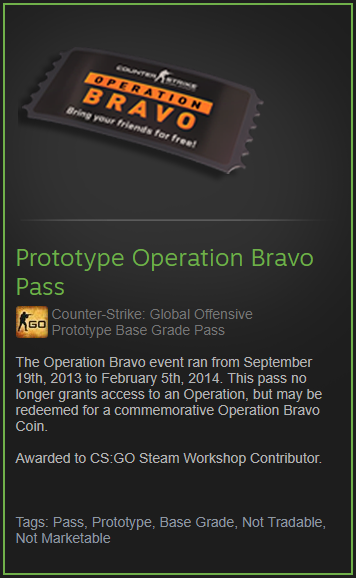 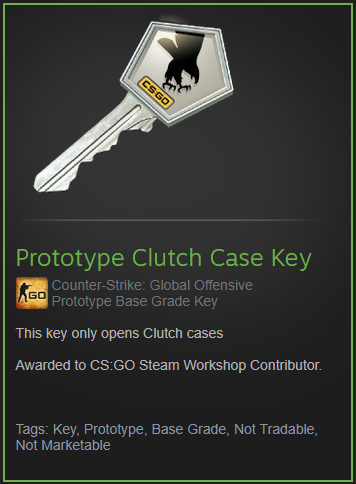 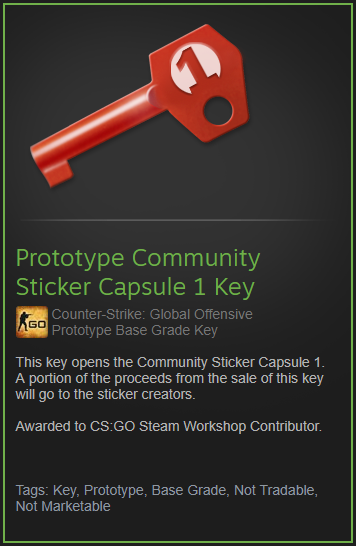 There are also Prototype Capsules, from Katowice 2014, which exist in only 2 exemplar, owned by the professional player Skadoodle and his teammate AZK.

These items were dropped during the 2015 Bloodhound Operation, after missions.
They don’t exist anymore, but some players still haven’t opened them. 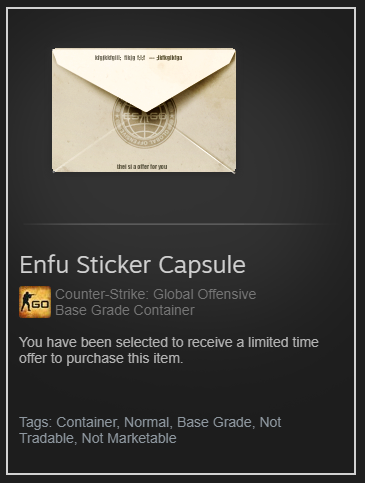 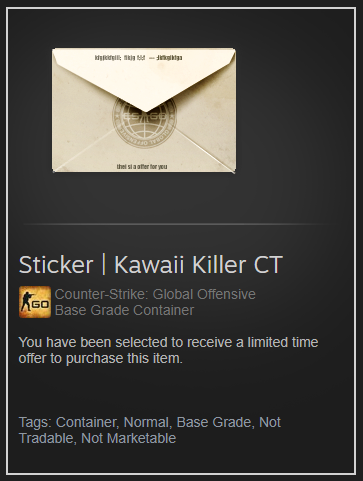 This player bought 2 pass and activated them on his account.
This was most likely a bug, and was patched soon after.

Final Words and Special Thanks !

We hope you enjoyed the guide, if you know any other Special Items, or weird Skins, be sure to leave a comment, or add Phazz for more informations.
- Vukast - czamarr - JEBTHESHEEP - Dutch - Lixo