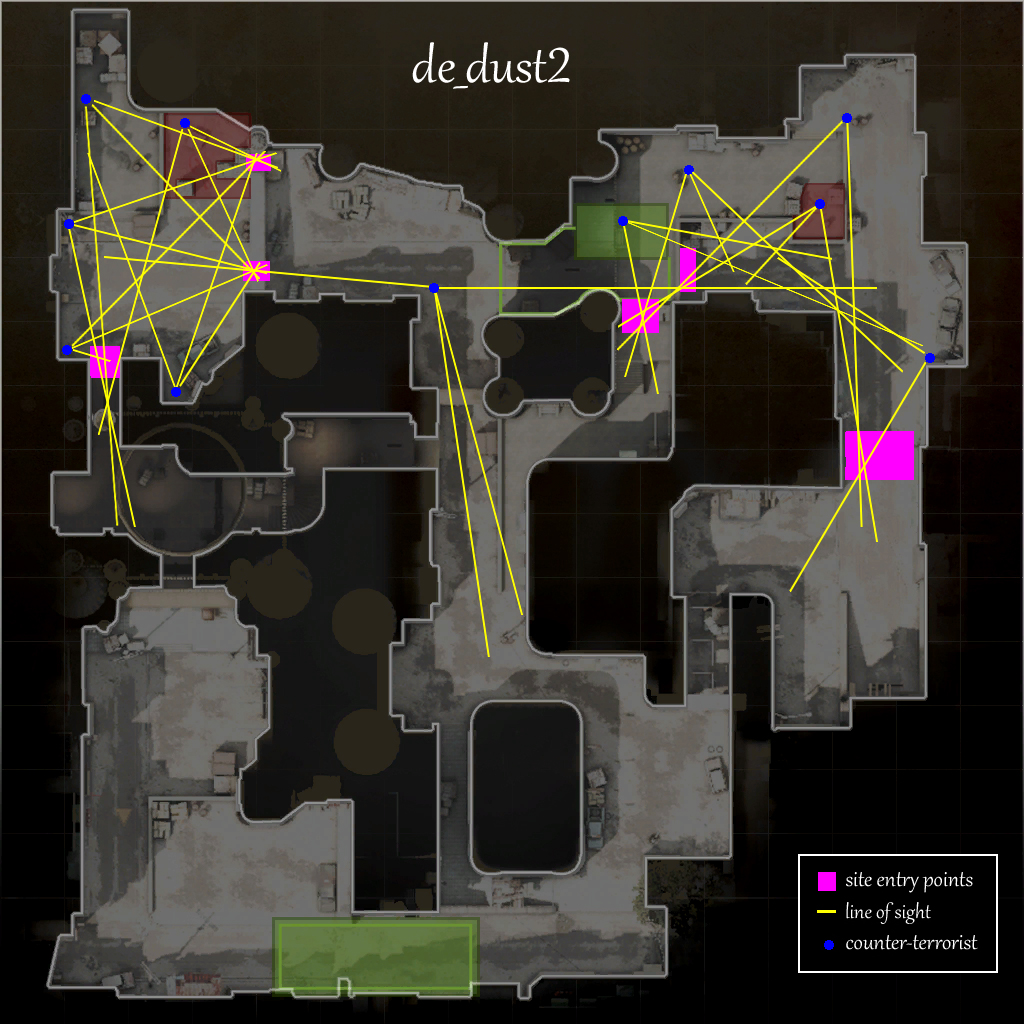 Defusing the C4 is part of the objective for Counter-Terrorists on CS:GO 'de_maps'.
If the terrorists successfully plant the bomb, the Counter-Terrorists can win the round by defusing it, even without killing all of the terrorists.
Preventing the terrorists from planting the bomb is the ideal situation.
This can be done by properly holding the bomb sites.
Knowing the access points and lines of sight will greatly increase your chances of holding the site.
Smoke can be used on the outside of the bombsite at their entry to help hide your location in the site and slow down their rush.
( they only have 2 minutes to plant in competition ) but throwing a smoke grenade in that location before knowing if any terrorists are even there is a waste.
.
you will need it later on to help defuse if they went to the other bombsite.
.
.
I have seen many CTs throw smoke right out of spawn to help get to a bombsite to defend it.
( dust2 for example, smoking double doors ) but it only takes one smoke grenade there which you can throw from spawn, and purchase another one right away.
The Basics of Defending & Defusing are: get to a bombsite and chose a defensive spot ( 2 to 3 CTs per site ) possibly smoke outside the site at their entry point killing them as they enter if planted at the other site, use smoke to cover their lines of sight clear the bomb site defuse the bomb with a defuse kit or let someone who has one defuse it 'Camping' a bomb site as a CT will increase your teams chances of winning the round.
Don't worry about being called a 'camper noob' etc they are just upset and venting how they can.
.
'Camping' or defending is your job as CT.
and.
.
.
When I say camp.
.
I don't mean just sit and hide while your team mates are getting slaughtered !! I mean stay in your area and help defend the site!!! 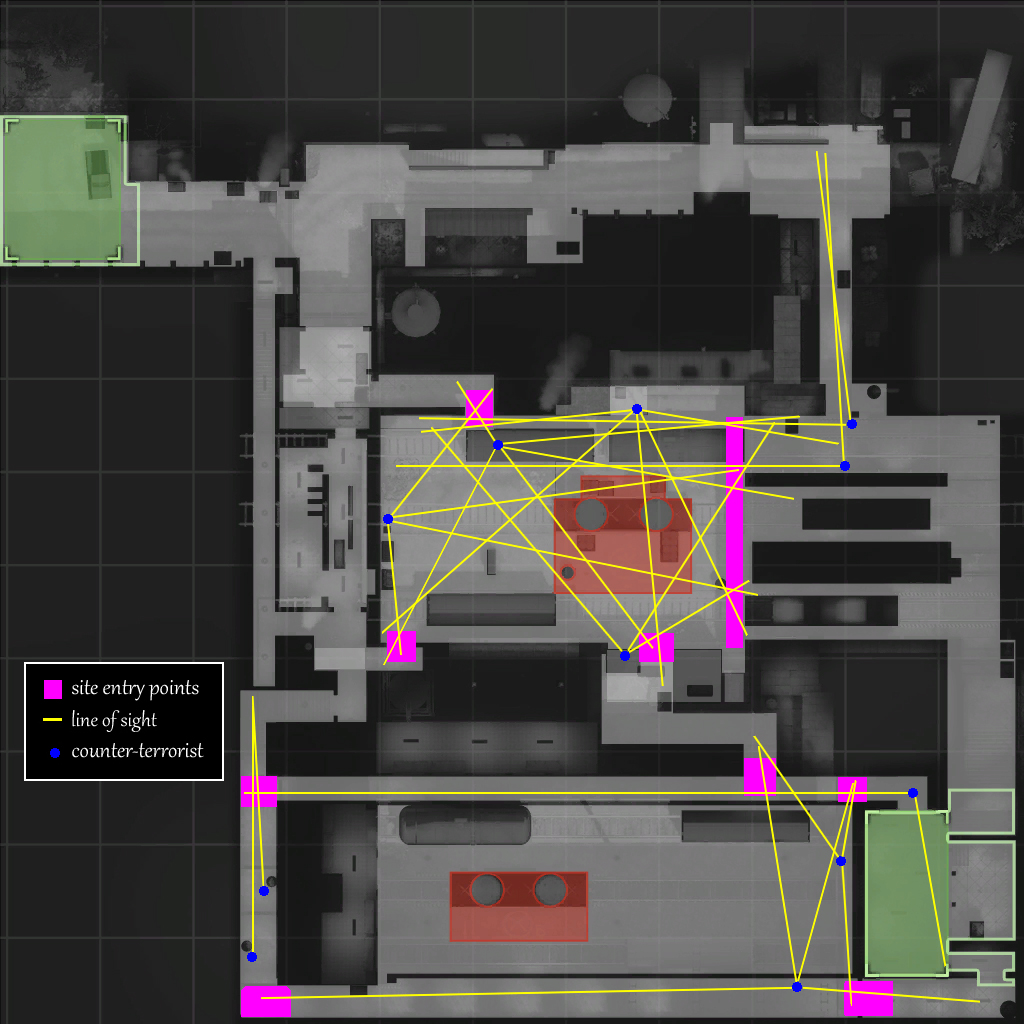 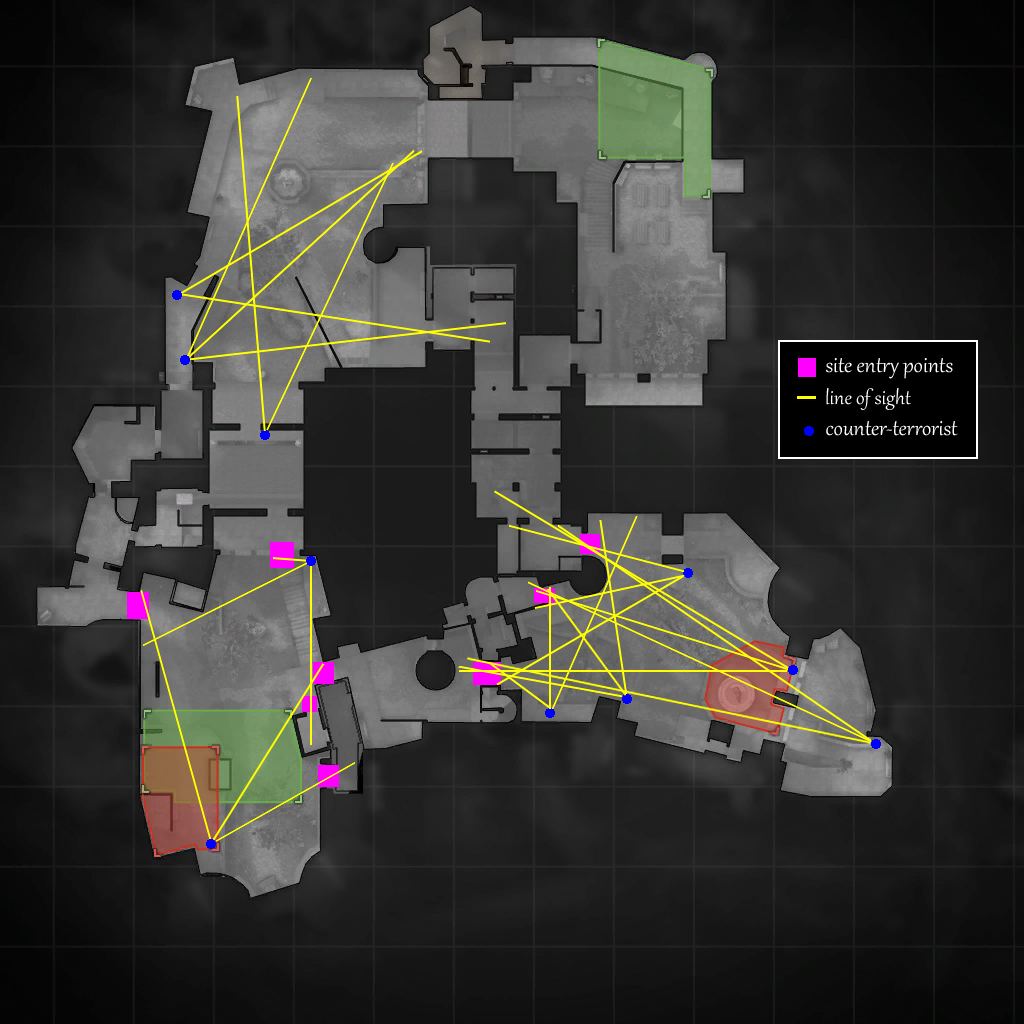 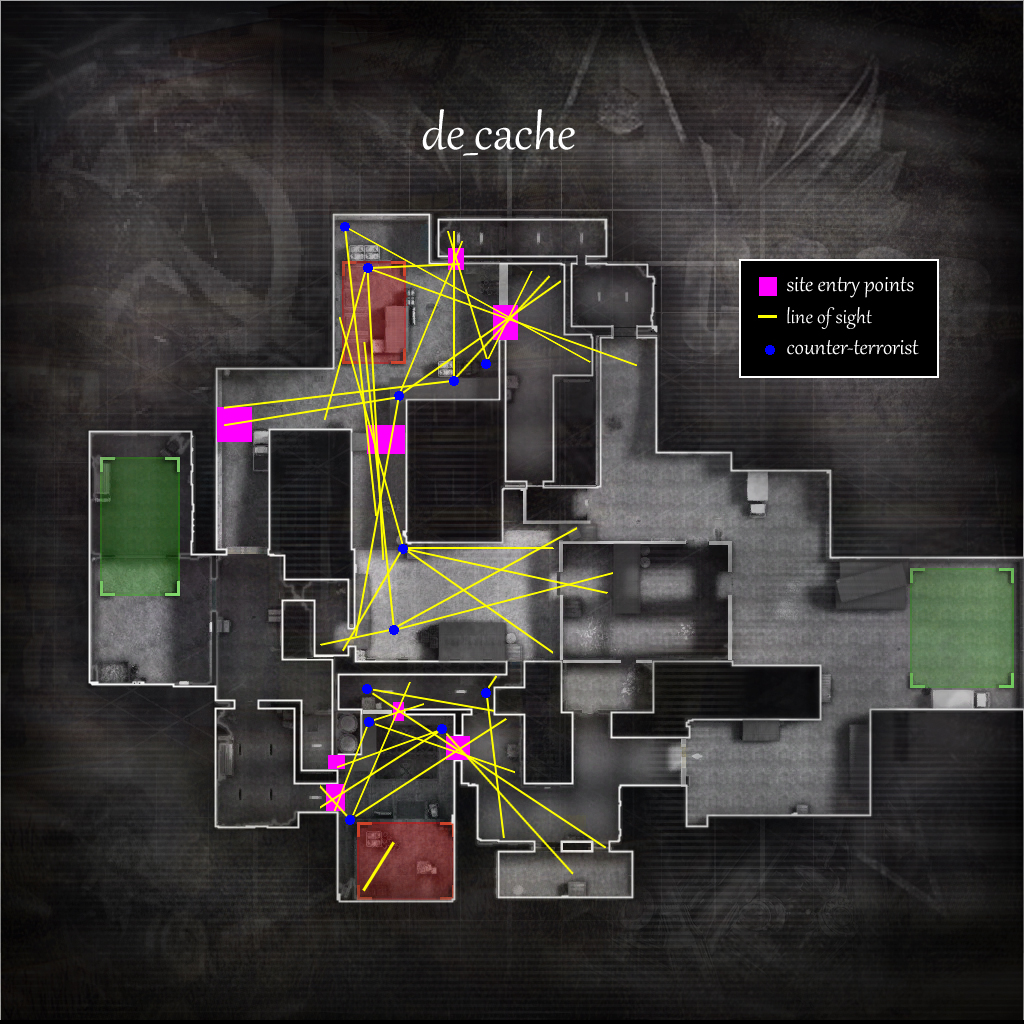 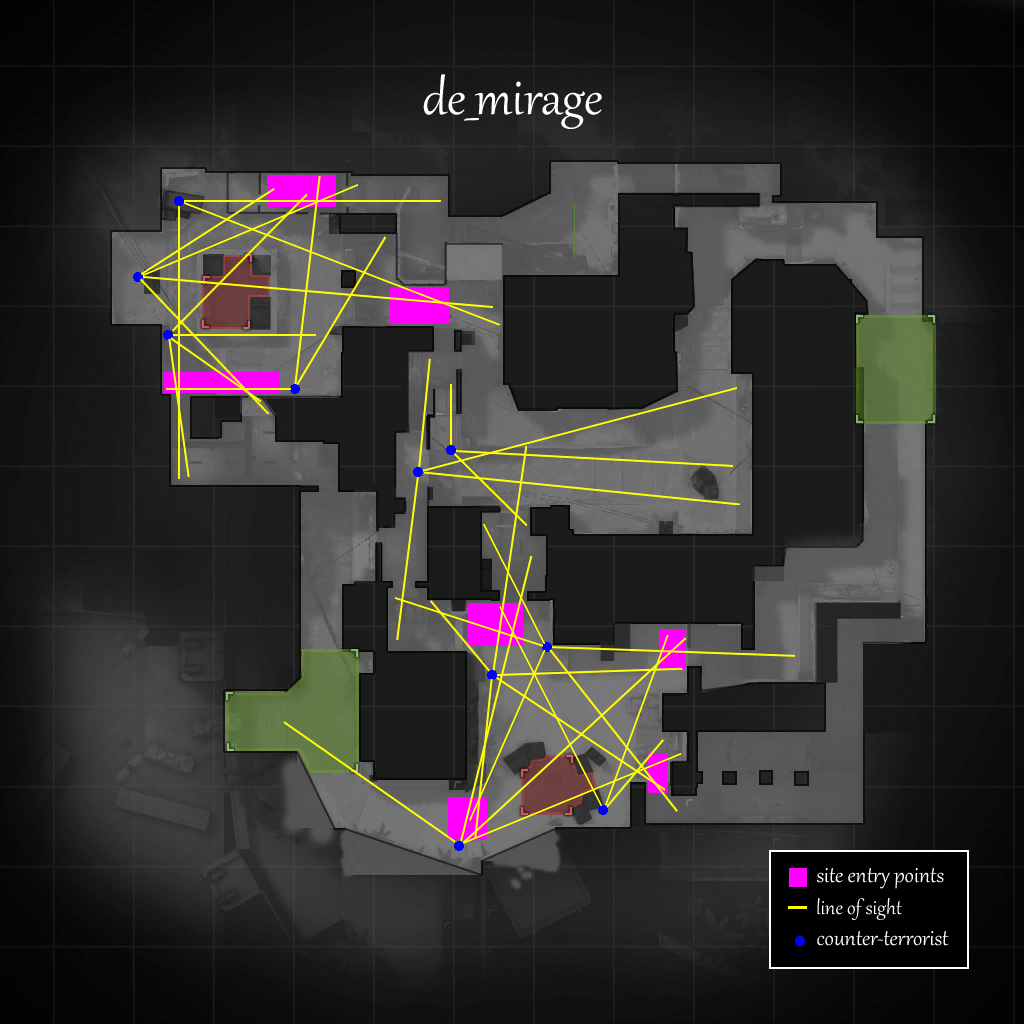 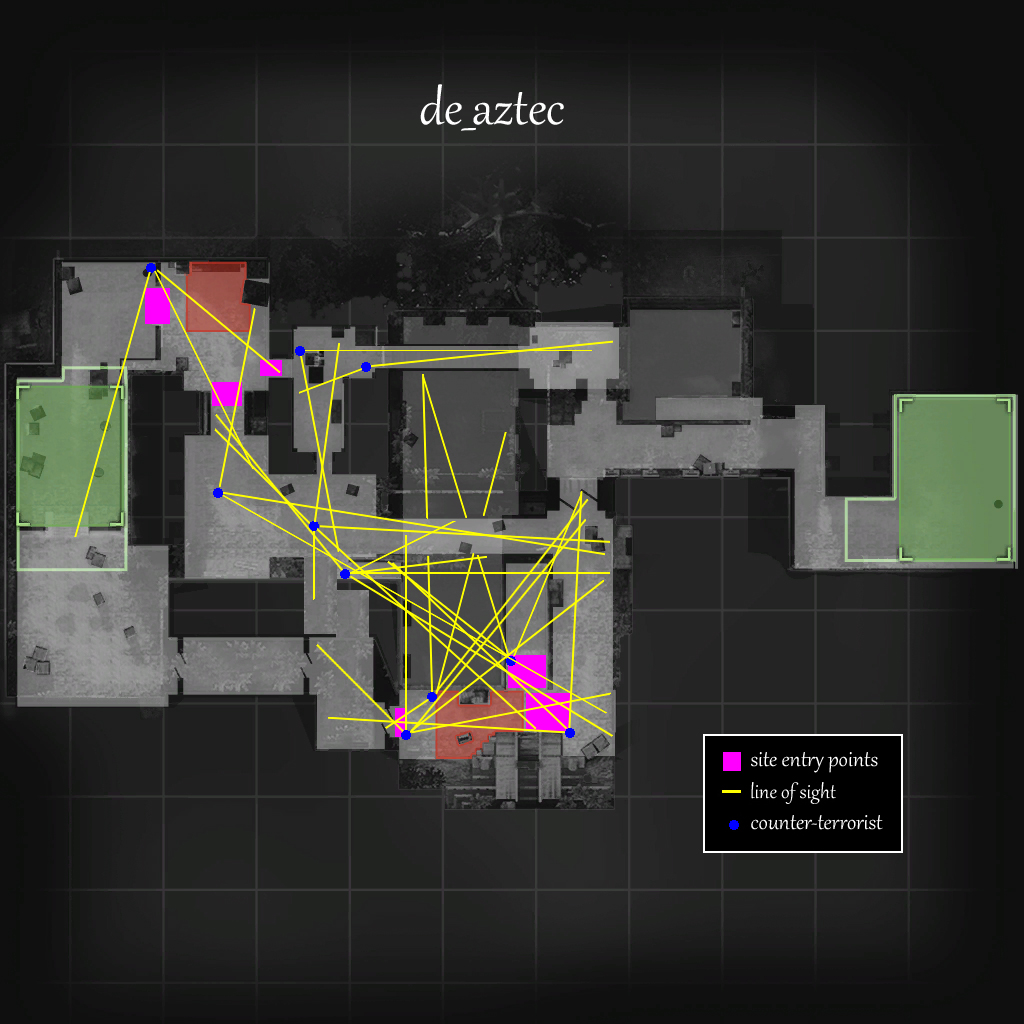 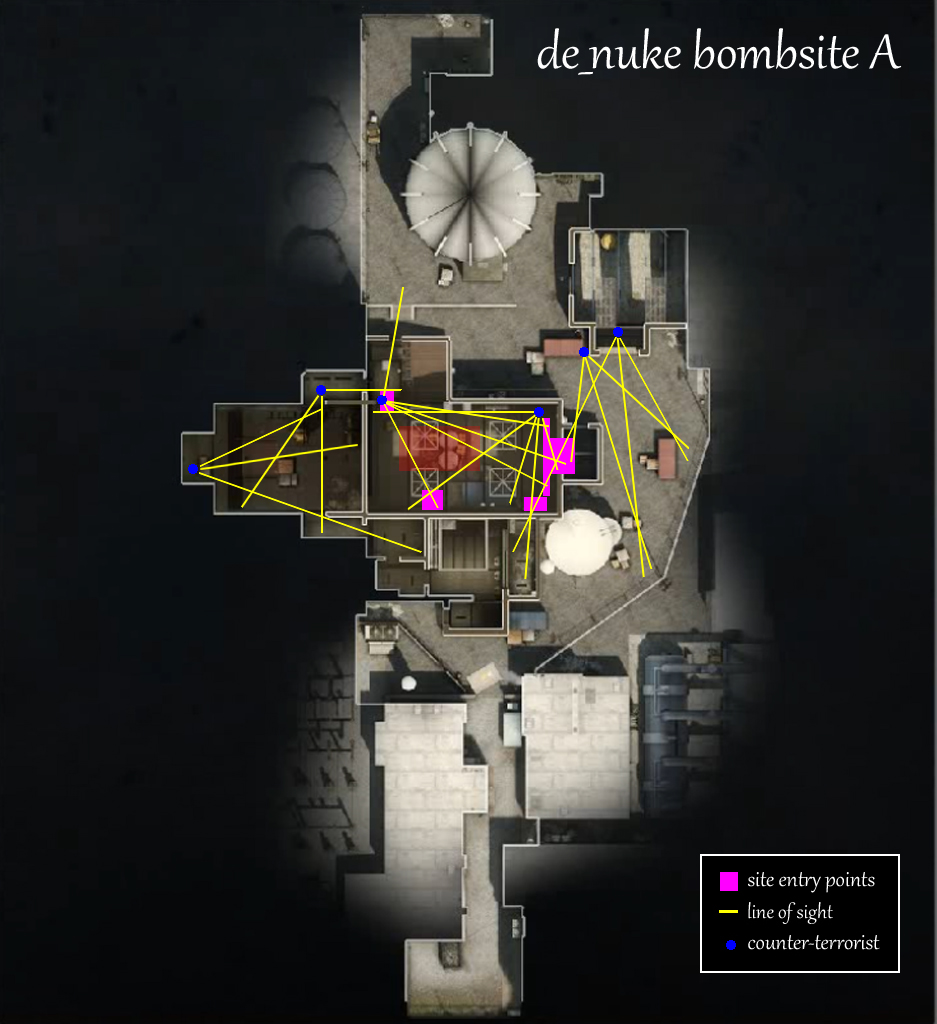 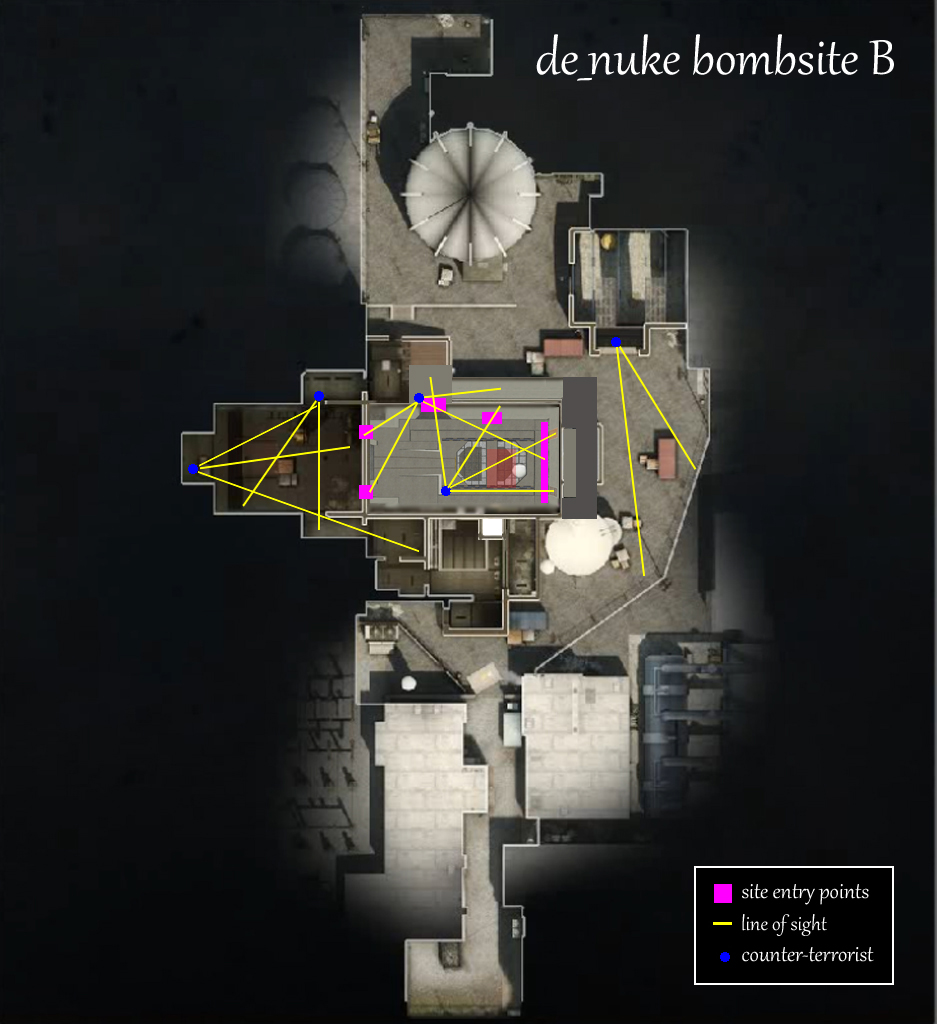 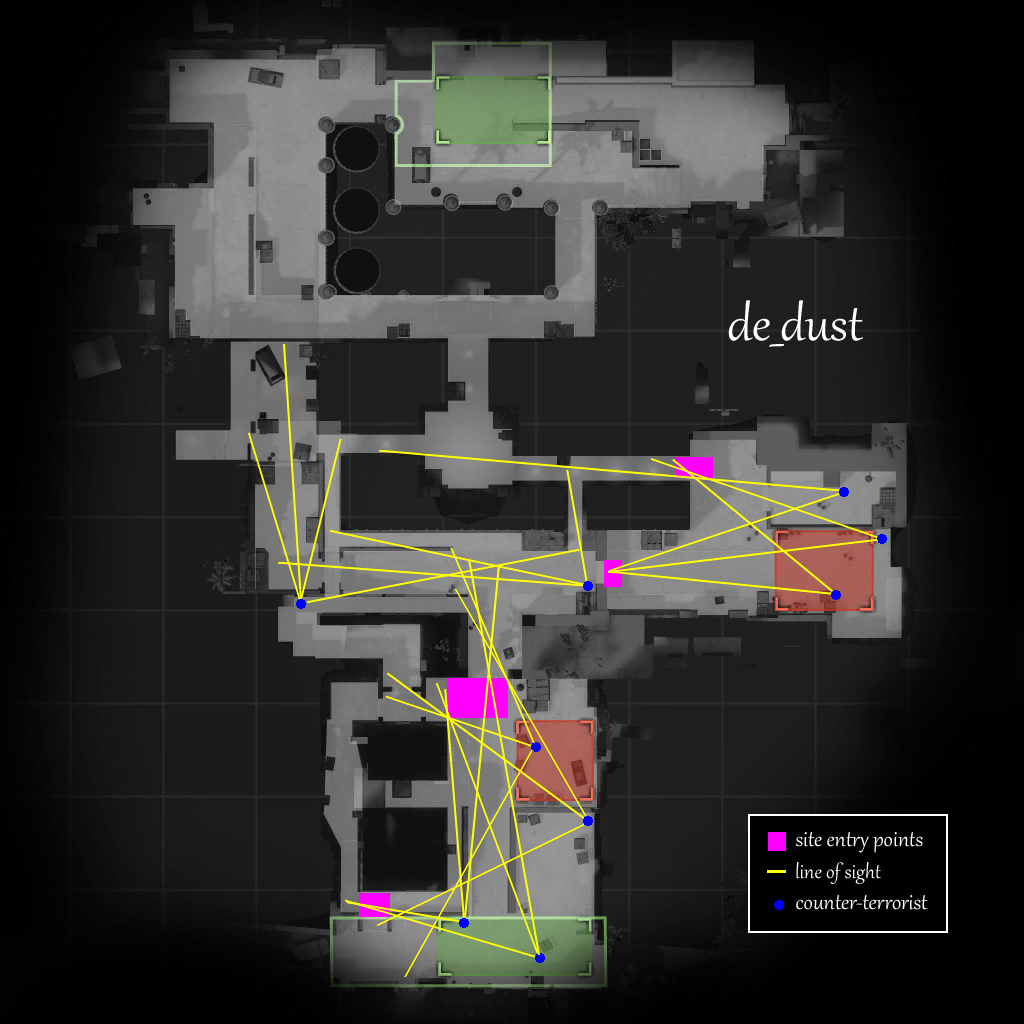 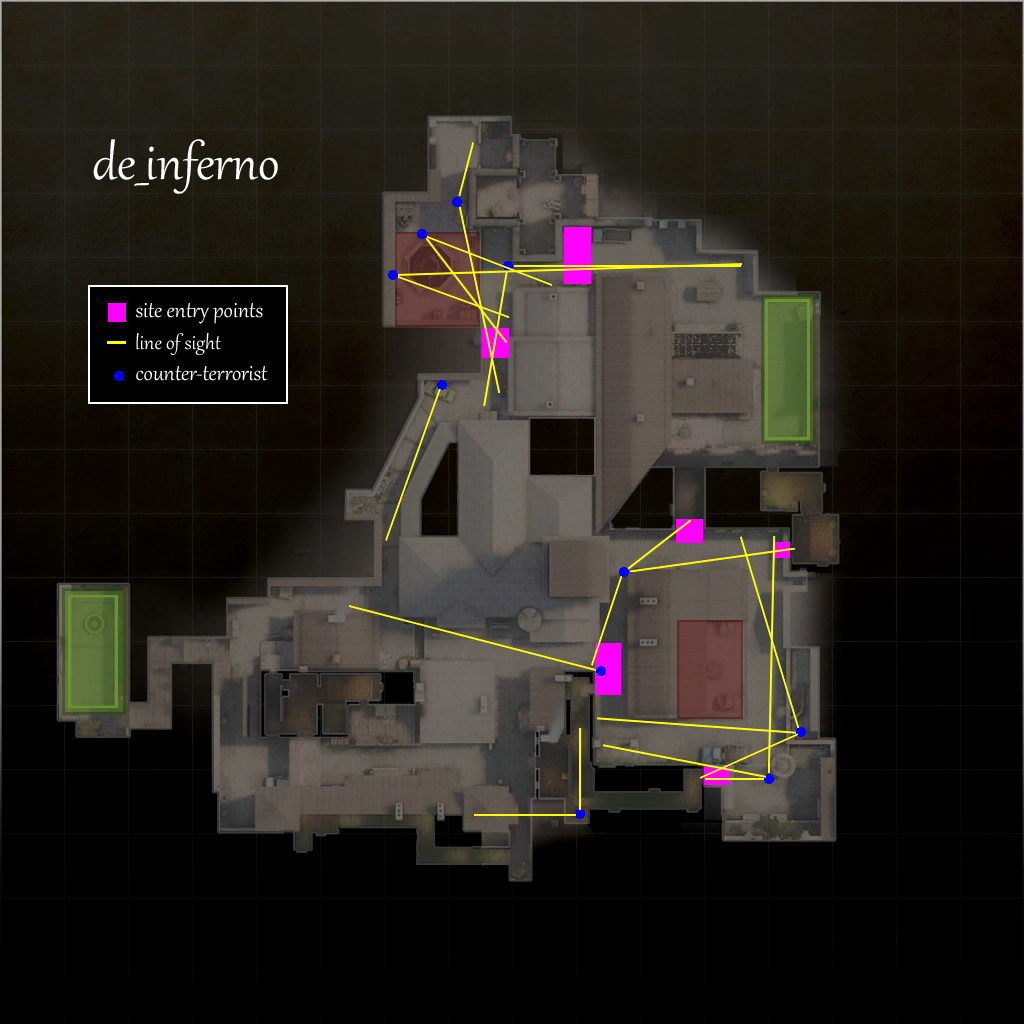 Ideally, you want to prevent the terrorists from planting the bomb.
In cases where they successfully planted, you will need to clear the site and defuse the bomb.
Defuse kits greatly reduce your defusing time from 10 seconds without a kit, to 5 seconds with a kit.
It is good practice to buy a defuse kit when playing a CT.
Many experienced teams will only purchase 1 or 2 kits, knowing that if their team mate dies, they will pick up the kit.
( I have also seen a CT start a defuse without a kit, when there was only about 8 seconds left till explosion, while their team mate right next to them had a kit.
.
.
) In my own opinion, Defuse Kits should be droppable, just like the C4 Bomb.
.
but thats not my call to make !! Most players don't just rush into a bombsite where the bomb is planted without clearing the site first.
.
.
.
.
.
( but I have seen some just run in with their knife out and try to head straight for the bomb.
.
) When entering into a possible hostile bombsite where the bomb is planted, always 'clear' the site first.
( check all hiding spots, doorways etc ) this will help you live while you defuse the bomb.
.
time is a factor though, don't spend all your time checking every nook and cranny 3 calls over.
.
the bomb will end up going off.
If the terrorists are smart, or read my 'C4 Planting Guide', they will have many angles in which to kill you as you are defusing.
Cutting off their line of site to the bomb using smoke grenades can give you the extra second or two to complete the defuse.
.
although you may die after the defuse, the objective is to win the round.
Another trick to get the terrorists to show themselves is to 'fake' defuse.
.
Faking a defuse is starting a defuse but immediately stopping and aiming at the point in which you think they will come from.
Many terrorists will show themselves in this situation and you may be able to kill them and then proceed with the defuse.
Experienced terrorists know this little trick and tend to wait 3 to 4 seconds before 'peeking', they will try to play a cat and mouse game with you to eat up precious time.
.
If you have smoke grenades and another CT member alive, it will be much easier to defuse the bomb.
Survey the planted bomb and all possible 'lines of sight'.
Throw smoke in an area that will cut off as many lines of site as possible.
While one CT is defusing, the other can watch the un-smoked lines of site.
.
in this situation, a fake defuse may do you more harm then good.
.
.
if the terrorists waits the 3 to 4 seconds then peeks, your teammate can hold him off for the last 1 to 2 seconds.
.
( assuming you have a defuse kit.
.
which you should !!! ) To actually defuse the bomb, target the bomb in/near your crosshairs and press AND hold your 'Use' key.
Deactivating the bomb takes 10 seconds without a kit and 5 seconds with a kit.
Make sure you hold down your 'Use' key until the bomb is defused, otherwise you will have to start over.

Here are some pictures of possible areas to smoke to help remove some of the terrorist's lines of sight to the planted bomb.
You can use the following maps as a guideline on where to throw the smoke grenades.
Remember each situation may be a little different and may not work every time ( more maps / locations will updated regularly !! ) 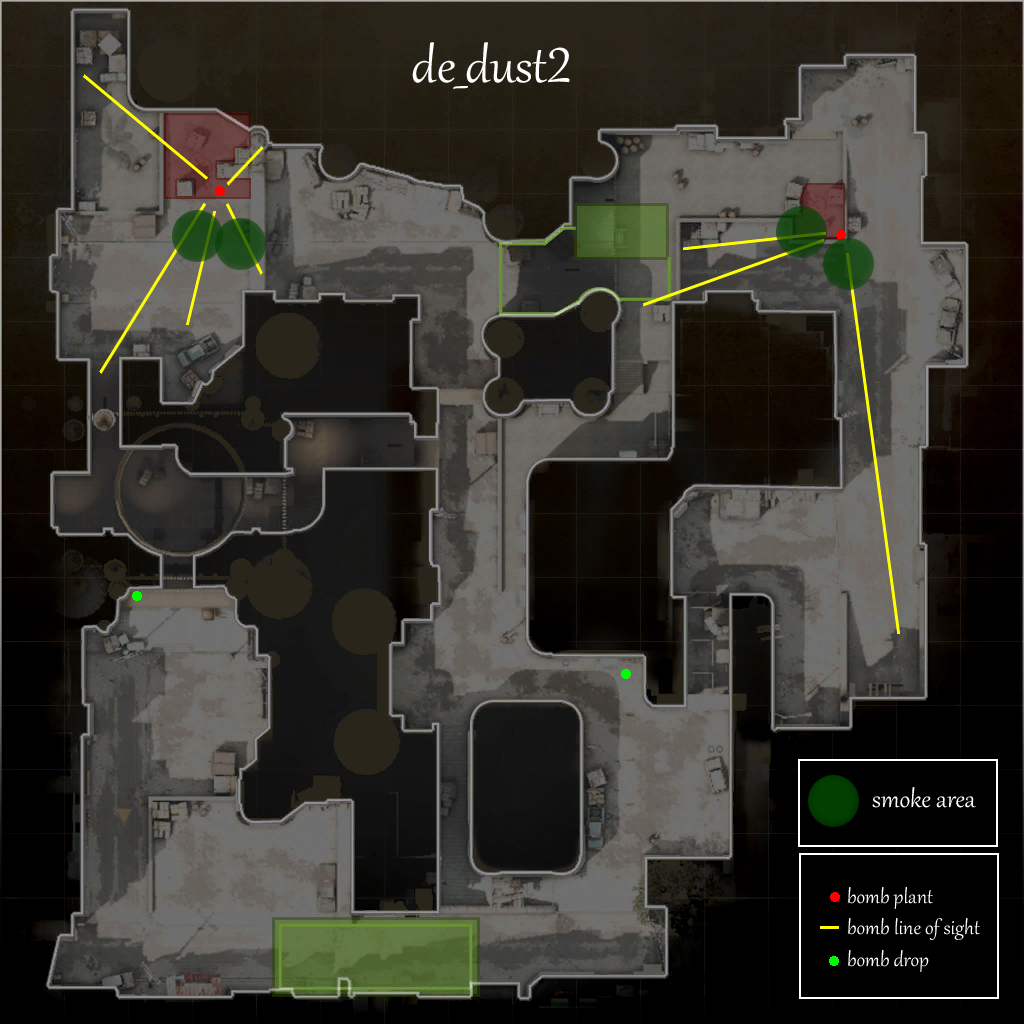 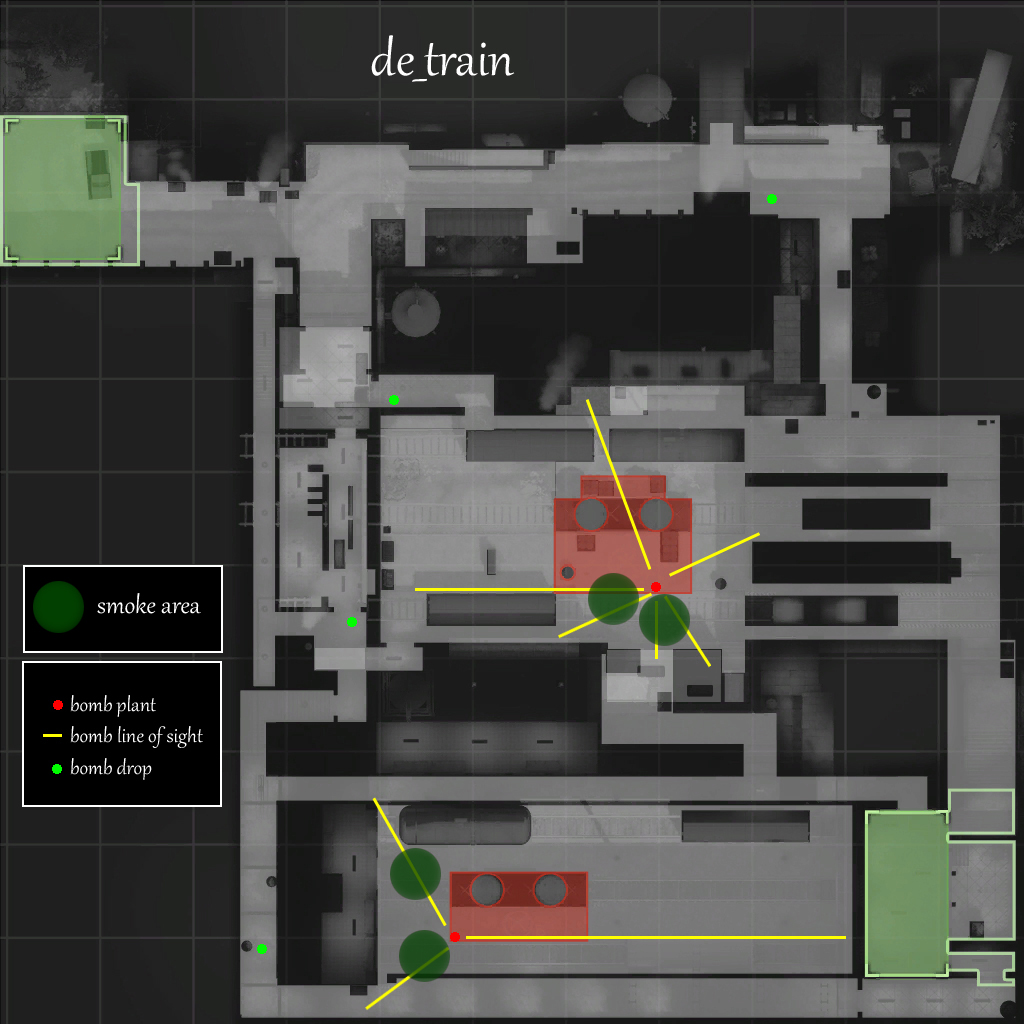 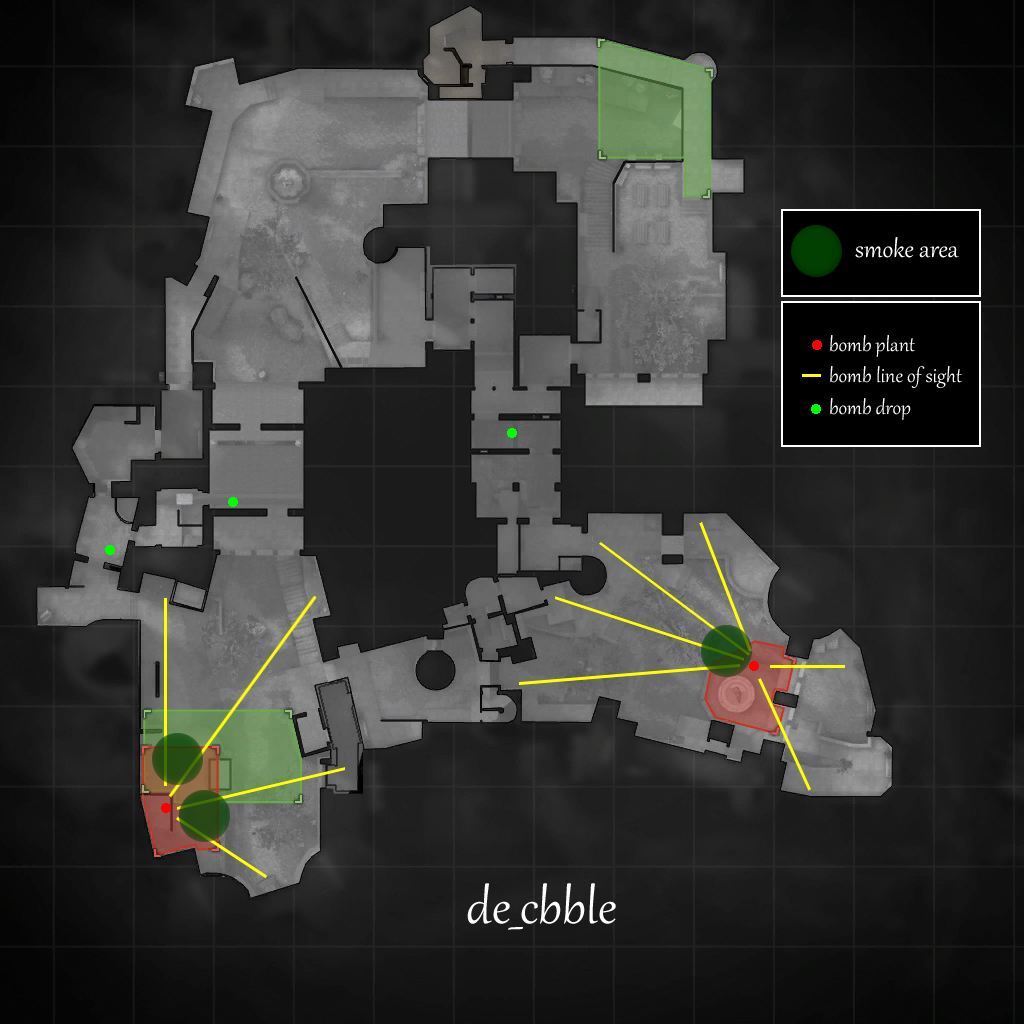 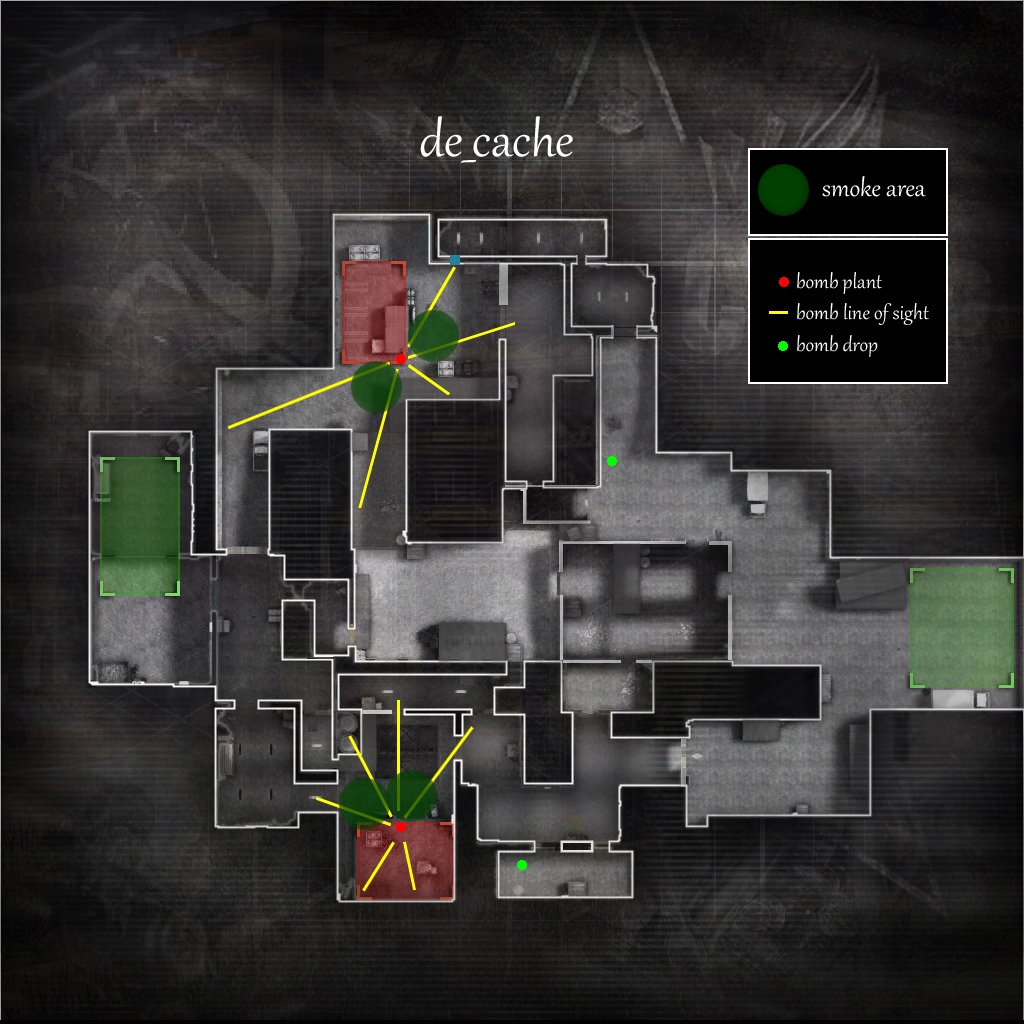 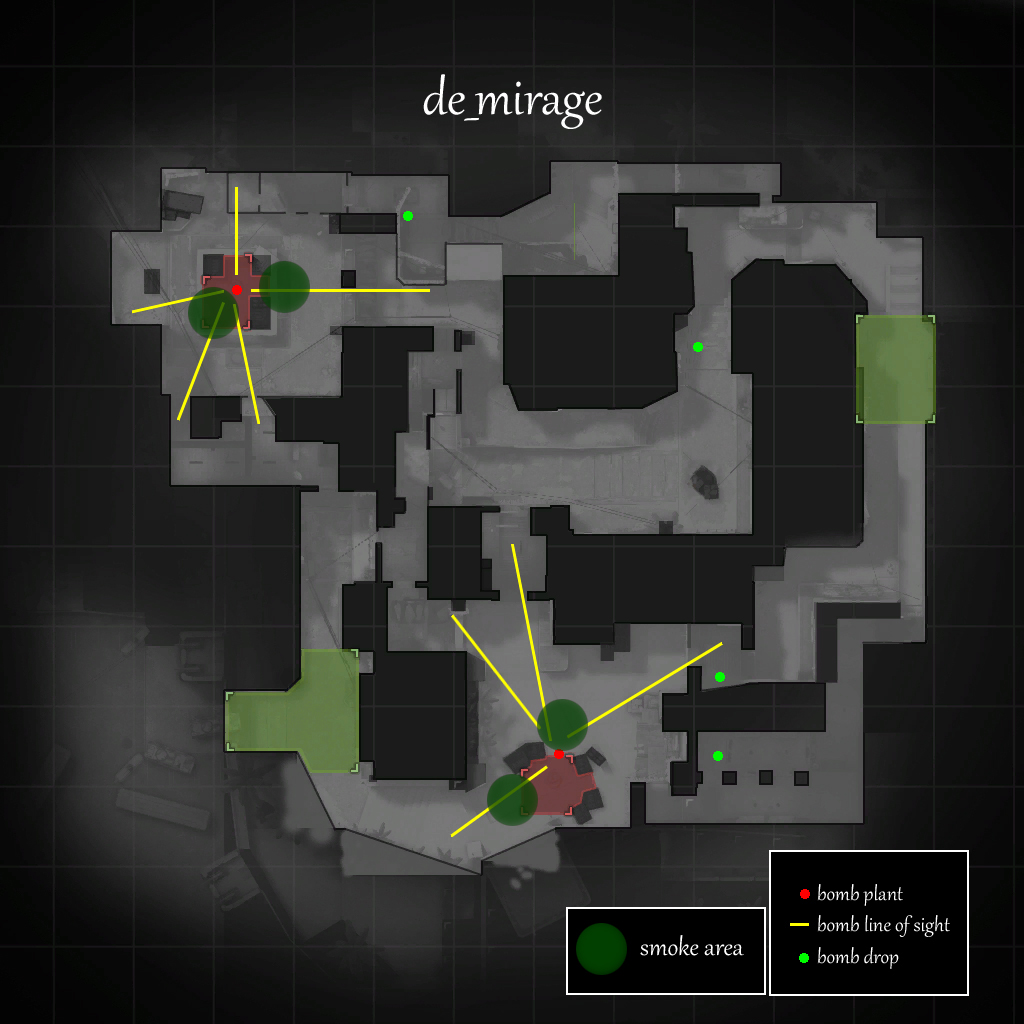 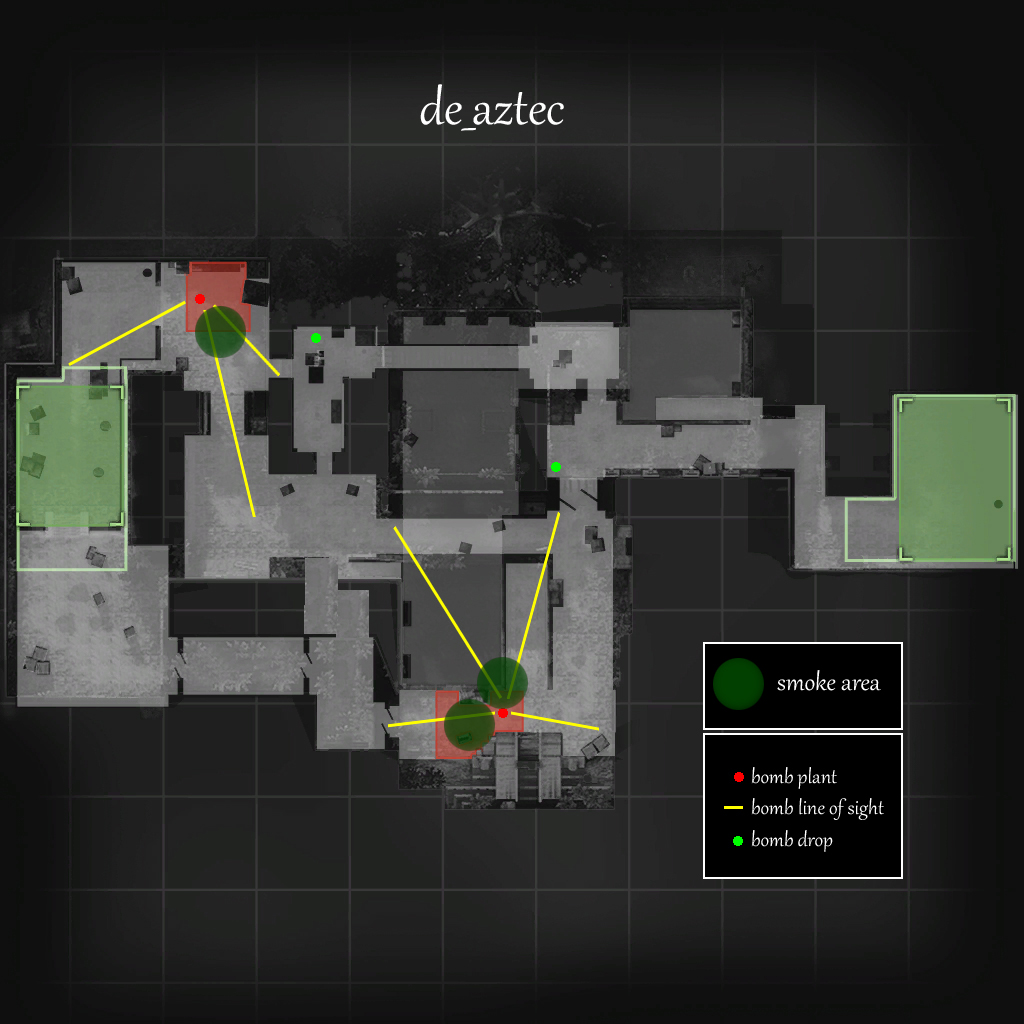 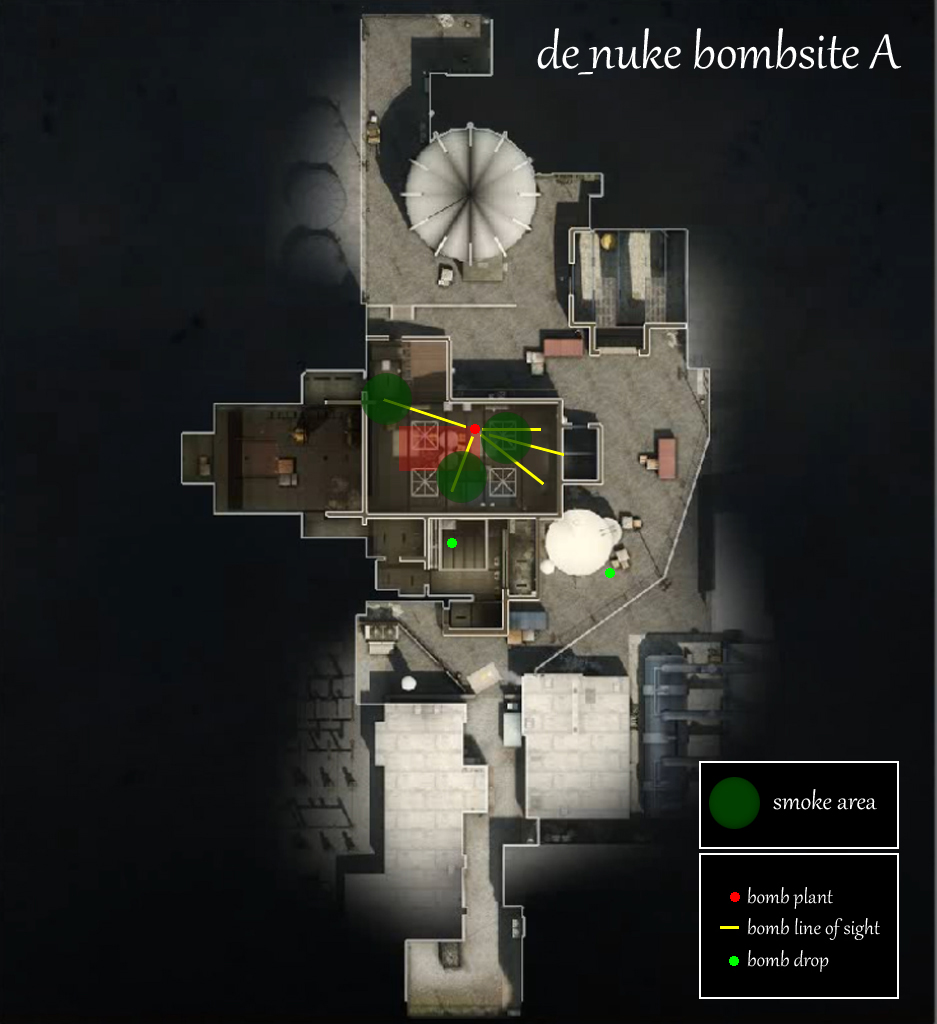 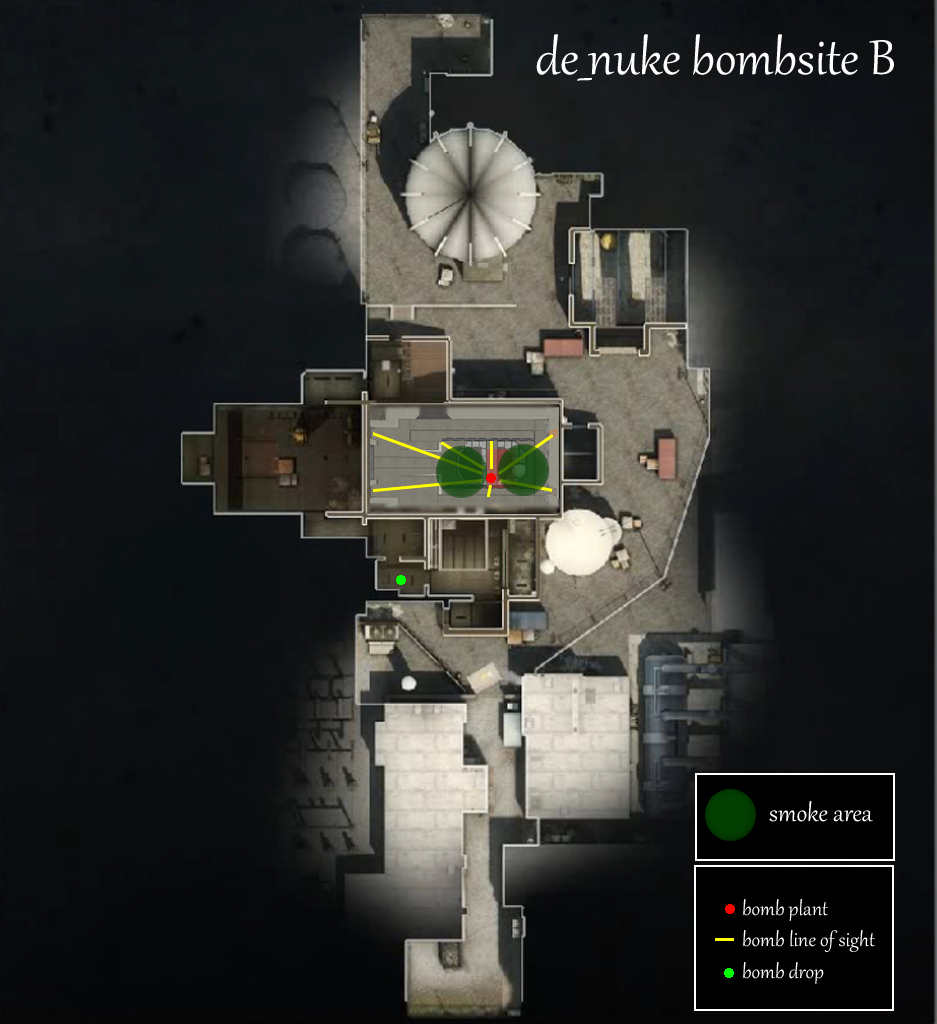 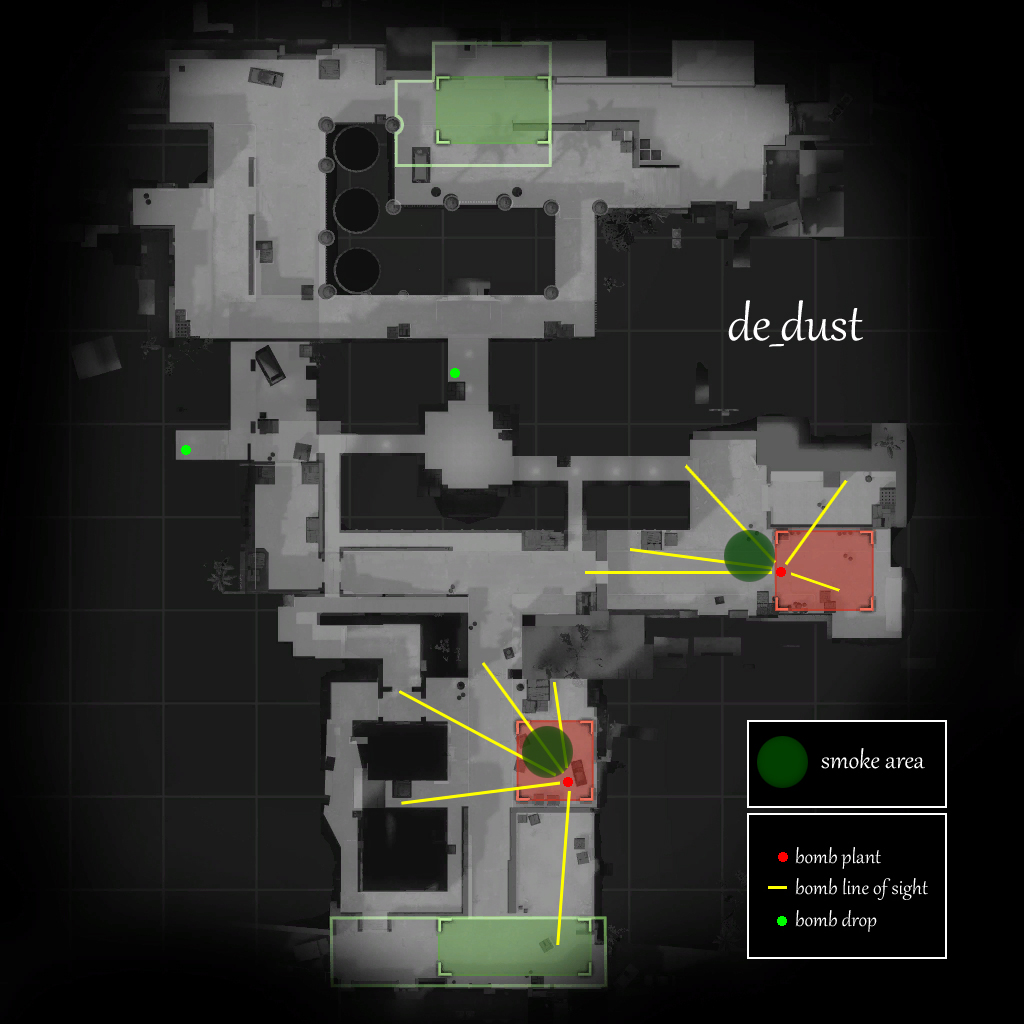 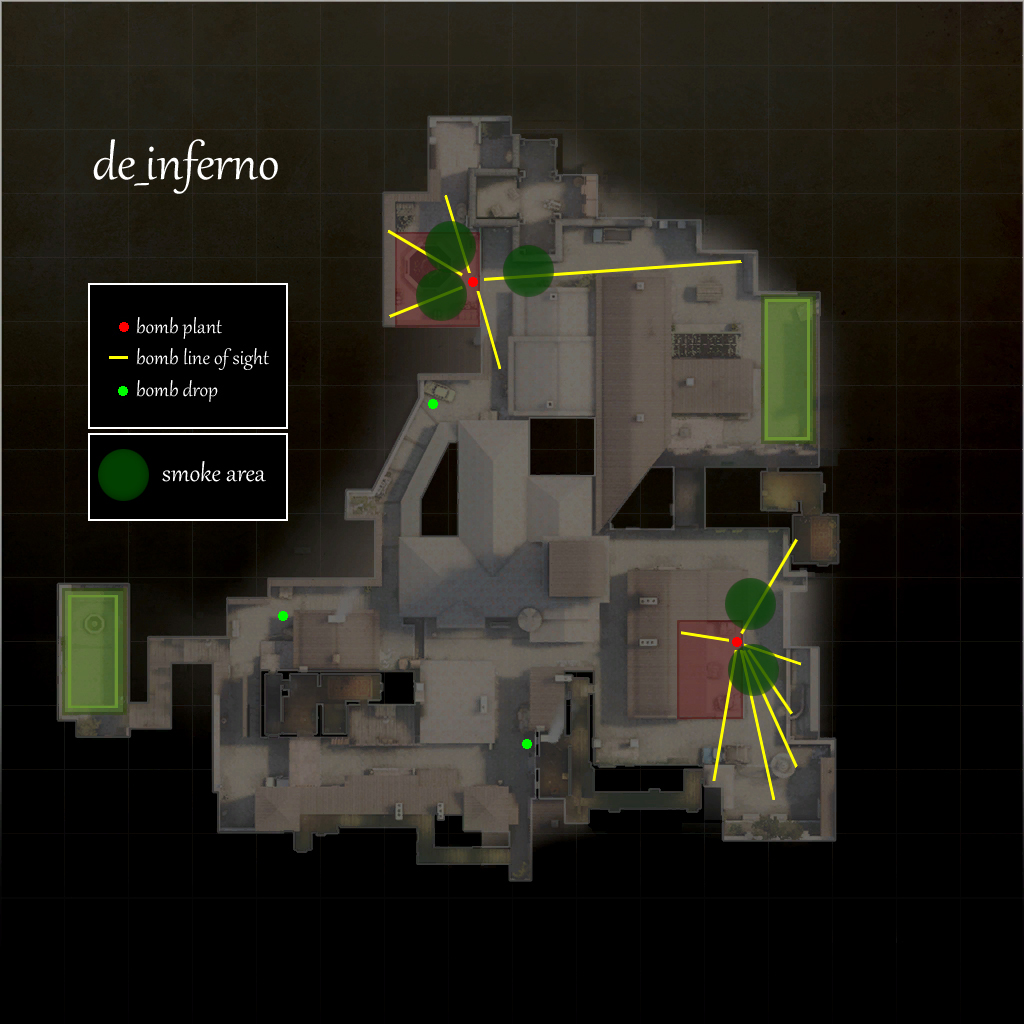 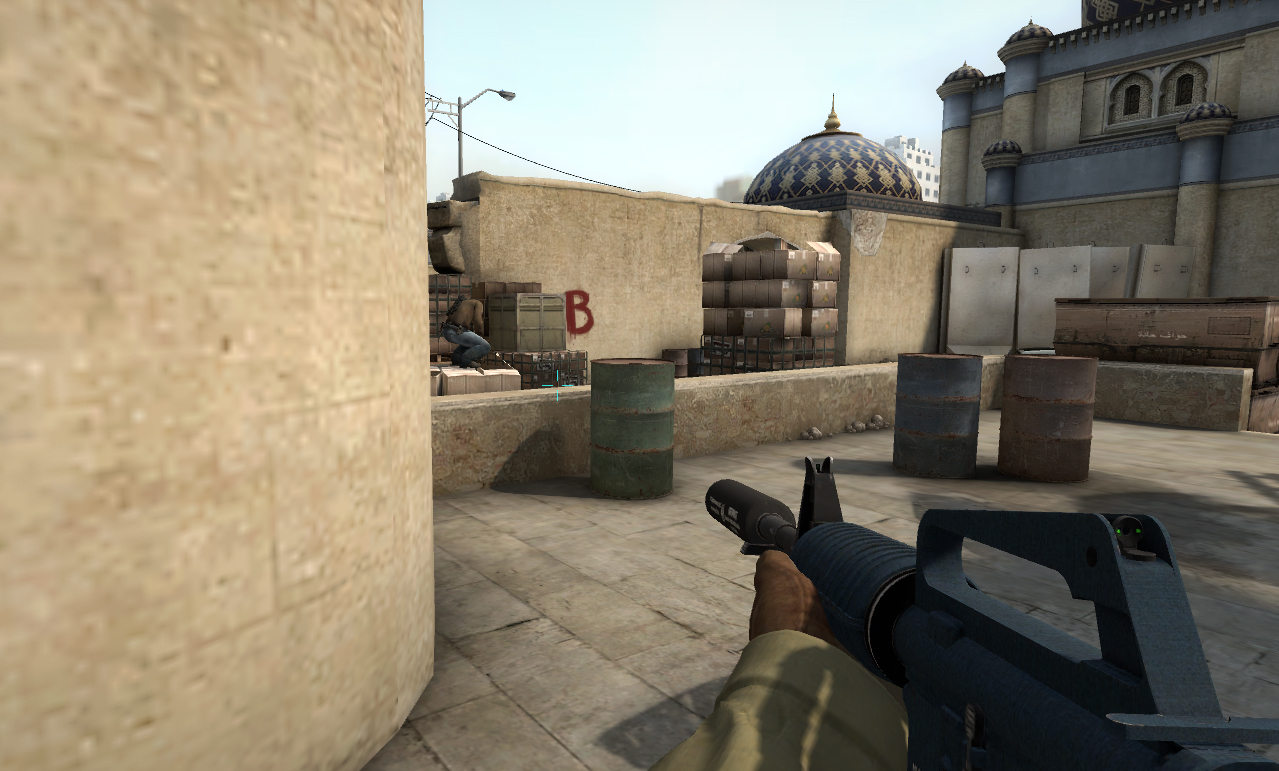 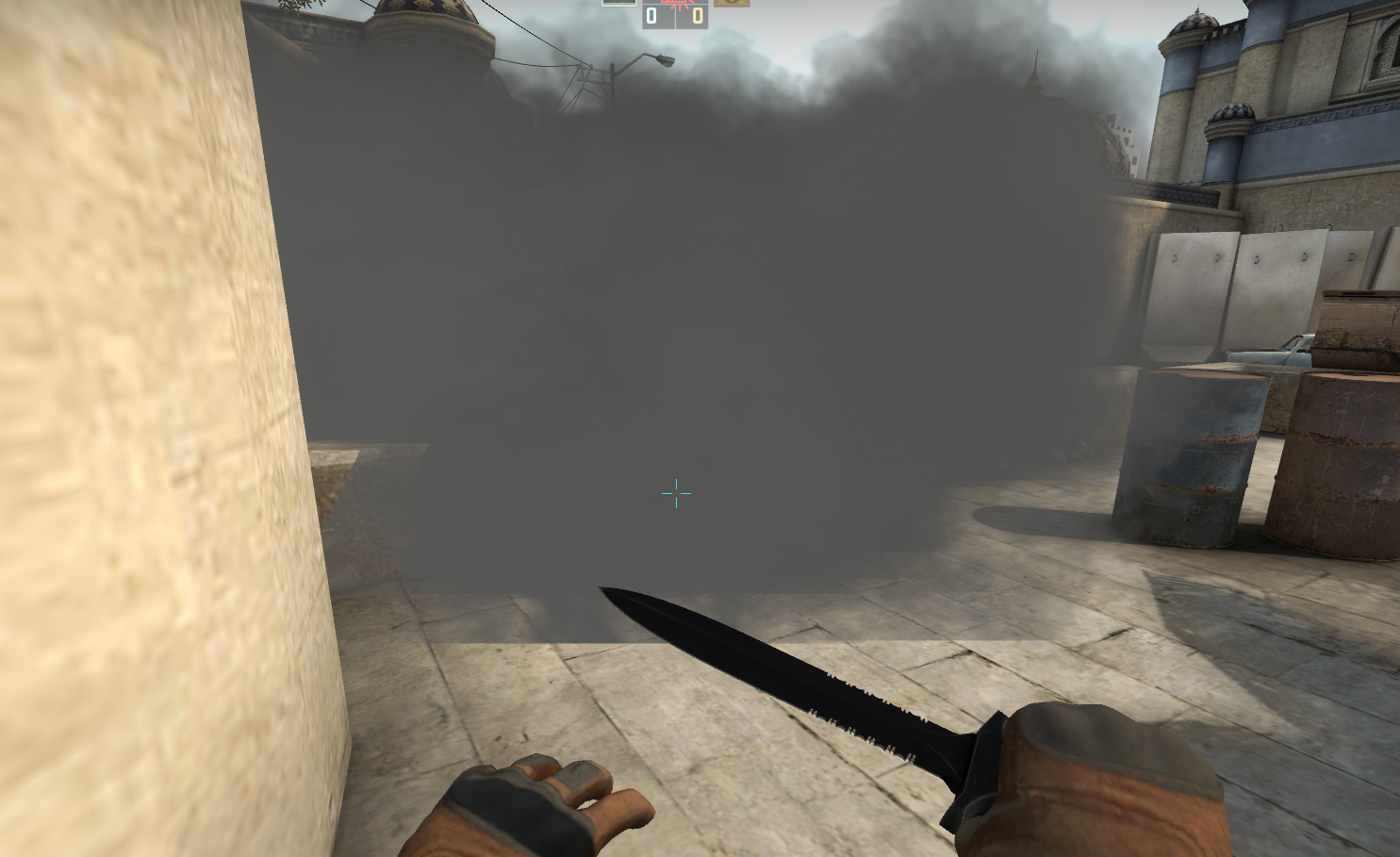 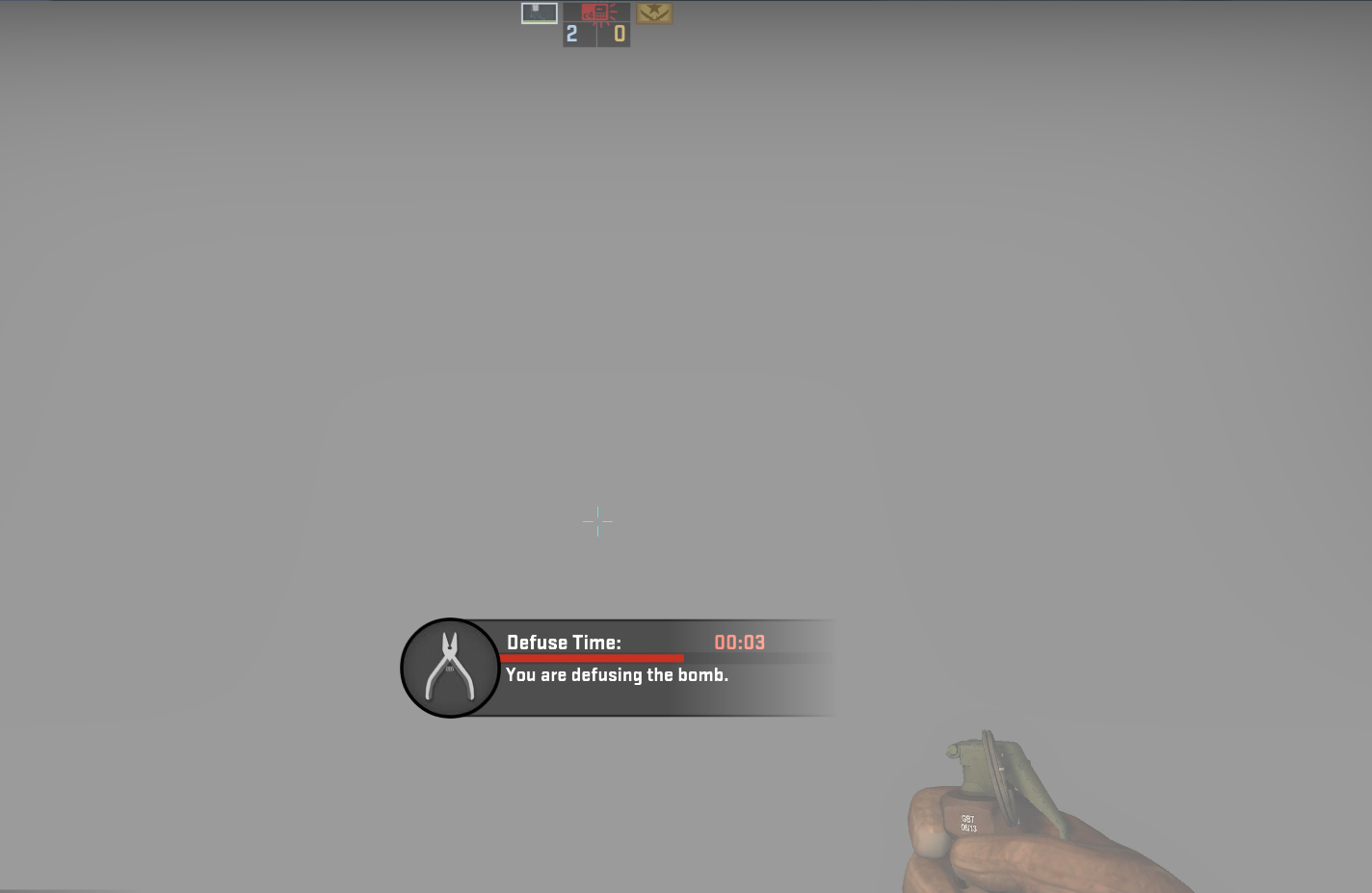 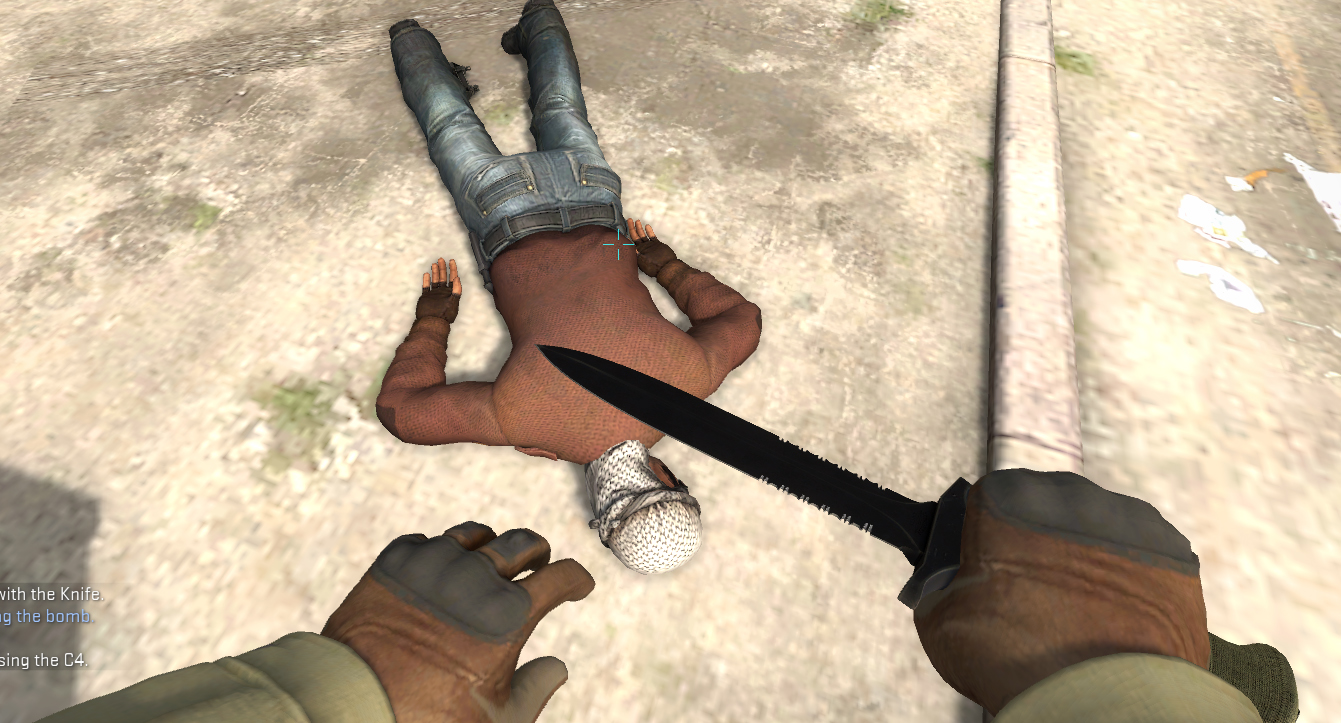 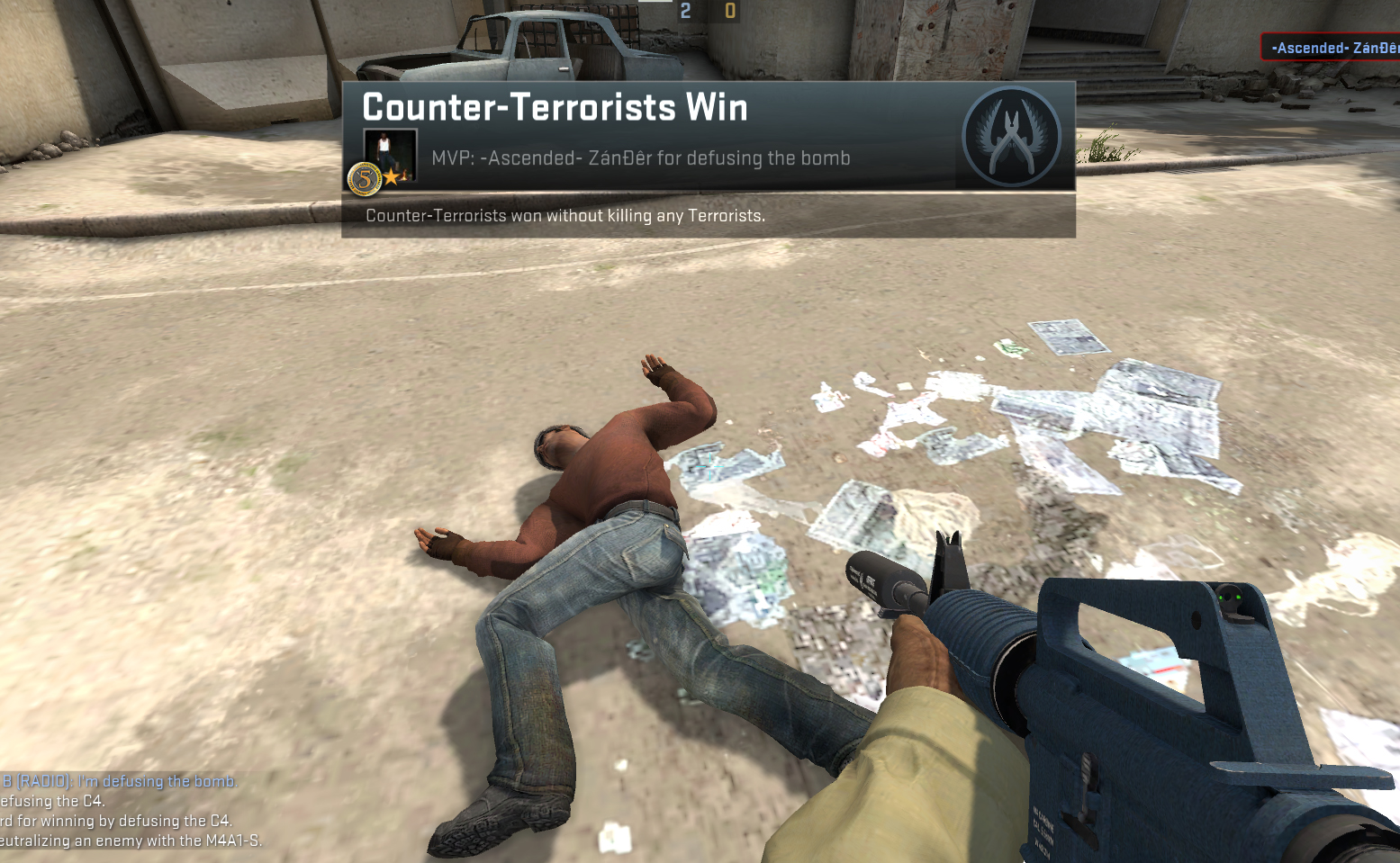 of course.
.
.
each situation has a lot of variables and will be different, like is it 1v4? 1v1? What weapon do you have vs what they have? Do you have any grenades left? How much HP do you have vs them? etc etc .
.
but this should be a good start and a guidline to go off of and learn from ! :)