My reasoning for going through the effort to make this started with me searching for a Bayonet Fire&Ice a little over a Month ago and the first thing I noticed was how varying everyone’s opinions were on what was a true, what was a fake, what made a fake etc etc.
Before we get started I will let you know that I have inspected hundred's of Bayonet Fire and Ice Marble Fade’s and so I have seen A LOT of different pattern ID’s and have been able to what I feel; finally and accurately show all the different Patterns in decreasing order starting with the ‘412’ MAX Pattern all the way down to the Fakes.

The max FAKE pattern is when a tiny bit of ‘yellow smudge’ (it actually looks more brown than yellow) creeps onto the face of the blade from the spine.
This can be seen in the inspect screenshots but only when you really zoom in, so be careful! To the uneducated the top Max Fake patterns could easily be passed off as a True Fire & Ice if only an Inspect screenshot is given.
The yellow is MUCH MORE noticeable when you actually get the knife in game.
Here is an in-game screenshot of the Max Fake Pattern and you can easily see what I mean by the yellow / brown smudge that is just seeping onto the edge of the blade from the spine.
Compared to a True Max where there is no yellow in sight: 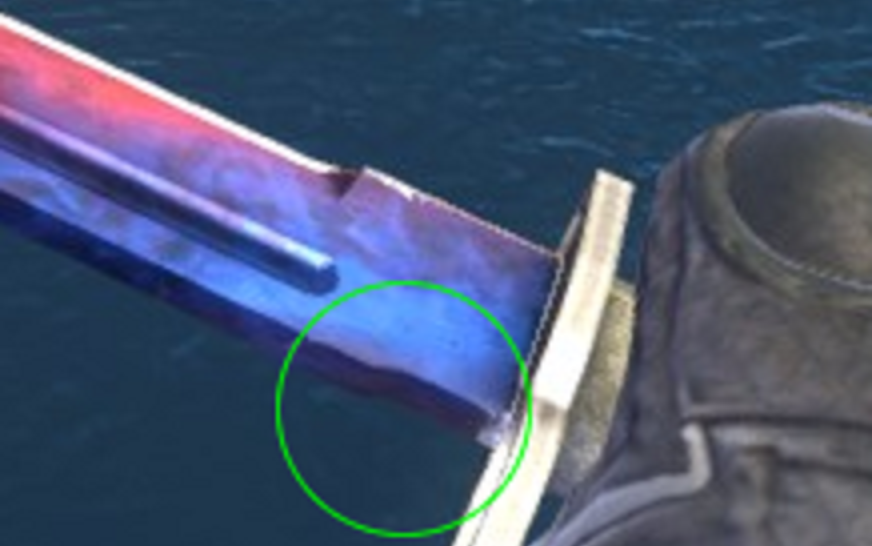 The main determining factor on what makes a True F&I over a Fake is that the True CANNOT have any yellow bleeding onto the Play-side of the blade itself, it can however have yellow on the spine (this is already what is widely agreed upon amongst traders and is accurate).
Most of the True patterns do have Yellow on the spine which is fine and it’s not until you get to the top 3 or so Max patterns that the yellow seems to pretty much completely disappear off the spine.
You can refer to the previous side by side comparison images and it will show what a Minimum True is compared to the Maximum Fake.
An image I took from another guide on reddit showing the Orange Mark at the tip of the blade: 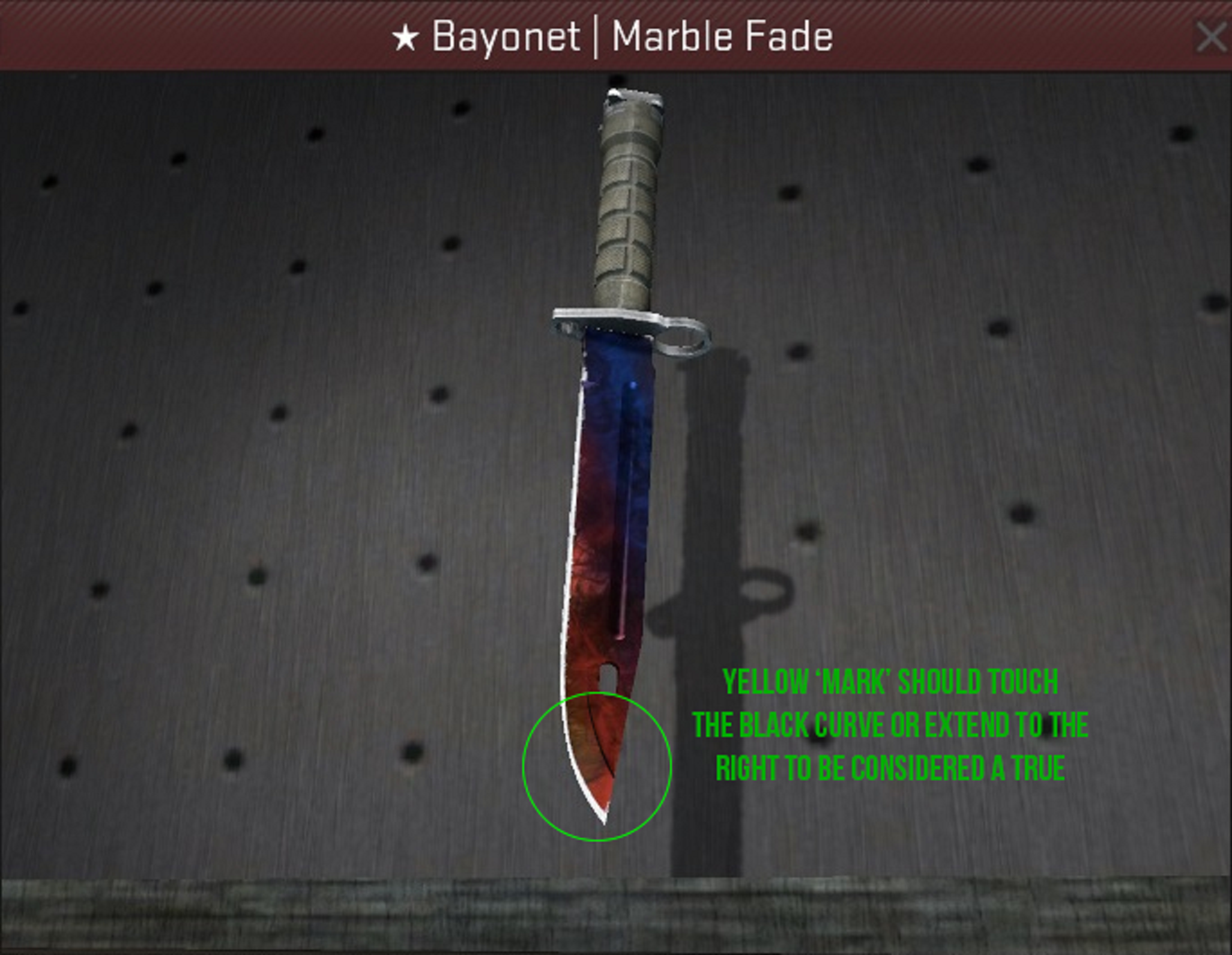 As with the Karambit Fire and Ice marble fade’s, the Bayonet’s absolute MAX F&I pattern is the ones with the ‘412 Pattern Index’.
This is something that cannot be disputed and is widely known amongst traders already as being the Full Max Red Pattern and the Holy Grail of all Fire & Ice Marble Fades.
Below is an Inspect Screenshot of a 412 Max:

The rest of the Fire & Ice Pattern Spectrum:

I really hope that this extensive guide clears up alot of the confusion I've been seeing with these knives on lately.
I also hope it doesn't♥♥♥♥♥♥anyone off as that is not my intention, I just didn't feel as though there was enough information and evidence on the Bayonet F&I’s out there that graphically showed all the different patterns.
This took me a long damn time to make so I hope at least some of you appreciate it and with a bit of luck from now on there will be a more clear cut reference for people to refer to when wanting to know where their Bayonet ranks compared to the others.
This should also help massively with the pricing of these knives as there should be a lot less 'guess work' now.