A Guide to Sound Quality

We have all been there.
.
.
Staring at your own dead body with a look of bewilderment across your face.
.
.
"How did he know I was there?" you think to yourself; and quickly come to conclusions that your opponent must be ghosting, or even wall hacking.
You know those thoughts have crossed your mind, because they cross my mind all the time.
But most of the time, your opponent will be able to pinpoint your exact location from the faintest sounds that you make.
.
A single footstep, a bouncing grenade, or even dropping down a small stair.
This guide will aim to provide you with superhuman sonar abilities so that you can hear those faint sounds.
Knowing where your opponent is = Winning.

Game music Step 1: Turn off in-game music.
Unless it has changed since release date, the music plays at the beginning of a round, and at the end of the round.
I think it also plays at "key" moments, such as getting a kill or two, or the defusable time limit running out.
I haven't really done my research on this, but if it plays at ALL during game time, you don't want it draining out other more important sounds.
Speaker setup You will also be given various options for your speaker set up: - Headphones - 2 Speakers - 4 Speakers - 5.
1 Speakers You will want to pick your specific set up that you have.
If you have two desk speakers, you want to pick "2 speakers", if you have headphones, you want to pick that option.
I have found that the sound quality is effected if you select 5.
1 speakers, even if you do not actually have this set up.
It tends to make things a bit more echoy, or bassy, and that will supress things such as footsteps or grenade bounces unless they are practically right on top of you.
The config I use is below, but in all honest, I don't know what a lot of these do.
.
.
I'm trying to find out! snd_duckerattacktime "0.
5" snd_duckerreleasetime "2.
5" snd_duckerthreshold "0.
15" snd_ducking_off "1" snd_ducktovolume "0.
55" snd_legacy_surround "0" snd_mixahead "0.
05" // Higher values will result in smooth fps / less processing strain but will result in delay when hearing sound.
0.
05 seems "standard".
snd_music_selection "1" snd_musicvolume "0.
000000" snd_musicvolume_multiplier_inoverlay "0.
1" snd_mute_losefocus "1" snd_pitchquality "1" snd_rear_speaker_scale "1.
0" snd_front_headphone_position 45.
0 // Ensures front facing sounds sound like they are coming from in front.
snd_rear_headphone_position 135.
0 // Ensures rear facing sounds sound like they are coming from the rear.
snd_headphone_pan_exponent 2 // Appears to make gun shots and footsteps more echo-y, so less chance of missing the important sounds.
See the "Headphones" section for more information about 5.
1 surround sound.

Gaming Headphones Vs.
Non-gaming Headphones Most gamers use headphones to lock themselves in their own little private Wonderland.
It should be said that "Gaming headsets" is pretty much a marketting gimmick.
You have a gaming mouse, a gaming keyboard, a gaming PC, and so.
.
.
you MUST need gaming headphones, right? WRONG.
As far as I can make out, the tag "gaming" on headphones usually means that it has a microphone built in to it, and also has some big company branding attached to it.
In terms of sound quality, the headsets can provide a much better experience than your typical, basic headphone.
However a specialised "Audiophile" headphone will be even better.
A typical gaming headset costs roughly in the region of £50 or £60.
The other option is to spend more money on a decent pair of headphones.
You wear them all the time right, so why not sit in comfort and hear sounds that other headphones are unable to output? for £160 you can get a pair of "Sennheiser PC350SE" headphones.
According to this spreadsheet[docs.
google.
com] (Provided by a user on reddit), these headphones seem to be the go-to headset for professional players, and with good reason - you can hear things in an extreme level of detail which I did not think would be possible.
If you aren't a fan of these, then other similarly priced headphones will most likely provide superior quality.
However, I would HIGHLY recommend a dedicated internal sound card on your PC to match.
Having good headphones won't make that much of a difference if your on-board motherboard soundcard cannot power them fully.
[/olist]Surround sound / 7.
1 or 5.
1 Firstly, what is 5.
1, and what is 7.
1? The difference is apparently a higher degree of accuracy when it comes to surround sound, and is used almost always with speakers.
5.
1 Surround Sound7.
1 Surround Sound Such a set up is generally only required for speakers, rather than headphones.
If you just have two speakers in front of you, on your desk, then it's going to be much harder to hear the directions that your opponent comes from (but not impossible, with a bit of ear training).
I would personally say to STAY AWAY from surround sound headphones, A decent high quality pair of stereo headphones will serve you much better.
Headphones generally simulate surround sound, rather than have speakers built in to each ear cup.
Using the "headphone" speaker setting in CS GO will give you much more accurate sounds, as the 5.
1 surround sound setting drains out other more important sounds as I have mentioned elsewhere.
To prove a point that "Surround Sound headphones" are not needed, LISTEN to the following clip with standard stereo headphones, and shut your eyes: I used to have the Roccat Kave 5.
1 headset, which utilises a "true" surround sound set up by having multiple speakers built in to each ear cup.
There was no difference at all between my 5.
1 headphones, and my old Razer Carcharias.
I recently invested in the Sennheiser stereo headphones mentioned above, and this was a clear improvement, not just for games, but for music too.
USB or Audio Jack? The benefit to USB headphones is that they bypass your internal sound card.
This can mean that the quality you receive is as the manufacturer intended.
A USB headset would probably offer the same sound quality as an audio jack headphone plugged in to your on-board motherboard.
The advantage to an audio jack is that it can be plugged in to a sound card, which usually offers much better refinement with the sound quality direct from the card itself with the use of an equaliser.
USB headsets would bypass those settings, even if you have a sound card plugged in.
If you have no plans on using a sound card, then it is mostly just down to preference.
Other considerations Other considerations to look for, or technical jargon: Closed accoustics = Also known as "Noise cancelling".
These headsets block out most (never all) background noise, which is highly important in noisy environments such as LAN parties or argumentative parents.
They typically have a leathery feel to the headphone padding, which usually means they are not as comfortable.
Open accoustics = Non-noise cancelling.
These headsets allow for a lot of sound leakage, both in to your ear, and also out of your ear.
Loud gaming or music can often be heard by people nearby.
However the main advantage is that they are usually much more comfortable than their closed counterparts.
I have also seen some posts stating that due to the leakage, it can be easier to pinpoint exact locations of sounds, but this appears to be somewhat of an unproved myth.
Built in microphone = Recommended.
Having a secondary microphone on your desk just takes up room! 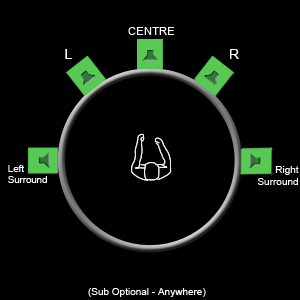 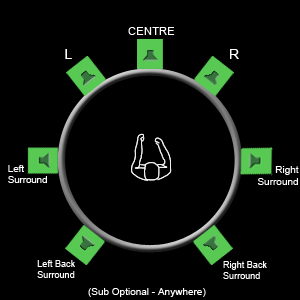 There are two options for desktop PC's, "Onboard" and err.
.
.
"Not onboard".
The onboard sound card is what is built in to your motherboard.
For general use, they do the job perfectly, but if you want higher quality and more customisation, you really want to get yourself a soundcard.
Speakers and headphones usually have something called an "impedence".
This basically refers to the power that your sound card needs to have to produce the best output.
For example, from experience, I have found that onboard is unable to produce enough power for the Sennheiser PC350SE, so it results in a fairly quiet output, and it the speakers have to be turned up to full volume.
There are plenty of decent sound cards out there, and ANY speaker would benefit from a decent sound card (if not least because you can change the equaliser settings).
For about £30, you can pick up an ASUS Xonar DGX, but there are plenty of alternatives out there.
Creative Soundblaster and ASUS Xonar seem to be the most popular cards.
The Xonar DGX is an internal sound card which fits in to a PCI-E slot.
It's important to note that if you use SLI graphics card, then sounds cards may not be an option for you, as the spare slots are usually covered.
When buying a sound card for use with headphones, it is usually worth looking for a card with a "Headphone amp".
This specifically boosts the volume of headphones.
Internal or External There are typically two types of sound cards, and I have found that they have little difference between them, but both offer immense improvement over an onboard card.
External cards connect via USB.
As described further in the fault finding section, an advantage to external cards is that they are not plugged direct in to the motherboard, and so it doesn't matter so much if the motherboard is not properly grounded.

This section is relevant only if you have a sound card, but this is probably the most useful section of the guide.
You will probably have noticed that your sound card drivers come with some software used to fine tune the sound quality that it generates.
You usually want your bass to be low when gaming.
I have attached my current config below, and I find that with these settings, it boosts the sound of footsteps, and reduces the echo of gunfire.
This means that the game does sound very "tinny" to start with, but you quickly get used to it.
Although the sliders have only been changed slightly, they have a huge effect on the sound generated.
The bass (left) has been lowered to reduce the echo effect of gunfire, and the treble (right) raised to increase the sound of footsteps.
You could take this to extremes too, but I really wouldn't recommend it.
It won't boost the sounds to superhuman levels like you would expect.
I have found that this doesn't offer any advantage at all, and it makes your game sound crap! Of course, you can play around as much as you want with the equaliser settings to find the level that you like the most.
Finally, one last note: It doesn't matter how expensive your headphones are, how much you play around with the sound card settings, or how high you turn the volume up - you will never be able to hear footsteps from across the other side of the map.
This guide was meerly to help boost the sound of as much as the game will allow!

Buzzing Sounds If you receive a buzzing sound, a common cause is a loose jack plugged in to your sound card.
Perhaps the jack itself is dirty, or is not seated correctly in it's port.
Those faults cannot always be seen by the naked eye.
Buzzing can also be caused by the sound card not being seated correctly it's PCI-E slot, or in much rarer cases, your motherboard may not be grounded properly, and is picking up static that is building up within your case.
Sound cards sitting close to noisy power supplies are also known to cause interference.

If you found my guide useful, then please help repay the kindness in time that I have spent on it by a single up-vote on my skin! Thanks :) http://steamcommunity.
com/sharedfiles/filedetails/?id=397955494