A Complete guide to 2013 souvenirs

Hey, I'm Aurora <3 and this is my complex and complete guide to 2013 souvenirs.
I’m making this because the current guides don’t cover what I want to cover in my guide.
This guide goes as far in depth as you can, so grab a cold beer. 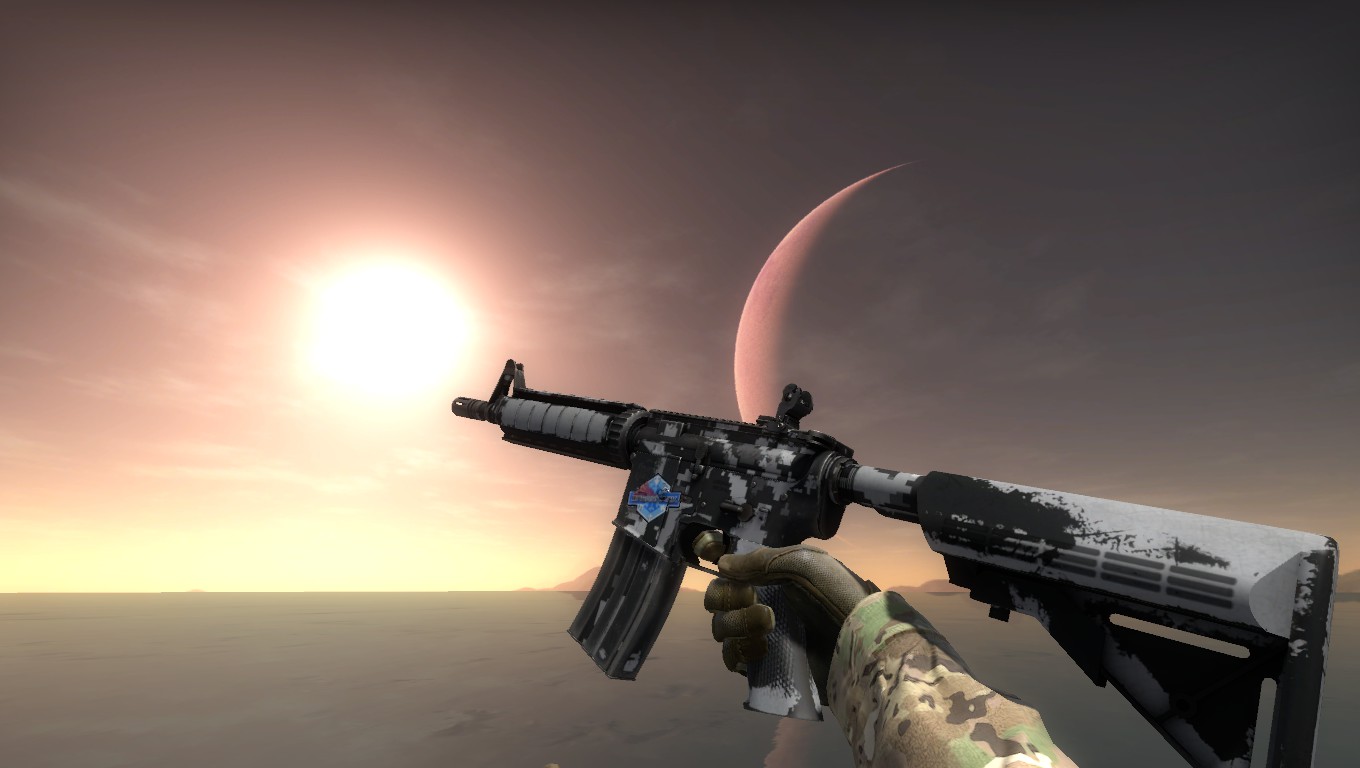 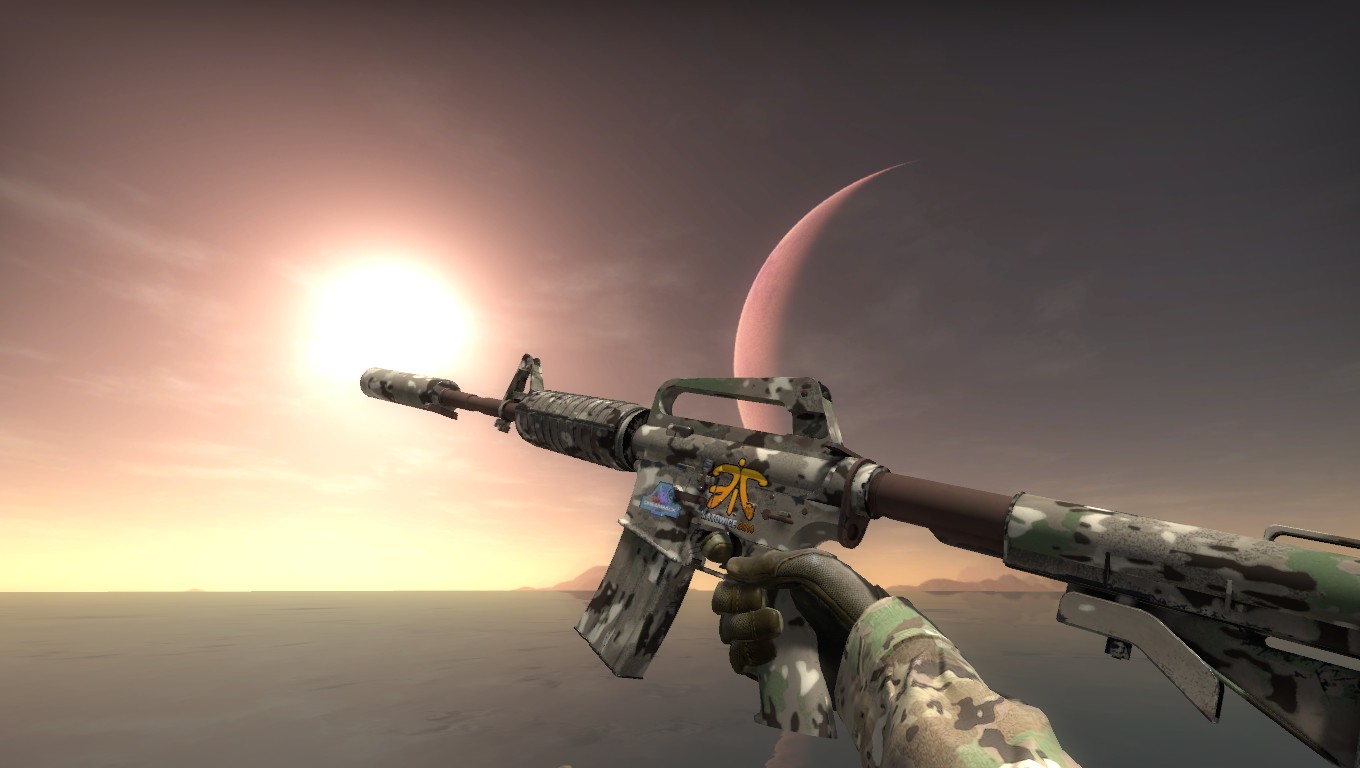 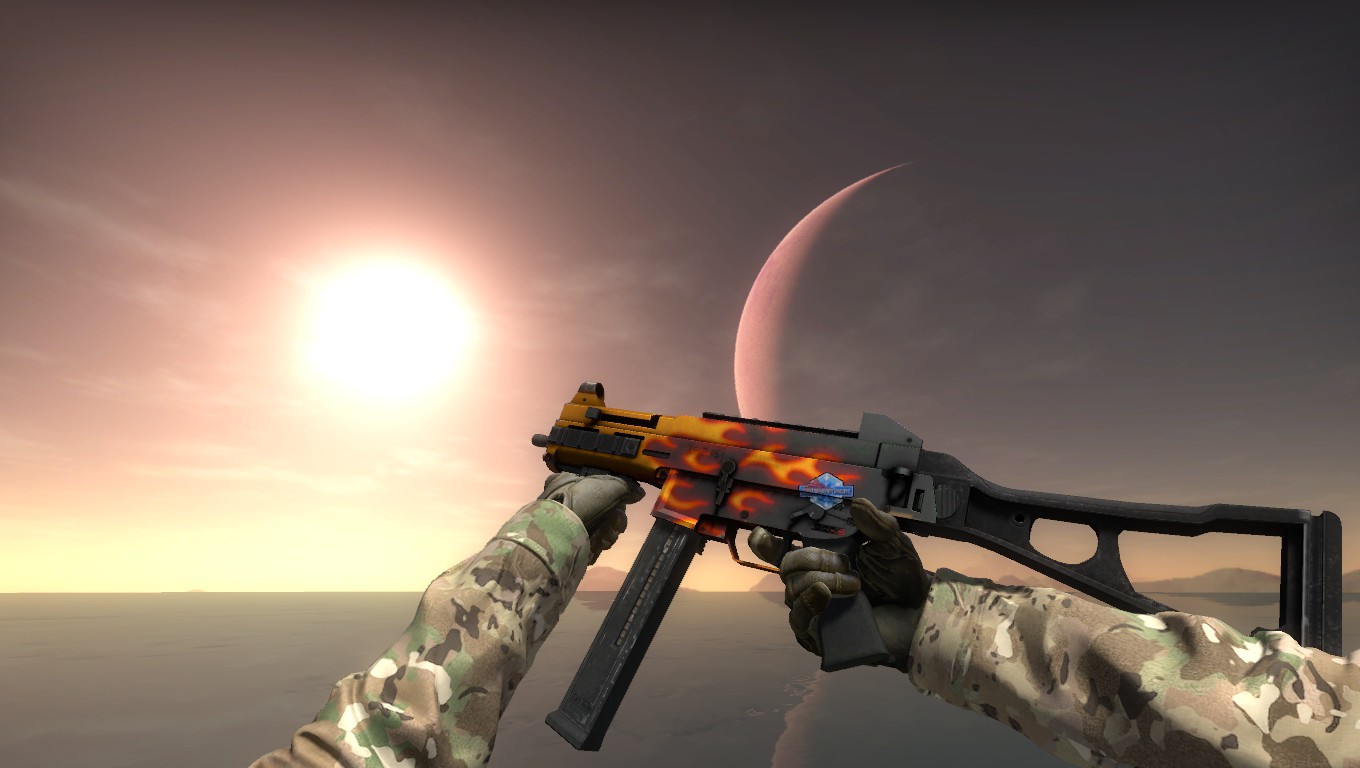 As you have just read about sticker rotation, there is also sticker rotation for the same gun, even if the stickers are the same and in the same spot.
This also includes if the gun is the same condition or same gun skins.
For my sample I used a Souvenir P250 | Sand Dune - Field Tested, with a polar bears sticker on the handle.
This can be seen here: Less rotation: More rotation: 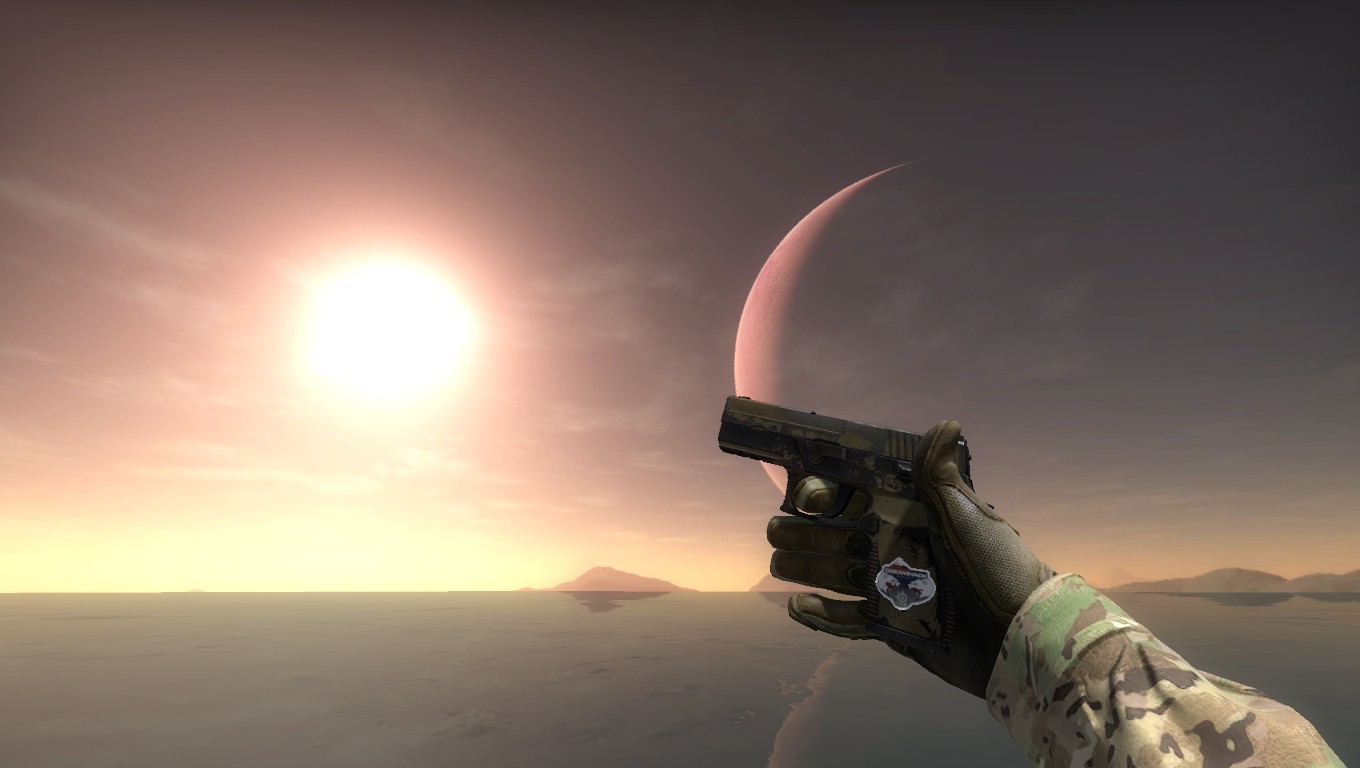 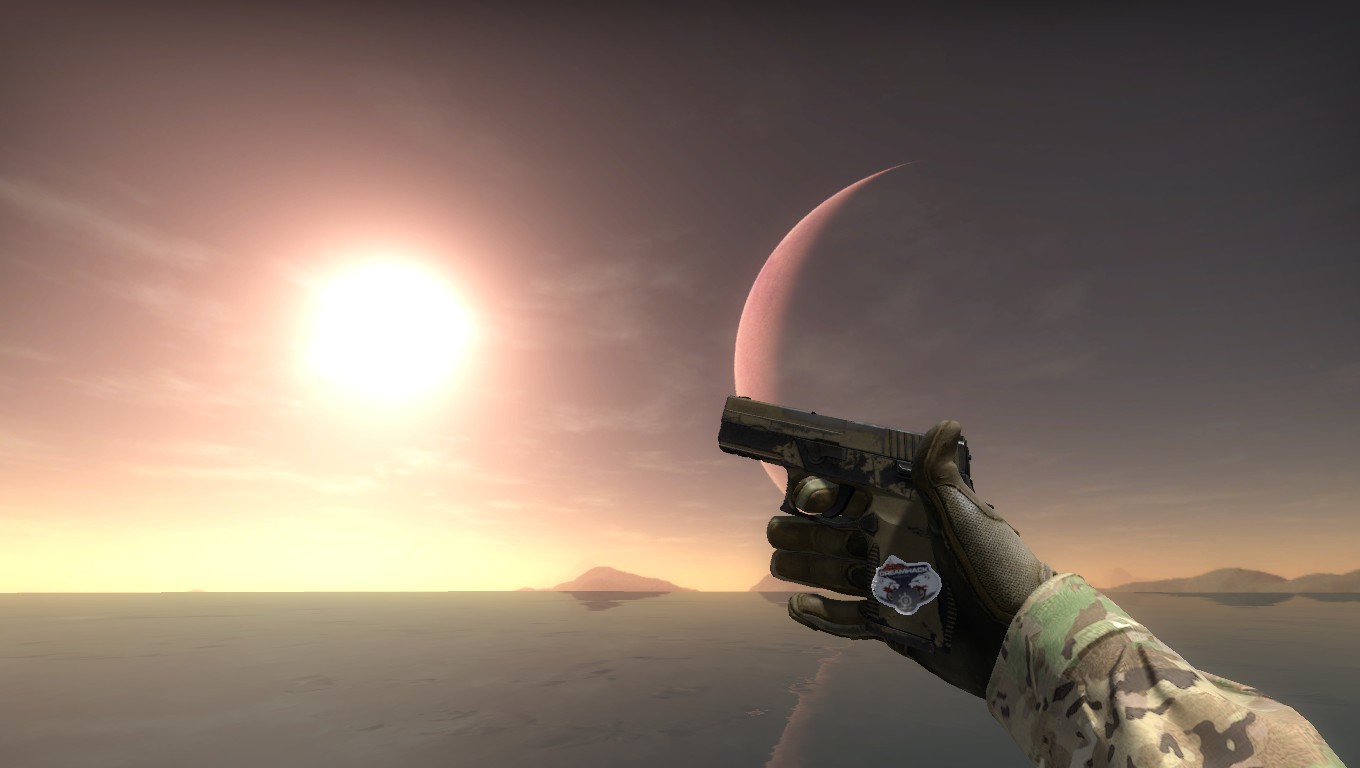 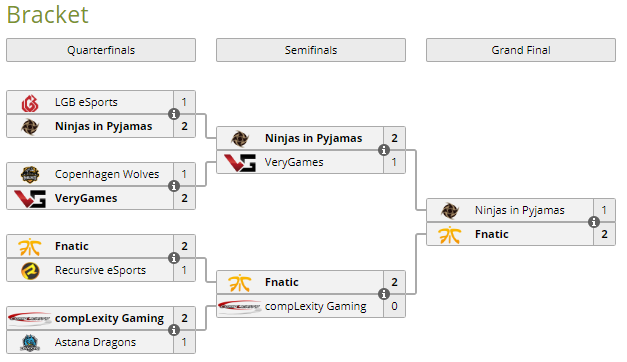 The Following are the most wanted and rarest 2013 souvenirs.
These, for the most part, are very pricey.
Especially for "Factory New" and "Foil".
There is only 1 known Total Teamless souvenir to my knowledge.
The market for most of these is scarce, so good luck! 1.
Total Teamless (No souvenir information) It is unknown why this has no information whatsoever, but it's just a glitched.
Some type of odd broken glitch.
.
.
2.
Valve Pre-Event Test (Valve squad alpha .
VS.
Valve squad bravo) This one is rare because it was the Pre-Event Test, meaning they were testing to make sure everything was in working order.
Very few packages were dropped because very few people watched it.
Therefore there was little opportunity for the packages to be obtained.
3.
Valve Pre-Event Test (NIP team A .
VS.
NIP team B) This one is rare because it was the Pre-Event Test, more people were watching this one, but still very few, only a minuscule amount of more packages were dropped from this match.
4.
Teamless (No team) Teamless souvenir packages were dropped throughout the games of the tournament of winter 2013.
as it is unknown why this happened, I believe they all come from another "Pre-Event Test" that was before the tournament was live, they didn't select team names, so these packages made it out of the system.
5.
Exhibition Match (Team Tomi .
VS.
Team Duncan) Their is a lot of people that think these teams never existed, they are right and wrong at the same time.
Let's start with the name, it is called a "Exhibition Match" because it was a match before the tournament that served as a practice match, The definition of Exhibition is a display or demonstration of a particular skill.
This match was just a practice match.
It contained members from many teams but within the Team Tomi and Team Duncan, there were these players: Team lurppis (or team Tomi): 1.
Ukraine - markeloff 2.
USA - Skadoodle 3.
USA - anger 4.
Poland - pasha 5.
France - KQLY Team Thorin (or team Duncan): 1.
Russia - Dosia 2.
France - kennyS 3.
Poland - TaZ 4.
Ukraine - starix 5.
Sweden - Delpan Now let me explain the team names and where most the confusion is.
So if you go back to "Analysts:" and "Commentators:" you will see there was a analysts name "Thorin" his real name was "Duncan Shields" and a commentator named lurppis his real name was "Tomi Kovanen".
They were both captains for this exhibition match, The team names on the souvenirs take after their names in real life, not the names of the teams in the game. 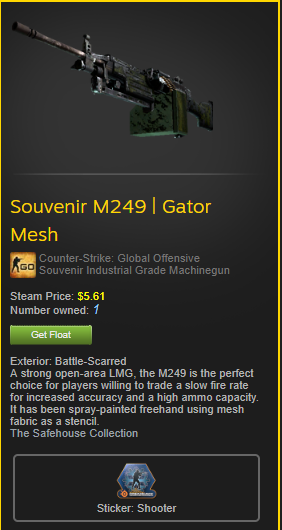 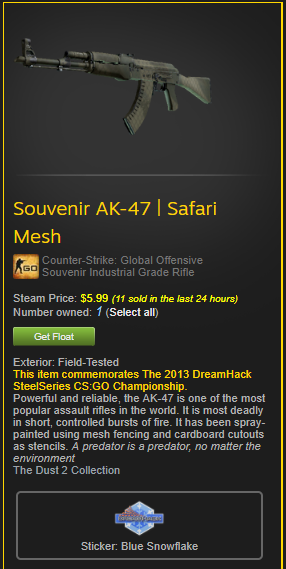 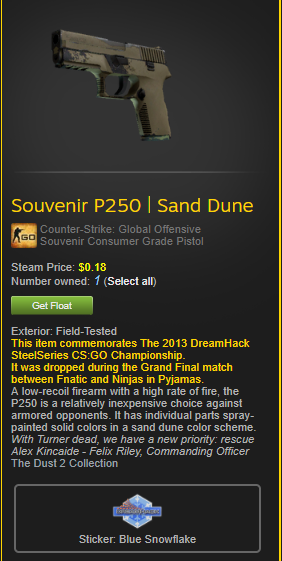 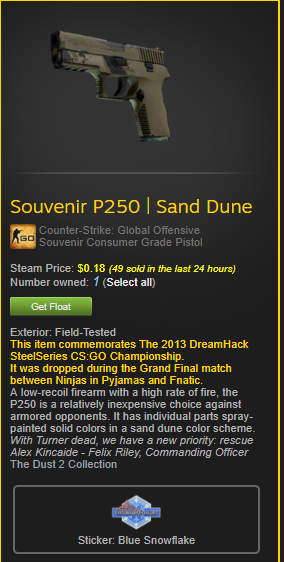 For some guns the sticker begins to morph into the curves of the gun, this isn't only for 2013 souvenirs but 2013 souvenirs show it more intensely.
Small morph: Meduim morph: High morph: 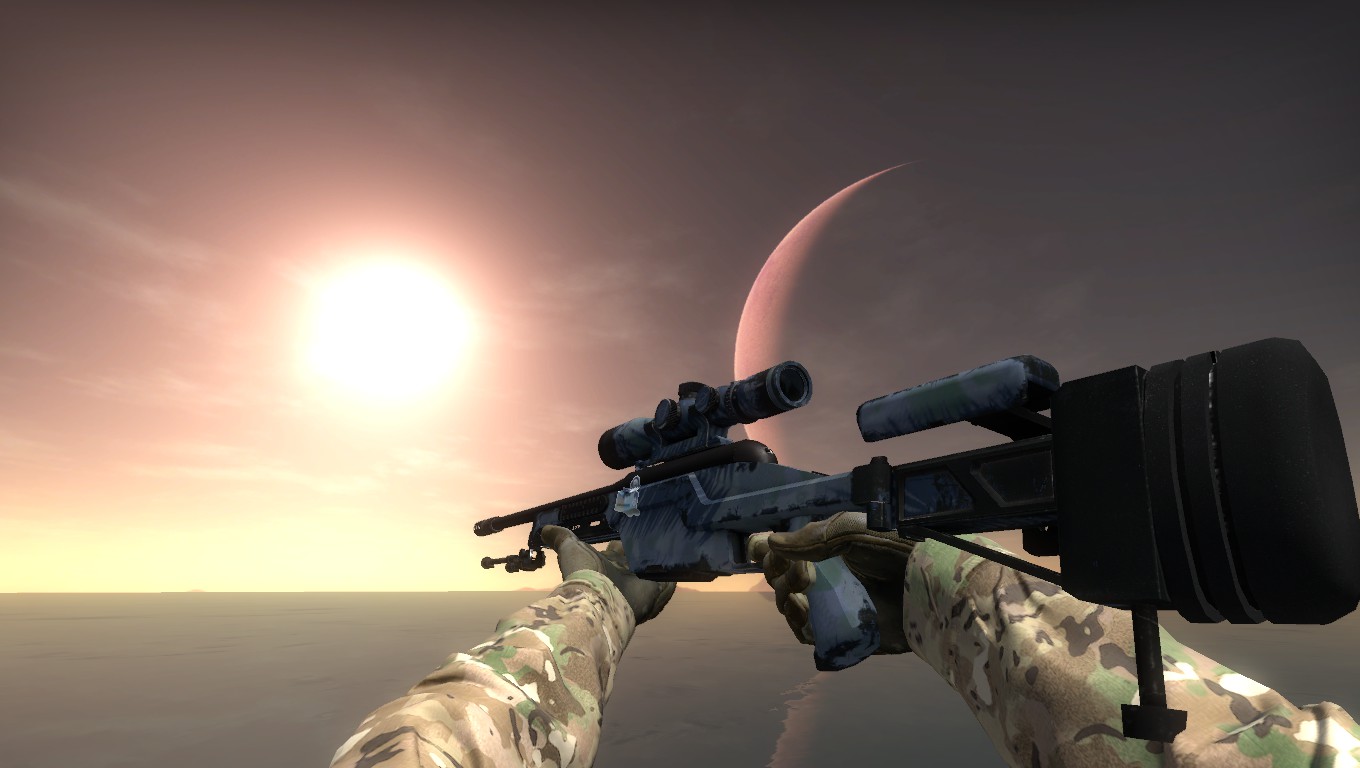 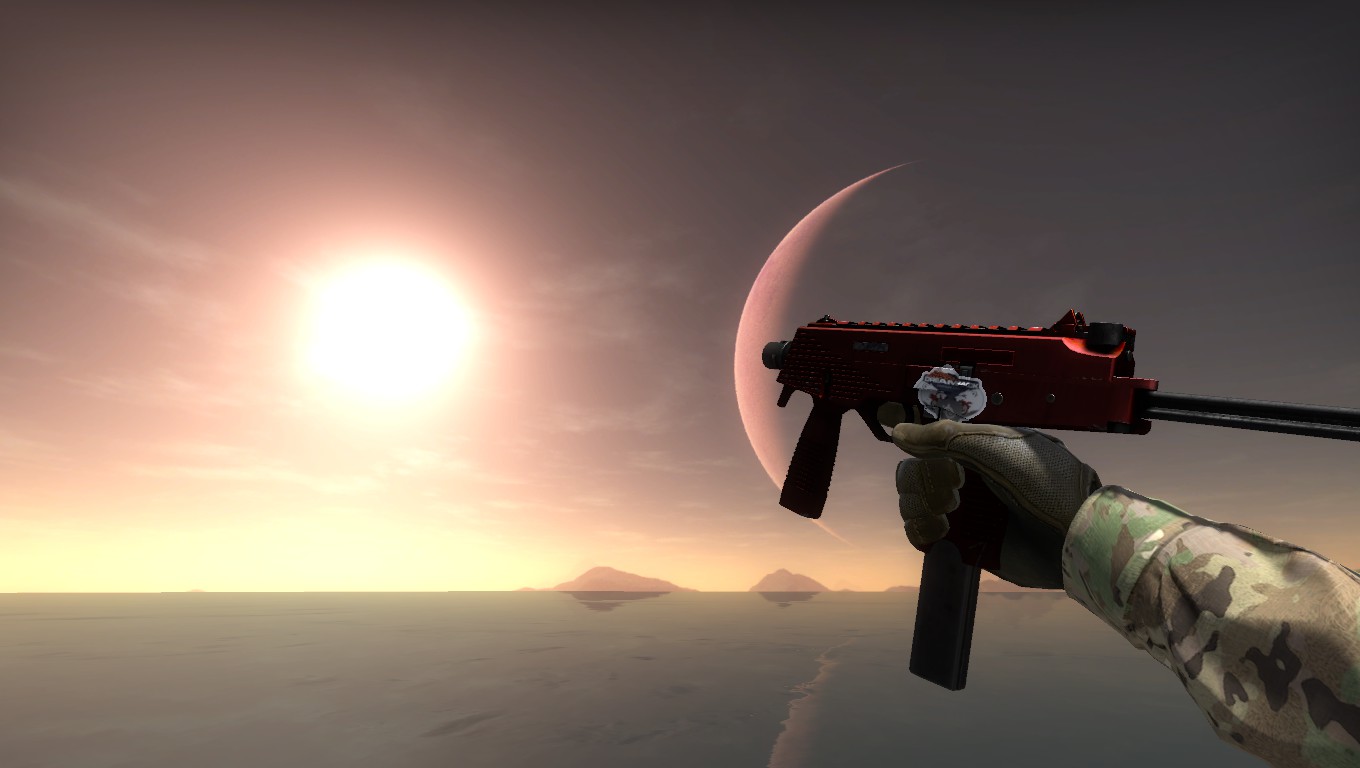 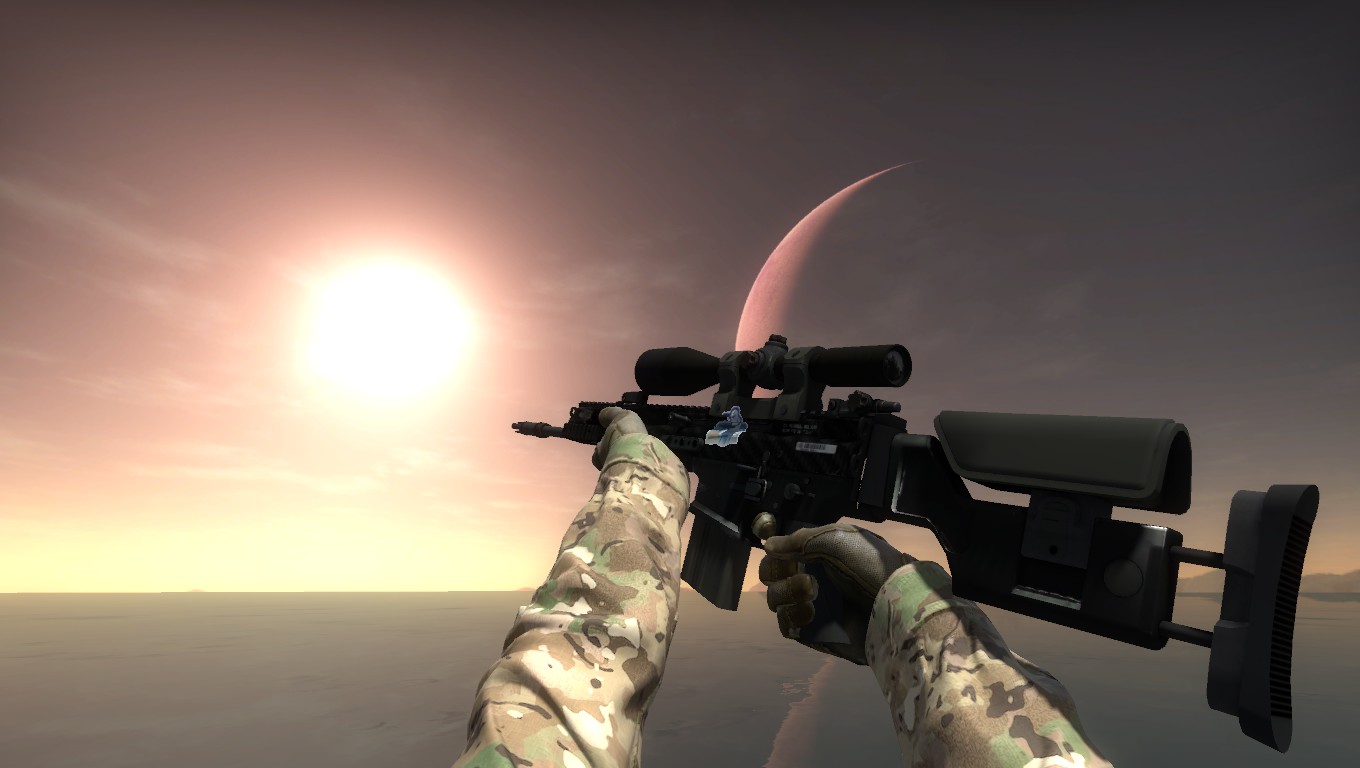 I will go over two ways to search for 2013 souvenirs, this first one will cover how to search by sticker, gun, condition and sticker placement.
The second one will go over how to search by game/match.
How to seach by sticker, gun, condition and placement: Go to www.
csgostickersearch.
com, after you are here you will start on the Katowice 2014 stickers, just to the left you will see "DHW' 13" This stands for Dream Hack Winter 2013.
You can select normal or foil stickers, after that you can select wear or gun at the bottom left of the page.
Then you hit "search" to search with the sticker in that position only, Or you can hit "Search (ignore order)" for any gun (or your selected gun) with that sticker in any position.
This can be seen here: How to seach by match/game: Go to the steam marketplace ( steamcommunity.
com/market ).
Under the search bar hit "Show advanced options" This can be Seen here: Then hit Counter-Strike (you may need to scroll), and make sure to check "Include descriptions in search" This can be Seen here: After that in the search bar type any one of these depending on what you are searching for.
1.
Team Tomi .
VS.
Team Duncan 2.
Valve squad alpha .
VS.
Valve squad bravo 3.
NIP team A .
VS.
NIP team B Or using that format you can search for your own. 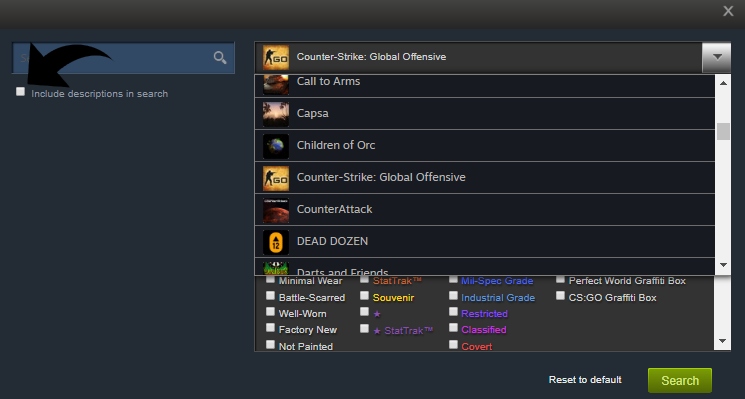 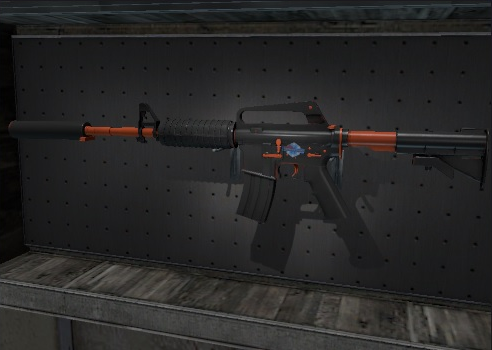 2013 souvenirs are an amazingly odd addition to the game.
For the stickers involved to the matches played, we all must agree these skins are oddly amazing.
The market for most of them is scarce, so get on the train now! Thank you for reading my guide, I am Aurora <3 and this is the end of my complete guide to 2013 souvenirs.
Please Favorite, like, and share because I updated every day I get new information.
I also own a trade server if you are interested: